Is The Trump Administration Reversing Support For WikiLeaks? 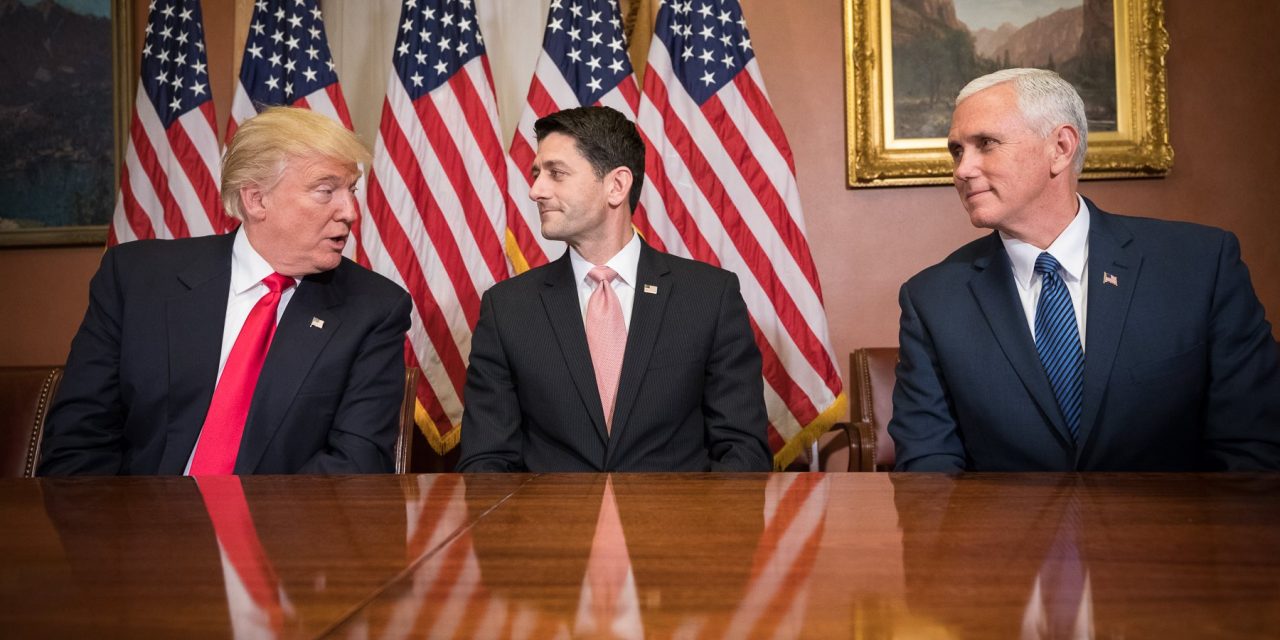 After months of public support for WikiLeaks, President Trump’s administration is now considering punishing WikiLeaks for the release of leaked CIA documents.

That’s how presidential candidate Donald Trump described his feelings for the anti-secrecy organization at a rally in October 2016. Trump was celebrating WikiLeaks for their release of documents leaked from the Democratic National Committee, specifically those from Hillary Clinton’s campaign chairman John Podesta. Hillary Clinton’s email and the corporate collusion that was revealed by their release, were a popular topic for Donald Trump during his campaign.

However, since WikiLeaks released  new CIA documents on Tuesday, the Trump administration has called for prosecuting the organization and whistleblower.

WikiLeaks exposed the Central Intelligence Agency’s spying capabilities in an explosive new document dump dubbed “Vault 7.” The vault is a massive collection of 8,761 documents related to CIA surveillance activities, including everything from the CIA’s infiltration of smart phones, televisions, and cars, to the creation of a hacking station posing as a U.S. Consulate in Germany.

WikiLeaks claims that the CIA recently lost control over a “majority of its hacking arsenal including malware, viruses, trojans, weaponized ‘zero day’ exploits, malware remote control systems and associated documentation”. The archive was apparently circulated among former U.S. government hackers and contractors before being shared with WikiLeaks.

The documents detail how the CIA’s hacking squad had blossomed to over 5000 registered users by the end of 2016 and produced more than a thousand hacking systems, trojans, viruses, and other “weaponized” malware.

The hacking tools are built by EDG (Engineering Development Group), a software development group within the CCI. The EDG creates, tests, and offers support on all backdoors, exploits, trojans, viruses, and other malware used by the CIA in its surveillance operations. As part of a program code-named “Weeping Angel,” the CIA was able to target Samsung Smart TVs via a ‘Fake-Off’ mode which would deceive the owner into believing the TV is off. In this ‘Fake-Off’ mode the CIA could use the TV as a recording device for conversations in the room.

According to Reuters, two officials speaking on condition of anonymity said that the intelligence community has been aware of the breach since the end of 2016 and that they believe the documents are indeed authentic. One of the officials told Reuters that the companies who contract with the CIA are already in the process of checking the computer logs and emails of employees who had access to the information leaked by WikiLeaks.

In response to the leaks, White House press secretary Sean Spicer told the press that the leaks undermine national security. “This is the kind of disclosure that undermines our country, our security and our well-being,” Spicer said. He also differentiated between the leaking of Podesta’s emails and the CIA documents, stating that there is a “big difference” between “undermining of Hillary Clinton” and “the leaking of classified information. There is a massive, massive difference between those two things.”

In an interview on Fox News’s “Special Report,” Vice President Pence also signaled a different outlook on WikiLeaks. “Trafficking in national security information, as is alleged WikiLeaks has done here, is a very serious offense,” Pence said. “It represents a compromise of the security of the American people.”

Pence said Americans “should be deeply troubled” by the leaks, which he claims are “designed to damage the Intelligence Community’s ability to protect America against terrorists and other adversaries.” Pence also stated that the President and the administration will “use the full force of the law and resources of the United States to hold all of those to account that were involved.” So far President Trump has not given a statement himself, but the words of his press secretary and vice president seem to indicate a change in tone.

However, if the president does indeed reverse his position on WikiLeaks it would not be the first time. As USA Today reported, Trump called WikiLeaks disgraceful in December 2010 following WikiLeaks release of classified cables from U.S. Embassies. “Trump, years prior to announcing his presidential campaign, appeared on the Kilmeade & Friends, a radio show on Fox News,” wrote USA Today. “In a clip posted on YouTube to preview the interview, host Brian Kilmeade mentioned WikiLeaks, saying, “You didn’t have anything to do with it, did you?” Trump replied, “Nope, but I think it’s disgraceful. I think there should be a death penalty or something.”

Trump’s call for a death penalty (presumably for WikiLeaks editor and founder Julian Assange) is actually not a new position either. During an interview on CNN, Trump called NSA whistleblower Edward Snowden a “total traitor” and in an interview on “Fox and Friends” Trump said that there still exists a “thing called execution” for people like Snowden.

So, according to President Trump, leaking information which exposes the massive surveillance state that exists in the United States is worthy of execution. To those who believe Trump is an anti-establishment president fighting off the forces of the globalists, please think again. Trump is a tool for the establishment and you are being played. Just like the Democrats were in 2008, the Republican-leaning individuals are also being deceived.

The sooner Trump supporters accept this, the sooner we can truly break free of the left-right paradigm and expose the corruption and tyranny from right and left.

This article may be freely re-posted in part or in full with author attribution and source link.