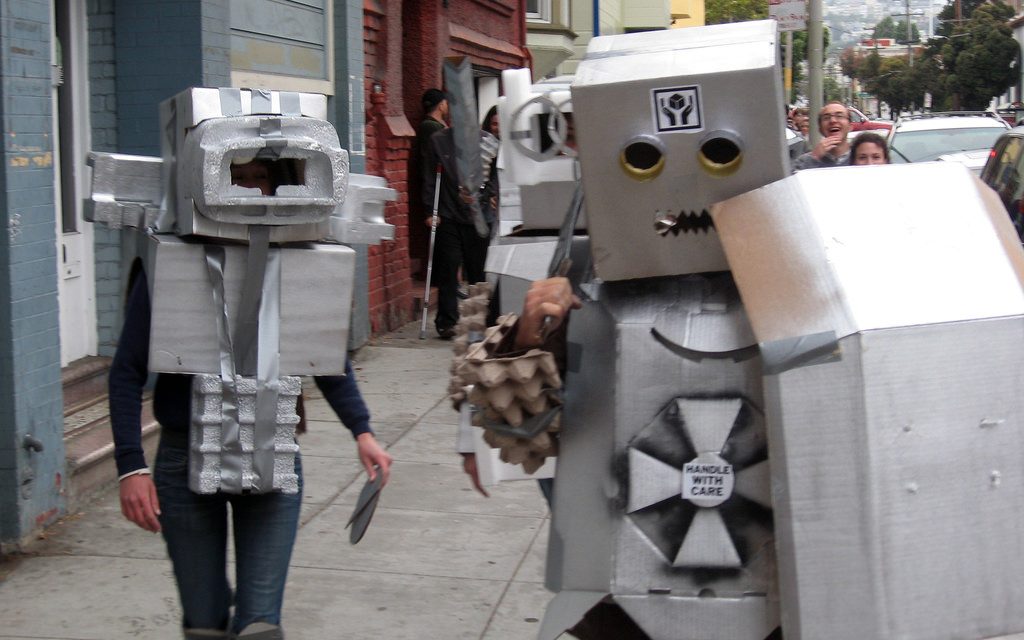 In January, when we exposed that up to 350,000 Twitter accounts could be fake, the social media world started to question its own reality. Now, a study from USC and Indiana University, that Twitter has roughly 48 million active bot accounts. That’s 15% of reported active users that are not human at all…

Earlier this year, a computer scientist in London has stumbled upon massive networks of fake Twitter accounts – with the largest consisting of over 350,000 profiles – which may have been used to ‘fake‘ numbers of followers, send spam, and boost interest in trending topics. On Twitter, bots are accounts that are run remotely by someone who automates the messages they send and activities they carry out.

Some people pay to get bots to follow their account or to dilute chatter about controversial subjects.

As The BBC reported, UK researchers accidentally uncovered the lurking networks while probing Twitter to see how people use it.

But now, as CNBC reports, a much bigger big chunk of those “likes,” “retweets,” and “followers” lighting up your Twitter account may not be coming from human hands.

Researchers at USC used more than one thousand features to identify bot accounts on Twitter, in categories including friends, tweet content and sentiment, and time between tweets. Using that framework, researchers wrote that “our estimates suggest that between 9% and 15% of active Twitter accounts are bots.”

Since Twitter currently has 319 million monthly active users, that translates to nearly 48 million bot accounts, using USC’s high-end estimate. The report goes on to say that complex bots could have shown up as humans in their model, “making even the 15% figure a conservative estimate.” At 15 percent, the evaluation is far greater than Twitter’s own estimates.

In a filing with the SEC last month, Twitter said that up to 8.5 percent of all active accounts contacted Twitter’s servers “…without any discernable additional user-initiated action.”

Since that equates to roughly 20 million more bot accounts than Twitter’s own assessment, that could be an issue in light of analyst concerns about user growth. In a recent research report, Nomura Instinet analysts wrote that “Twitter’s revenue growth has slowed to the mid-single digits, as the platform has struggled to attract new users over the past year…”

The research could be troubling news for Twitter, which has struggled to grow its user base in the face of growing competition from Facebook, Instagram, Snapchat and others. But, of course, Twitter itself tried to spin this as a positive?

A Twitter spokesperson said that while bots often have negative connotations, “many bot accounts are extremely beneficial, like those that automatically alert people of natural disasters…or from customer service points of view.”

The real concern, as Axios notes, is whether audience measurement companies should take bots into consideration as part of user traffic numbers, which affect advertising potential, if their behaviors mimic that of real human users.