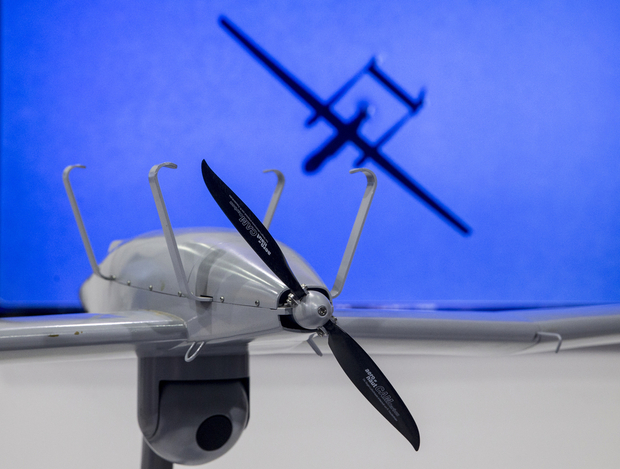 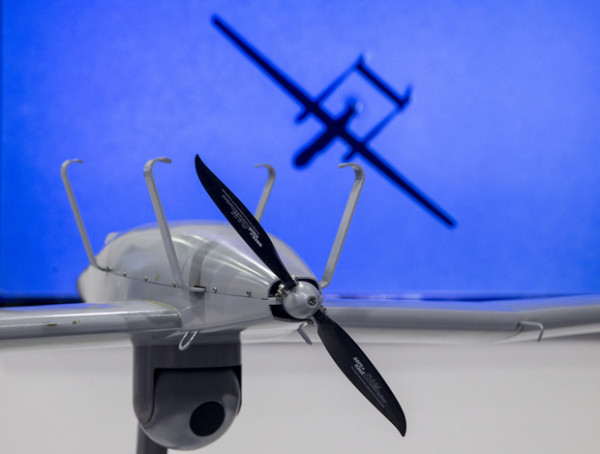 If Russia is using the ‘Forpost’ in Syria, it means that Iranian and Israeli drones are fighting on the same side of an armed conflict
Last September, Israeli and Russian media reported a deal between the Russian aerospace company Oboronprom and Israeli Aerospace Industries for the sale of 10 IAI Searcher drones to Russia.

Since the 2008 war between Russia and Georgia, in which Russia lost more manned aircraft than expected, there has been an urgent push to modernise Moscow’s obsolete unmanned aerial vehicle (UAV), or drone, fleet. In 2010, Russia signed a $400mn deal with Israel to purchase several modern drones from IAI.

While the 2010 deal did not receive much attention, the 2015 deal had the potential to be tremendously awkward because it occurred while Russia was fighting against an American ally, Ukraine, and supporting Israel’s enemy Iran with advanced military technology including the S-300 anti-aircraft system.

In the past, Russia and Israel frequently butted heads in regards to the military technology they export to third parties. In 2014 when Israel was mulling drone sales to Ukraine, Russia intervened angrily putting pressure on the Jewish state to cancel the proposal and sell UAVs to Russia instead. During the same period, Israel called on Russia to distance itself from Iran and discontinue the sale of anti-aircraft missiles to the Islamic Republic.

As the skies over Syria play host to more and more air forces, the proliferation of drones into Syria has taken some strange turns. It is well documented that Iranian drone technology has been employed by the Syria regime forces for years.

Many of the UAV models flown by the Syrian air force and its allies are Iranian knock-offs of American drones. On 4 February, Iranian media showed footage which appears to be of one of its Shahed 129 drones striking rebels in a field and destroying a house. Iranian Shahed-129 drones were previously spotted flying over Damascus suburbs and have been appearing in activist footage for years but until now were only known to conduct surveillance for the regime of Syrian President Bashar al-Assad.

America’s advanced drone fleet has been hunting and striking ISIS targets since 2014 when the US decided to confront the jihadi group inside Syria. Russia’s direct intervention in Syria at the request of the Assad regime was bound to add another level of complexity, with the Russian air force frequently following US drones and in one case posting footage of a close encounter online.

Russia’s government has previously stated it was flying drones over Syria though it was mute on exactly what models, perhaps with good reason. If in fact Russia is using the “Forpost” in Syria it means that Iranian and Israeli drones are fighting on the same side of an armed conflict.

For obvious reasons of national pride and the anti-Israeli image that Russia works very hard to promote through its propaganda outlets, Russia has re-baptised its small fleet of Israeli-built IAI Searchers as the “Forpost” which is Russian for “outpost”. At least two Russian Forposts have been brought down over Ukraine prompting anger at Israel from the Kiev government. Bloomberg news speculated that backdoor diplomacy surrounding Iran’s nuclear programme and the sale of S-300 missiles to the Islamic Republic was central to the deal between Israel and Russia. The article by Calev Ben-David and Ilya Arkhipov pointed out that Israel had been “conspicuously neutral” over Russia’s annexation of Crimea.

All speculation aside, there is a great deal of circumstantial evidence that Israeli UAVs are being used against the Syrian opposition in support of the Assad regime. A photo which was posted to the pro-regime Facebook page “Syrian Military Capabilities” which features images of regime and Russian aircraft has prompted a great deal of speculation in Israeli media and among Syrians on social media. The image is credited to the Syrian photographer Ahmed al-Khayer and is ostensibly taken in Latakia where Russia has its new airbase. In the Facebook group, the UAV is identified in the captions as a “Forpost”. Indeed the aircraft in question is identical to the Israeli-built Russian UAVs that were shot down over Ukraine.

Several other images of Russian aircraft flying over Latakia have also been posted to the same page by the same photographer adding weight to the possibility that the image is indeed authentic. Activists in Latakia are also claiming to have seen Forpost UAVs surveying rebel positions which would be consistent with the images on the pro-regime “Syrian Military Capabilities” Facebook page. The page itself features speculation as to the origin of the drone with someone commenting that the drone must be derived from an IAI Searcher and another commentator claiming to have seen the same model of drone circling their university.

Israeli media is rife with speculation with Ynet, the Jerusalem Post, and Israel’s News24 suggesting that drones of Israeli origin may be supporting Assad. The possibility of Israeli technology supporting the so-called “axis of resistance” has the potential to be a major embarrassment for Israel, Russia and the Assad regime. Syrian government official news outlets have remained predictably silent on the allegations.

The views expressed in this article belong to the author and do not necessarily reflect the editorial policy of Middle East Eye.