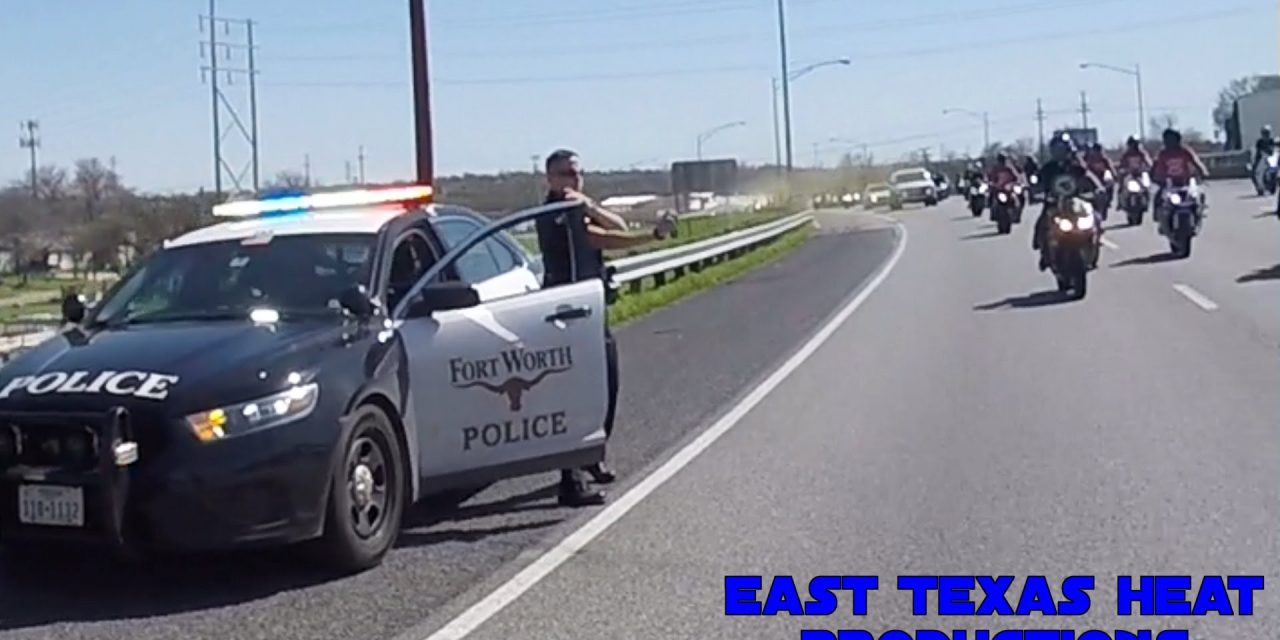 FORT WORTH, TEXAS: The Fort Worth Police Department acknowledges that one of their own was involved in endangering the lives of the people they are supposed to serve. A video that’s been making the rounds of Facebook clearly shows the dangerous and potentially fatal actions of the hot-headed officer. Fort Worth PD said they received the video this morning and that they will pass it along to fellow higher ranking authoritarians so they can investigate their buddy. Internal affairs will probably schedule a paid vacation for this bully soon. This belief that badges grant extra rights and the mistreatment of the public just continues to portray these armed goons as the monopolized gang members that they are.
The culprit (Officer Figueroa Badge #3921) 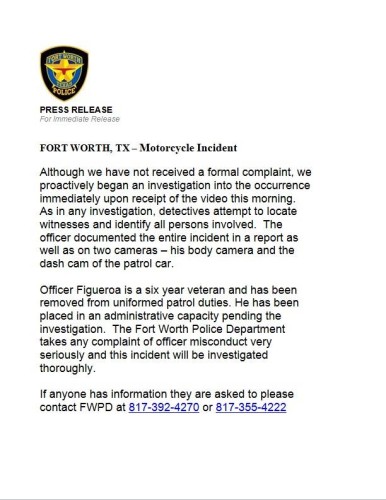 Although we have not received a formal complaint, we proactively began an investigation into the occurrence immediately upon receipt of the video this morning. As in any investigation, detectives attempt to locate witnesses and identify all persons involved. The officer documented the entire incident in a report as well as on two cameras – his bodycamera and the dash cam of the patrol car.
Officer Figueroa is a six year veteran and has been removed from uniformed patrol duties. He has been placed in an administrative capacity pending the investigation. The Fort Worth Police Department takes any complaint of officer misconduct very seriously and this incident will be investigated thoroughly.
If anyone has information they are asked to please contact FWPD at 817-392-4270 or 817-335-4222