It’s Official, McDonald’s and Monsanto Are Both ‘Losing Money Fast 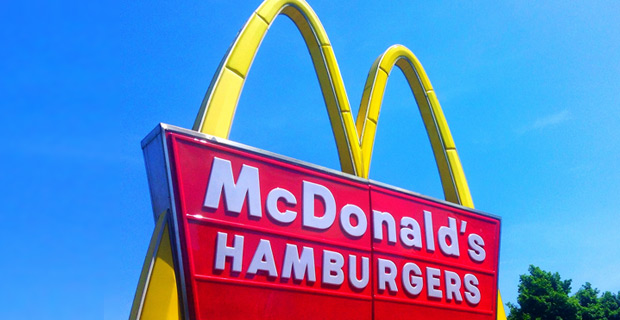 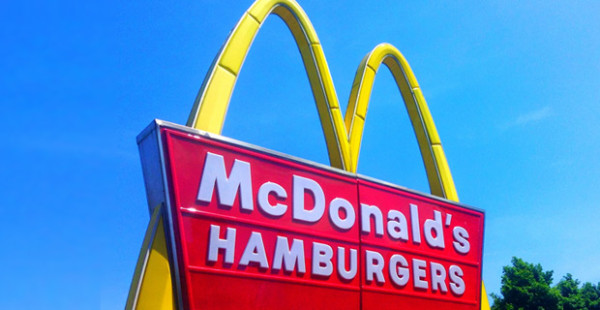 (myorganichunter.com)CNN asks, ‘Is McDonald’s doomed?’ Business Insider declares that ‘McDonald’s Is Losing America’ as the company fires its own CEO. What’s happening? As it turns out, the world is starting to ask what they’re truly eating in their food — and the new conglomerate of natural grocers and restaurants are trailblazing the way into an entirely new economic environment. In other words: people are simply tired of shoveling garbage into their bodies, and they’re not going to put up with it anymore.

Here’s just a few of the ingredients you can find in many fast food meals:

Dimethylpolysiloxane
A chemical known for its use in silicone breast implants, silly putty, and also… chicken nuggets

So are you surprised to find that many are turning away from fast food leaders like McDonald’s?

Nations around the world are already rejecting the ensemble of artificial ingredients included in many staple McDonald’s meal options. Back in 2013, their attempts to expand operations in Bolivia were completely shut down by the reality that the Bolivian citizens were not willing to purchase their fast food creations. As reported back in July of 2013:

“McDonald’s restaurants operated in Bolivia for 14 years, according to Hispanically Speaking. In 2002, they had to shutter their final remaining 8 stores because they simply couldn’t turn a profit—and if you know fast food companies, you know it’s not because they didn’t try.

The Golden Arches sunk plenty of money into marketing and campaigning—trying to get the food-loving Bolivians to warm to their French fries and burgers, but it simply wasn’t happening.”

And they’re absolutely still trying to become ‘relevant’ again in the United States, as natural food giants like Whole Foods are able to offer a medley of organic-based options for the same price of a Happy Meal with extra fries. Even CNN Money admits that with public knowledge expanding over these meal options, McDonald’s is fighting to stay relevant. Paul R. La Monica, reporting for the CNN Money column, writes:

“Are the meals no longer as happy for McDonald’s customers as they used to be? The fast food giant definitely seems worried.

McDonald’s (MCD) reported lackluster quarterly results last week. And company executives used the words “relevance,” “relevant” and “relevancy” a combined 20 times during its conference call with analysts. Translation: the leaders of the Golden Arches are very concerned about whether the company is still relevant.

If you look at the expected growth rates for Mickey D’s biggest burger rivals — as well as upstarts in the so-called fast casual restaurant chain industry — I’d be “Grimace”-ing too. (Sorry. But I miss that purple blob!)”

From Super Bowl commercials to mega marketing campaigns, McDonald’s is shoveling cash into their PR machine — something they have in common with GMO juggernaut Monsanto. Another company that is facing a financial loss amid increased awareness and international import issues. As the Associated Press article ‘Monsanto Loses $156 Million in Fiscal Fourth Quarter’ explains, the multinational corporation has entered a very unique loss period that spells out a lot about the future of its GMO technology:

“Monsanto Co. on Wednesday reported a loss of $156 million in its fiscal fourth quarter.

The results missed Wall Street expectations. The average estimate of analysts surveyed by Zacks Investment Research was for a loss of 24 cents per share.”

The news comes as Monsanto continues to spend millions in attempts to stop GMO labeling campaigns around the nation, funding opposition groups and ensuring that you don’t know what’s in your food. After all, there’s a reason that 96% of Monsanto shareholders absolutely do not want GMO labeling legislation to pass within the US — it could hurt business.

As information continues to spread on key issues like the prevalence of toxic substances within fast food meals and the reality behind GMOs and their secrecy, there is no doubt that these two companies (and many others) will experience the economic backlash. Will they change in order to meet the new economic shift?