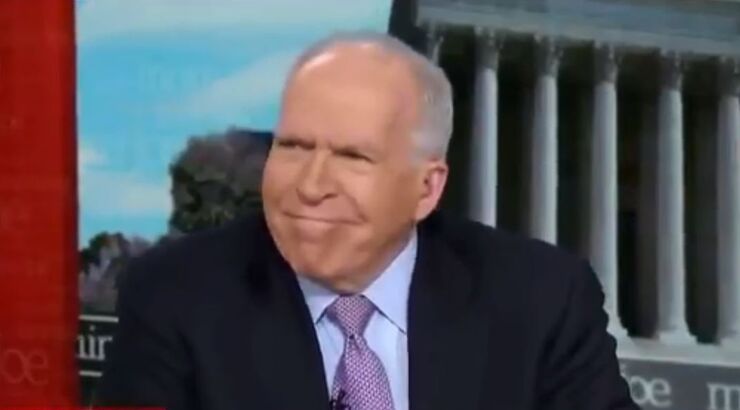 The presumption of innocence, as a foundation of the US judicial system, has seemingly been under attack since November 8th 2016. An allegation is made, media runs with the narrative, the seed of possibility of guilt is implanted in the minds of zombie Americans, and the accused is maligned forever – no court required. Simple.

And now, none other than former CIA Director John Brennan clarifies exactly how the deep state sees “due process”…

In an interview on MSNBC, Brennan, unblinkingly states that “people are innocent, you know, until alleged to be involved in some kind of criminal activity.”

With sincere apologies in advance to all US liberals who are offended by criticisms of former CIA chiefs, @JohnBrennan's understanding of the presumption of innocence is completely warped, but in the most unsurprising way imaginable: pic.twitter.com/IsE8ulSJMo

And not even a skip a beat from the MSNBC anchors.

Some have suggested, in Brennan’s defense, that he was being sarcastic, or even joking, but nothing in his delivery suggests that and furthermore, it’s not the smartest thing to say given the goings on at the margin of the legals system and the death–by-allegation media narratives that are swarming around the enemies of his deep-state attack.

Of course, we should by now know full well how to treat anything that comes out of Brennan’s mouth…

An all-time MSNBC/CIA/Brennan classic, from just a couple of weeks before Mueller closed his investigation without indicting any American for conspiring with Russia over the election. Maybe life-long disinformation agents aren't the best "news" analysts: pic.twitter.com/nPlaq5YVxf