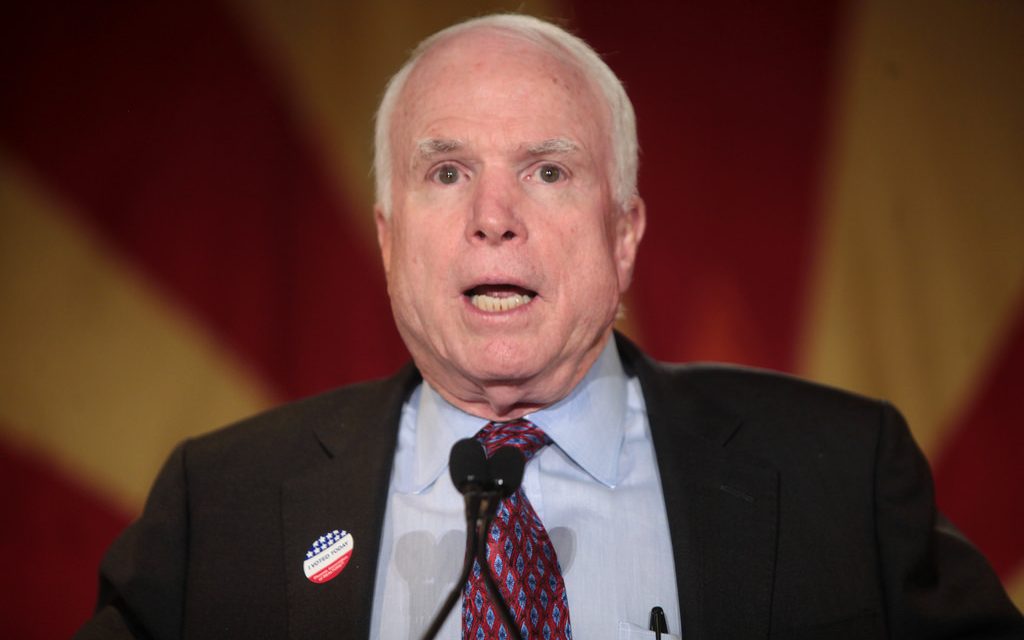 The six year Syrian proxy war to dethrone president Bashar al Assad quietly ended with a whimper yesterday when at a news conference in the Turkish capital, Secretary of State Rex Tillerson suggested the end of Bashar Assad’s presidency is no longer a prerequisite for a way out of the Syrian crisis, in a dramatic U-turn from Washington’s long-held policy.

“I think the longer term status of President Assad will be decided by the Syrian people,” said Tillerson at a joint conference with Turkish Foreign Minister Mevut Cavusoglu on Thursday, AFP reported. Later, UN Ambassador Nikki Haley echoed Tillerson, saying “Our priority is no longer to sit and focus on getting Assad out.”

“You pick and choose your battles and when we’re looking at this, it’s about changing up priorities and our priority is no longer to sit there and focus on getting Assad out,” U.S. Ambassador Nikki Haley told a small group of reporters.

“Do we think he’s a hindrance? Yes. Are we going to sit there and focus on getting him out? No,” she said. “What we are going to focus on is putting the pressure in there so that we can start to make a change in Syria.”

Under President Barack Obama, the United States made Assad’s departure one of its key objectives. The Syrian armed opposition also insisted upon the longtime leader’s resignation as one of the conditions during the Astana peace talks.

For those unaware, allowing the people of Syria to decide the fate of President Assad has been Russia’s stance since the conflict began. Moscow has repeatedly rebuffed any preconditions for Assad to step down before a political settlement of the crisis.

“The UN Security Council resolution and various decisions on Syria, adopted since 2012 with our proactive involvement, contain no demand or hint that Syrian President Bashar al-Assad must resign. On the contrary, they say that the people of Syria alone have a right to decide their future, and that the political process should involve all forces of Syrian society without exception, including ethnic, political forces, religious denominations and all opposition groups,” Russian Foreign Minister Sergey Lavrov said in a 2016 interview.

In other words, the entire proxy conflict, with thousands of lives lost, and millions of Syrian immigrants flooding Europe, has been for nothing.

Better yet, we have confirmation that Tillerson’s pivot was indeed groundbreaking courtesy of John McCain’s reaction. The Senate Armed Services Committee and prominent neocon said in a statement that “I am deeply disturbed by statements today by our Secretary of State and Ambassador to the United Nations regarding the future of Bashar al-Assad in Syria.”

McCain then slammed Tillerson, saying “Once again, U.S. policy in Syria is being presented piecemeal in press statements without any definition of success, let alone a realistic plan to achieve it.”

The angry neocon continued: “ultimately, the administration’s statements today could lead America’s true allies and partners in the fight against ISIS to fear the worst: a Faustian bargain with Assad and Putin sealed with an empty promise of counterterrorism cooperation. I hope President Trump will make clear that America will not follow this self-destructive and self-defeating path.”

He was not alone: Republican Sen. Lindsay Graham says if reports were accurate, “I fear it will be the biggest mistake since President Obama failed to act after drawing a red line against Assad’s use of chemical weapons.” He added that “This would be crushing news to the Syrian opposition and to our allies throughout the Middle East. I fear it is a grave mistake.”

With America’s two biggest neocons slamming Trump’s Syria reversal, it is safe to say that at least in this particular case, Trump made the right decision.