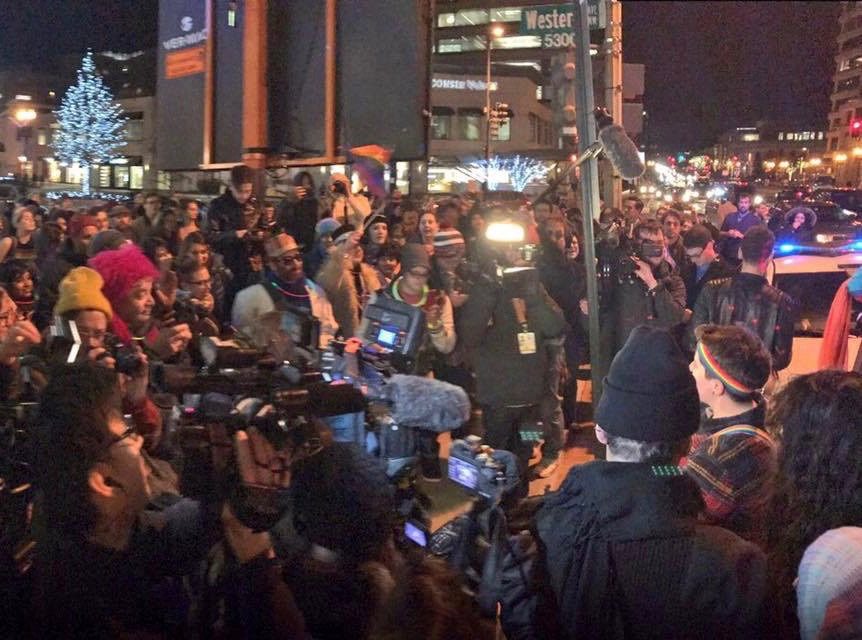 WASHINGTON D.C. (WeAreChange) — Four more journalists have been charged with felonies after they covered the unrest surrounding the inauguration of Donald Trump. These charges come after two journalists, Evan Engel of Vocativ and Alex Rubinstein of RT America, were arrested and charged with felonies while covering the same unrest on Friday morning.

A documentary producer, a photojournalist, a live-streamer, and a freelance reporter were each charged with the most serious level of offense under Washington DC’s law against rioting, after being caught up in the police action against Trump protestors.

All six were arraigned in superior court on Saturday and released to await further hearings in February and March, according to court filings. The Committee to Protect Journalists (CPJ) said late on Tuesday that charges against journalists who were covering the protests should be dropped.

These charges mean that the six media personnel face up to 10 years in prison and a $25,000 fine if convicted.

In all, more than 200 people were arrested on Friday, after property was vandalized in the US capital in the hours around Trump’s swearing-in as president. Police said that six officers suffered minor injuries.

The indiscriminate arrests of anybody who happened to be in areas where protests were occurring is a direct threat of the First Amendment and is very concerning to many, especially those involved in the independent media industry. It should be noted that most of the journalists arrested were freelancers.

WeAreChange’s Luke Rudskowki was on the ground in DC as the protests were occurring. He was caught in the mayhem as riot police unleashed pepper spray on both the protesters and the journalists covering the scene: