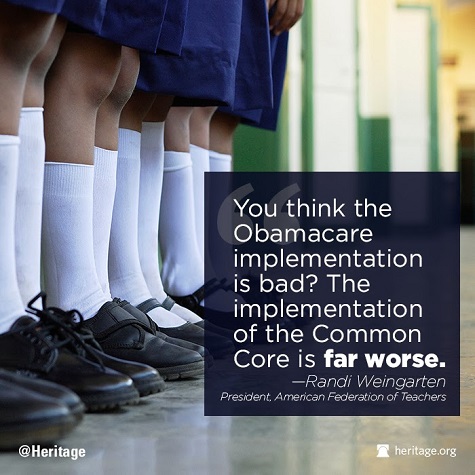 “I’m proud of the many parents, local school districts, and states that have resisted Common Core. I want them to know that they have partners in Congress working to roll back this harmful policy,” said Amash.The federal government began encouraging states and school boards to adopt certain national education requirements as part of “Race to the Top,” which was funded by President Obama’s 2009 stimulus plan. Amash voted against participating in Race to the Top as a state legislator.

Race to the Top provided more than $4 billion of federal funding to schools, but the program effectively conditioned the money on adoption of national education requirements. Compliant states and school boards also receive preferential treatment when seeking waivers from other federal mandates.

The resolution, H. Res. 476, calls on states and school boards to “maintain the right and responsibility of determining educational curricula” and on the federal government to stop providing incentives to adopt Common Core.

“The federal government should not impose Common Core standards and curriculum on our kids,” said Amash. “We have a strong tradition in this country of parental control of education, which fosters competition and diverse approaches to learning. That tradition is embodied in the Tenth Amendment, which is supposed to bar this kind of federal interference.”