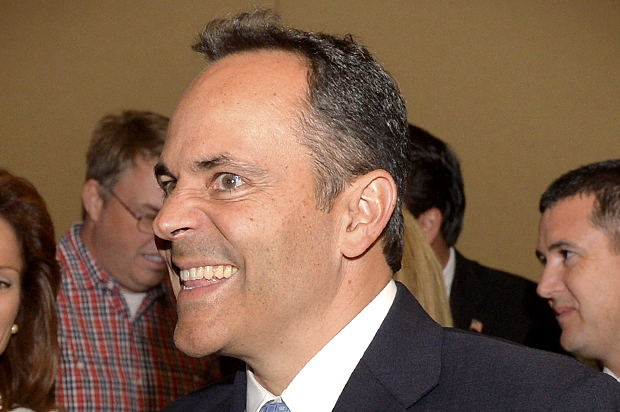 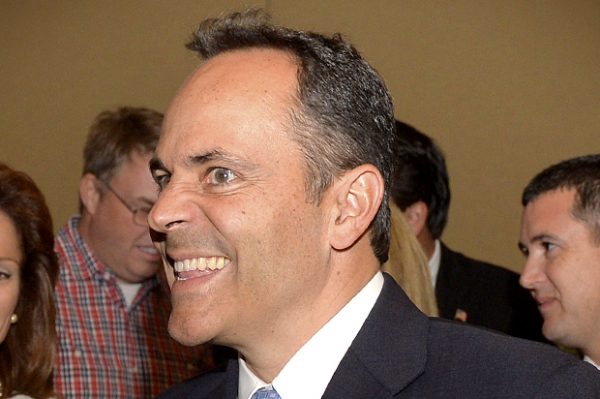 In perhaps one of the strangest tweets from a politician ever, Kentucky Governor Matt Bevin took to Twitter on Monday morning to gush over what appears to be a piece of vaguely heart-shaped excrement that he saw on the sidewalk of the Capitol.

Sometimes you find small signs of encouragement ?? in the most unusual places..(Sidewalk at the Capitol)?..#WeAreKY pic.twitter.com/audAK0RdRA

To be fair, it could be mud, extremely old gum, melted chocolate, or who knows what — but as social media noted — it really appears to be a piece of poop.

“Sometimes you find small signs of encouragement in the most unusual places..(Sidewalk at the Capitol)..#WeAreKY” Bevin tweeted shortly after 8 a.m.

In response to the tweet, many people responded informing the governor that he had just found encouragement in poop, and even sent photos of other “inspirational” poop, mocking the bizarre photo.

. @MattBevin Walking into work, I found similar inspiration to be all I could be. pic.twitter.com/FJwD1fa3E7

Others questioned his sobriety and/or sanity.

Bevin, are you off the fucking wagon or something? Gottdamn.

This is not the first time that the sitting governor has had a bad time on the social media platform.

In February, a twitterstorm was launched against the governor using the hashtag #AskBevinAboutMyVag, after he signed a bill into law requiring a woman to meet with her doctor, in person or through a video chat, 24 hours before undergoing an abortion procedure. The day before, a Senate committee had also approved a bill requiring doctors to perform an ultrasound and describe the fetus to women who seeked to end their pregnancies.

@MattBevin Since ur so interested in my gyno visits, will u require my doc to WARM HER HANDS before I'm probed? Thanx! #askbevinaboutmyvag

If I get my uterus its own gun, will the state finally stop regulating it? #askbevinaboutmyvag

Oh, look, it seems our governor DOES want to participate in #askbevinaboutmyvag pic.twitter.com/33nSn5mS0c

Bevin is also personally suing Planned Parenthood, alleging that they are operating an unlicensed abortion facility after his administration changed existing rules and created new regulations for the clinics.

The governor has also been widely criticized for reversing previously established executive orders to reinstate voting rights for those who have been convicted of felonies and raising the minimum wage for government employees.

In April, Kentucky Attorney General Andy Beshear filed a lawsuit against Bevin for slashing the budgets of public colleges and universities in the state — alleging that he was abusing his power.

“As attorney general, it is my job to make sure that no public official acts outside of his or her authority, regardless of position and regardless of party,” Beshear said at a news conference at the time.

Maybe the likely-turd was actually just the universe commenting on his gubernatorial term.