Lawmaker: It’s ok to aim guns at police if they aim at you first. 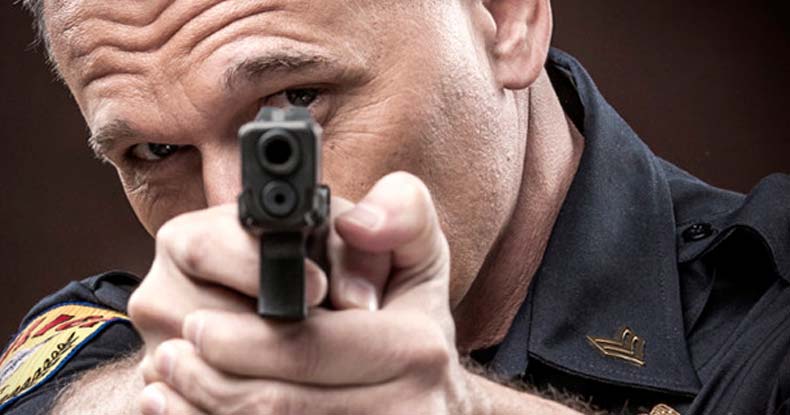 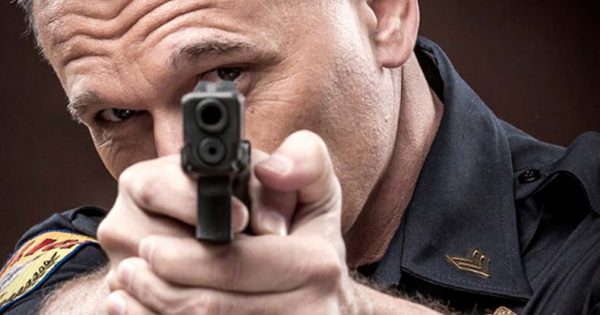 “I would never, ever point my firearm at anyone, including an officer of the law, unless they pointed their firearm at me,” asserted Nevada Assemblywoman Michele Fiore in an interview with Steve Sebelius of KLAS-8. “Now, once you point your firearm at me, I’m sorry, then it becomes self defense. So, whether you’re a stranger, a bad guy — or an officer — and you point your gun at me; and I have to decide whether it’s my life … well, I choose my life.”

Fiore’s obviously explosive statement comes amid her run for the Republican Party nomination for an open seat in the U.S. House of Representatives. During the interview, she characterized the federal Bureau of Land Management (BLM), in its overreach, as “nothing more than … a bureaucrat agency of terrorism.”

Sebelius queried Fiore on whether she felt Second Amendment protections should allow citizens the right to brandish their firearms at a “duly authorized law enforcement officer who is just out there doing his job.”

Fiore explained the right to self defense with a firearm applies to anyone who brandishes a weapon against you first — regardless of the person’s job status or title.

The Nevada Assemblywoman previously made headlines when she helped arrange the end of the occupation of a BLM building near Burns, Oregon — which culminated in a standoff between law enforcement and armed but peaceful ranchers and militia members.

LaVoy Finnicum, one of the BLM protesters, was shot and killed by law enforcement following a pursuit near Burns, when he exited the vehicle he had been driving in order to draw almost inevitable gunfire away from the passengers.

Known for her vehement support of the Second Amendment right to bear arms, Fiore asserted last year college women should arm themselves to prevent or thwart being raped — because everyone has “the right to defend him or herself from sexual assault.”

“If these young, hot little girls on campus have a firearm, I wonder how many men will want to assault them,” Fiore told the New York Times. “The sexual assaults that are occurring would go down once these sexual predators get a bullet in the head.”

Her latest statement — supporting self defense against cops — echoes a law passed in Indiana to massive public support that made legal shooting public servants if they enter a home illegally.

According to the Indiana law, a person is “justified in using reasonable force against a public servant if the person reasonably believes” such force is necessary to protect themselves or others in their home if they reasonably suspect “the imminent use of unlawful force,” among other clauses.

To wit, that very law helped overturn a man’s conviction for battery on a law enforcement officer in March 2015, as The Free Thought Project reported.

As police carelessly break down doors on innocent people’s homes — by simply having the wrong address — such self defense as protected by Indiana’s law, and as proposed by Michele Fiore seems to be common sense.
Sadly, it’s nearly certain the blind eyes refusing to recognize such a necessity, due to the epidemic of police violence, will dispute such a proposal — no matter how valid — for the sake of ‘gun control”