Too Little, Too Late: Bush/Obama In Louisiana 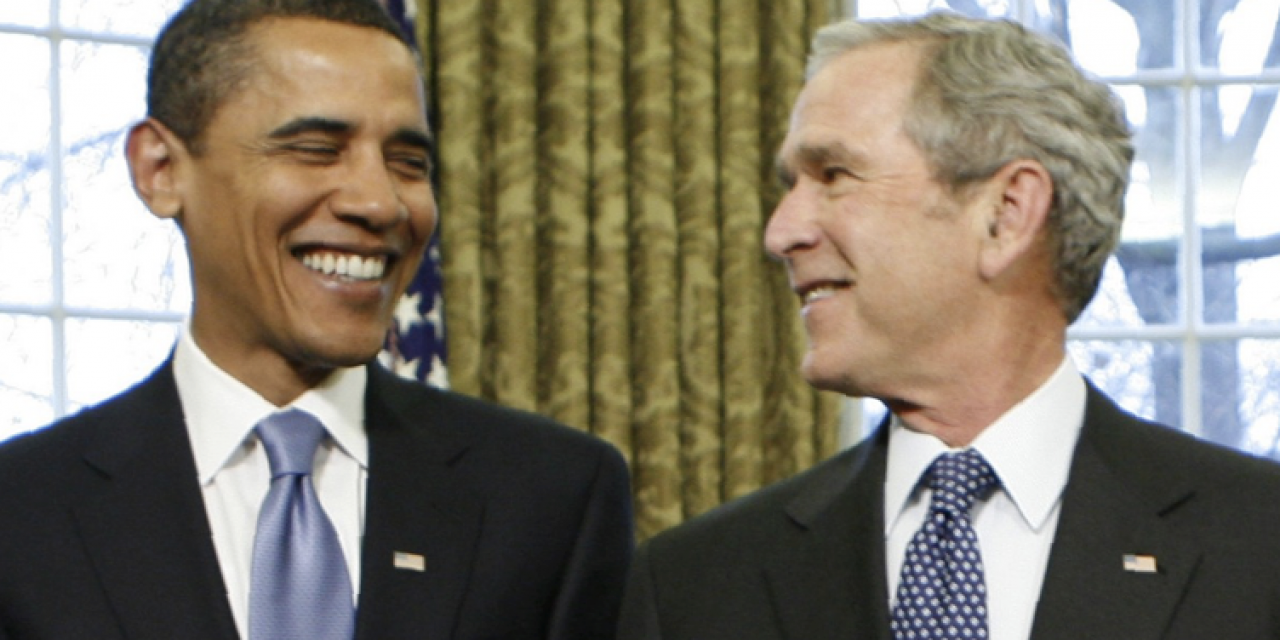 Because they are from different political parties, Barack Obama and George W. Bush are supposed to be complete opposites, right? Not quite.

Remember when Hurricane Katrina hit Louisiana in 2005? Over 1,200 people died and property damage was totaled at an estimated $108 Billion. Then-President Bush was heavily criticized for his lack of response, as he stayed on vacation while thousands of Americans endured unthinkable conditions.

So when massive flooding killed 13 people and damaged over 60,000 homes in Louisiana last week, and Obama responded by staying on vacation at Martha’s Vineyard, it reminded a lot of people of Bush’s response. A response that Obama criticized when he was a senator in Illinois.

“Indeed, if there is any bright light that has come out of this disaster, it’s the degree to which ordinary Americans have responded with speed and determination, even as their government has responded with what I consider to be unconscionable ineptitude,” Obama said in 2005.

Now, after receiving criticism for his initial response, and after Donald Trump took the time to visit Louisiana, Obama announced that he intends to visit this week.

However, this situation is just the beginning of the many similarities between Obama and his predecessor. Obama may have criticized Bush when he was campaigning to take his place, but that didn’t stop him from following in the footsteps of Bush’s policies.

Let’s take a look at three times where Obama criticized Bush, and then went on to do the SAME thing once elected:

1. The National Debt – When President Bush was elected in 2001, the national debt was at over $5 Trillion, and by the time he left office in 2009, it was at over $10 trillion. When Obama was campaigning in 2008, he went as far as to call the Bush administration’s spending “unpatriotic.”

But what did Obama do when HE was the president? He outdid Bush by adding more to the national debt in a shorter time span than any other president with $4 trillion in just four years.

As Obama’s own 8-year term comes to a close, the country’s national debt currently stands at over $19 trillion.

2. Mass Surveillance – It seems almost comical to think of Obama rallying against mass surveillance now, but when he was campaigning against Bush, he was more than happy to point out the importance of constitutionally protected civil liberties.

“This administration acts like violating civil liberties is the way to enhance our security,” Obama said in 2007. “It is not. There are no shortcuts to protecting America.”

Yet since his election, Obama has done nothing to ensure that those civil liberties stay in tact. Instead, Bush’s Patriot Act was replaced with Obama’s USA Freedom Act, and the whistleblower responsible for revealing that the U.S. government is wiretapping innocent Americans, is wanted on Espionage charges.

3. Foreign Policy – Let’s face it, if we were going to talk about all of the ways Obama changed his tune on foreign policy after he was elected, we would be here all day. Drone strikes, Guantanamo Bay, torture, troops in the Middle East, the list goes on. But one of the biggest places where Obama criticized Bush in 2007 was by accusing him of pushing a war in the Middle East that the American people did not want.

“There are going to be some significant institutional issues in terms of ‘how do we constrain a president who is pursing what the vast majority of—not only the American, but also experts and military observers—consider to be a wrong-headed policy,’” Obama said in 2007.

Yet, here we are, nine years later, and we have a president who has consistently pushed foreign polices that have only led to endless war. Who is the president that has continued to arm Syrian rebels, even though there is proof that his programs have failed and the majority of the rebels go on to join ISIS? And who is the president who continues to seek the overthrow of Syrian President Bashar al-Assad, despite the fact that overthrowing dictators in the past has only led to the rise of groups like ISIS? That would be Obama.

These examples are important, not just because they show the glaring similarities between a Republican and a Democratic, but also because they serve as a reminder of the way that first Bush, and now Obama put both our civil liberties and the future of our country in jeopardy.