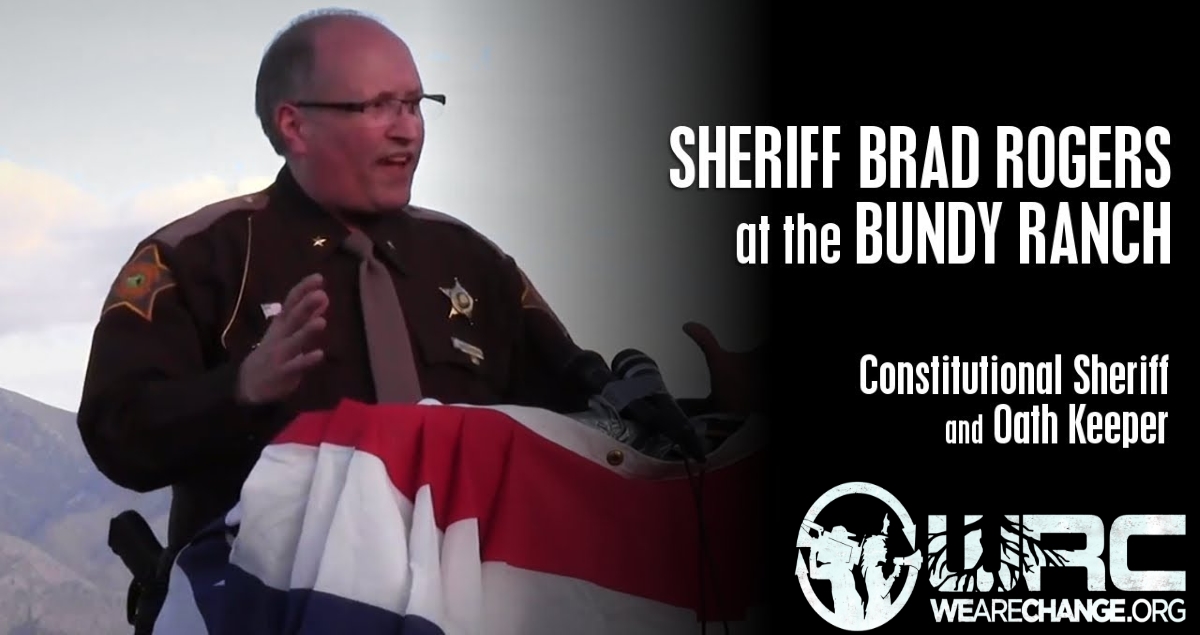 Indiana – Elkhart County Sheriff Brad Rogers, successfully stood up for his constituents in a showdown, when the Food and Drug Administration sent in some federal officials to pester a raw milk and organic food farmer.

Sheriff Rogers followed up on a complaint from a local farmer, David Hochstetler and discovered that he would use his position to side with them because he saw that there was no justified cause for the obtrusive inspections that have going on since 2011 around twice a month.

They were searching for a reason to shut down Forest Grove Dairy Farm, so Rogers stepped in and blocked it. Then he started speaking out about it.

The big agriculture backed FDA along with the Department of Justice (DOJ) started the harassment approximately four years ago just because the hard-working farmer was producing raw milk and supplying some of the organic food co-ops. Thankfully, the government’s steady war on small farmers was halted in this particular case.  Sheriff Rogers, authored a 600-word break down of the ordeal for the local newspaper in his contribution column called “Ask The Sheriff”.

“Specifically, the FDA was inspecting his farm without a warrant as much as every two weeks. Typical inspections occur annually. The Department of Justice (DOJ) had subpoenaed him for a grand jury in Michigan in which he was to bring his production documents. The Feds wanted to make this farmer an example.”

Rogers continued, “My research concluded that no one was getting sick from this distribution of this raw milk. It appeared to be harassment by the FDA and the DOJ, and making unconstitutional searches, in my opinion. The farmer told me that he no longer wished to cooperate with the inspections of his property.”

Sheriff Rogers wrote to the DOJ and let them know that he would take action if the federal inspectors came without a signed warrant that specified probable cause to give a clear reason why they needed to conduct their invasive searches:

“I understand that you have made recent requests to (the farmer) for documents and to appear before a grand jury, and he has had a number of inspections and attempted inspections on his farm within Elkhart County. This is notice that any further attempts to inspect this farm without a warrant signed by a judge, based on probable cause, will result in federal inspectors’ removal or arrest for trespassing by my officers or I. In addition, if any further action is taken by the federal government on (the farmer), while he is in Elkhart County, I will expect that you or federal authorities contact my office prior to such action. I will expect you to forward this information to your federal associates, including the FDA.”

Soon after his email was sent, the farmer got a certified letter in the mail from the DOJ that notified him that the grand jury subpoena was now cancelled. “Now, over four years later, the FDA inspectors and the DOJ, have not returned to the property since I interposed for the farmer. Some have suggested it was my interposition that caused the feds to stand down. I have no way of knowing this for sure, but the evidence would suggest so,” wrote the sheriff.

Sheriff Rogers exclaimed “Your local elected officials can stem the tide of federal overreach if they apply just a little backbone in supporting and defending the Constitution. Expect it! Demand it! Some bloggers and natural food writers have hailed me as a hero. I’m no hero. I’m just doing my job.”   He added, “Many of our parents/grandparents drank raw milk and survived. There are risks with raw milk, but careful handling and storage will mitigate the risk. Many people believe that raw milk is healthier to drink than the pasteurized version. There is no law in Indiana that prohibits the distribution of raw milk in this fashion. In short, I don’t believe the government should be our nanny and telling us what we can or cannot drink/eat.”

These key actions performed by Sheriff Rogers are right and this is what the people should expect and receive from their county sheriff’s and other elected officials.

Rogers came out a few months ago with his firm stance that he would ignore any and all gun control executive orders. With his solution to the problem as abolishing gun free zones. He also defended his decision to visit the Bundy Ranch back during the 2014 stand-off with the Bureau of Land Management.

Sheriff’s possess the most power in their home counties and are locally elected officials that can be a thorn in the side for the federal automatons that are hell-bent on the encroachment of Freedom. Blocking the government overreach in this instance can set forth an example for other sheriff’s to rise up and stand strong for the people they serve. The ultimate solution of educating the populous on how to repel the Tyranny can be accelerated with the continued support of these county bosses.