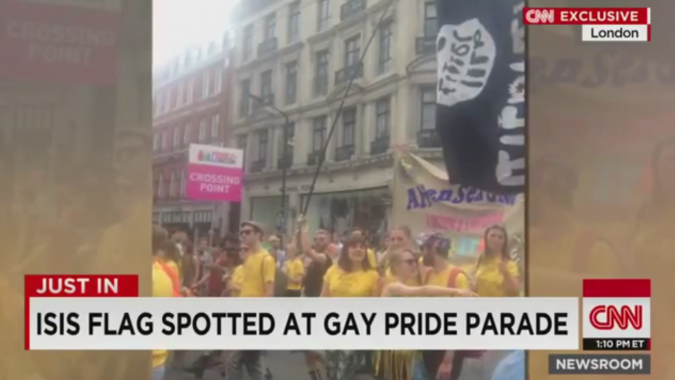 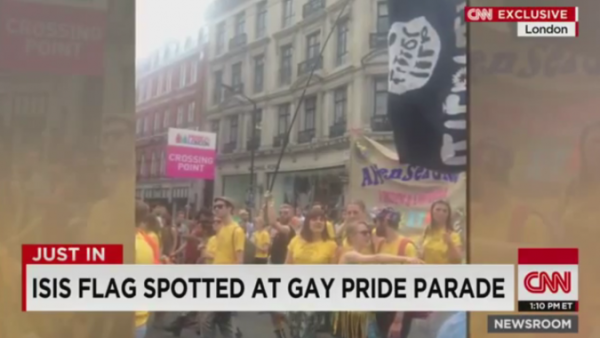 CNN reported Saturday that a man was flying an ISIS flag at London’s gay-pride parade, but it turned out to be a banner covered in sex toys.

CNN International reporter Lucy Pawle called in to the network after spotting the flag.

“I seem to be the only person who has spotted this, and nobody seems to be raising any questions,” Pawle added, saying that neither event organizers nor the police knew about the flag. She suggested later that it might be a “subtle” joke.

“It was very subtle and us Brits known for our subtle sense of humor but I’m not sure that everyone, if they had spotted it, might have thought it was particularly amusing,” Pawle added, with Malveaux saying, “it may be a parody.”

CNN also brought in national security analyst Peter Bergen for its “exclusive” report. Bergen seemed puzzled by the sight, saying that it’s unclear who was waving the flag or what his motivations were and repeatedly noting that a gay-pride parade is a strange place to wave an ISIS flag given the group’s anti-gay views.

Malveaux at one point wonders out loud if the flag could be a warning of a London attack: “This is our next location, this is our next attack,” she suggests.

In response to tweets mocking her report, Powle wrote, “I reported no such thing.” However, she did retweet those who identified what was really on the flag.