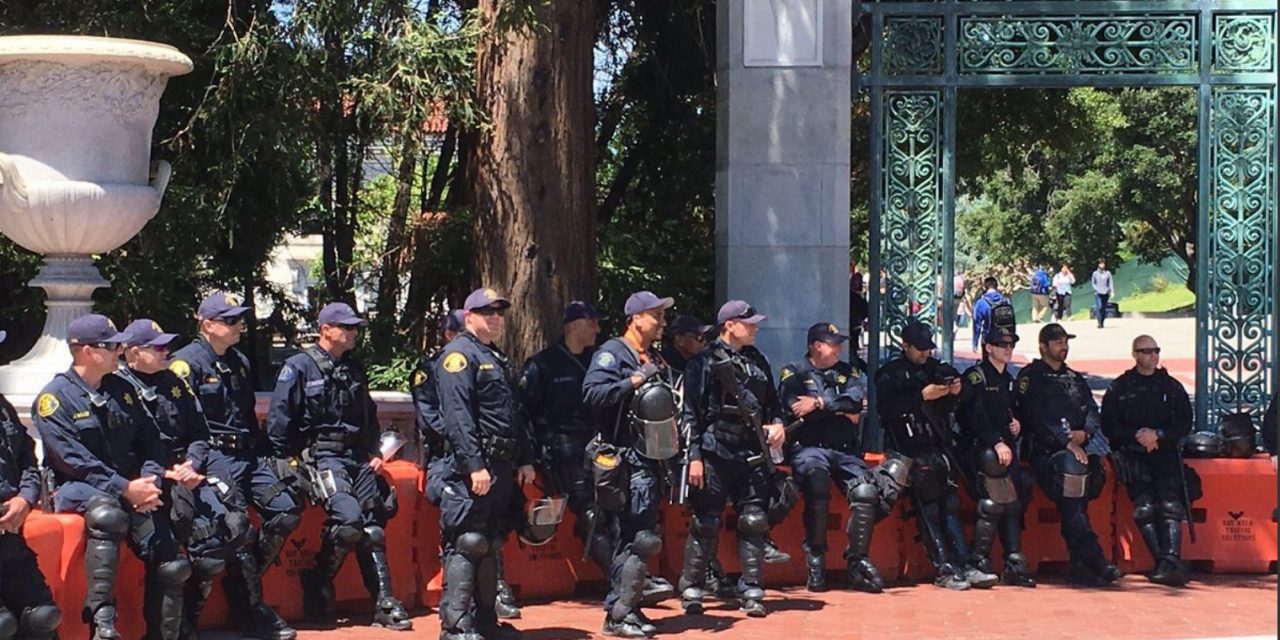 Luke Rudkowski is live on the ground at UC Berkeley, California, covering the Free Speech Rally today. Ann Coulter was due to speak but has canceled her appearance over safety fears. The atmosphere is likely to heat up quickly between pro-Trump protesters and Antifa. Violence has become common place at these types of events and is no longer a shock.

The line up for today’s event:

Freedom Of Speech Lives On in Berkeley with or without @AnnCoulter We will not be shut down. We will not stay silent. Come join us tomorrow! pic.twitter.com/PHpqi4Tl8g

We will all be reading from her speech. It's happening with or without her. https://t.co/MLPSLMLlkH

With violence escalating at every next event, Luke puts out a warning on Twitter about the possibility of people bringing guns to today’s event.

There is online chatter from AntiFa discussing bringing guns to Berkeley today. I'll be there on the ground live on https://t.co/zMzdwMf0DR pic.twitter.com/sAcdUNjMiA

Luke is correct in his assertion that protesters may be carrying glass bottles as weapons.

I really hope that AntiFa and the right wing protestors do not bring Heineken glass bottles to Berkeley today ughhttps://t.co/tIsNuOMind

Bottles were seen on April 15th, the last time Luke went live on the ground at UC Berkeley.

If you liked today’s broadcast, please consider donating to us. We have a whole team of writers behind this operation, not just Luke.  YouTube and Google Adsense are both severely hindering our ability to keep this operation going. We won’t be able to continue to bring you broadcasts like this if things keep up. You can donate here on the website or on our patreon. Thank you and remember We Are Change.