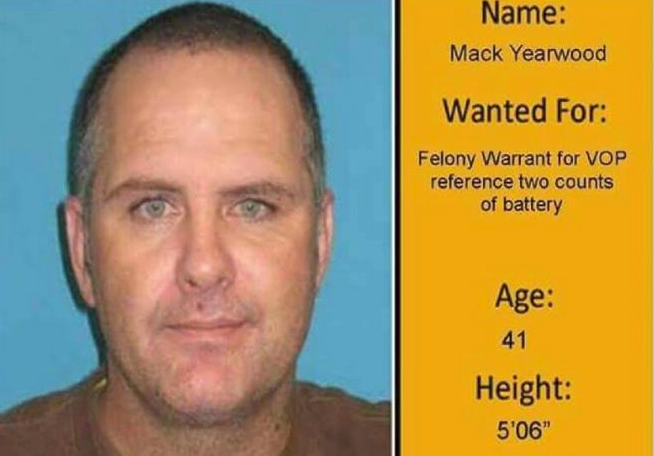 When you are looking for the best photo to use in your Facebook profile, choosing your wanted poster is not the best option. 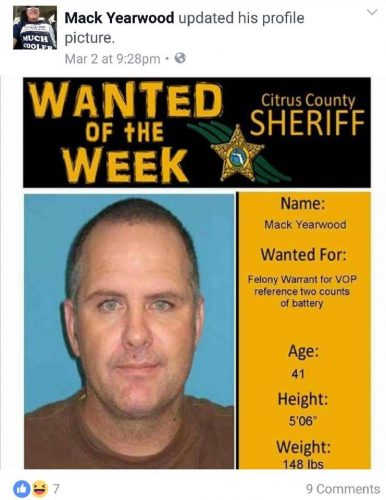 Mack Yearwood, 42, a carpenter for a construction company, learned this the hard way on Tuesday –when his photo on the social media platform lead to him being arrested for outstanding warrants.

On Monday evening, Florida’s Stuart police responded to the scene of a battery complaint against Yearwood, but he had fled the scene prior to their arrival. In an effort to find a photo to look for him, the officers hopped on Facebook.

“They went on Facebook and found that he had open warrants from another county,” Sergeant Heather Rothe told WPBF.

There, as his main image was Yearwood proudly displaying his “Wanted of the Week” poster from the Citrus County Sheriff — who were seeking him for violating his probation with two other counts of battery. Not only did he hand the officers his photo, he also alerted them that he was wanted — along with his age, height, and weight.

Under the photo, friends and relatives had even commented him warning him to take the photo down, stating “the cops use Facebook now!”

Yearwood responded to their concerns saying, “I’ll get it taken care of eventually, but at least they won’t come get me in Tennessee.”

The officers went back to his home on Tuesday, and arrested him on the two outstanding warrants. As he went to put on a pair of jeans, a bag of marijuana also fell from his pocket, adding an additional charge of possession of cannabis under 20 grams.

The department is still investigating the incident from Monday night, so Yearwood may end up facing even more charges.

The police told WPBF that they do not recall a suspect ever making it so easy for them to find out about outstanding warrants.