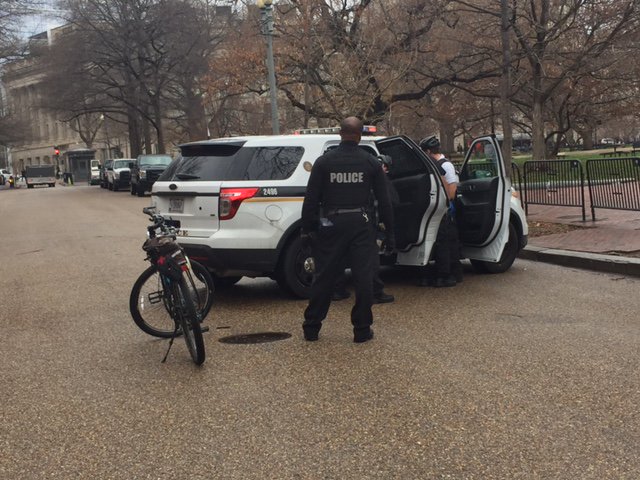 The White House was locked down for about 45 minutes early Tuesday morning following reports of a suspicious package near the grounds.

The unknown man allegedly approached a uniform officer at 15th Street and Pennsylvania Ave at around 10:15 a.m, yelled that he had a bomb and threw something over the White House fence.

The package was discovered near the North Lawn and the man was later detained by the Secret Service.

Reporters and journalists took to Twitter shortly before 10:30 a.m., saying the White House was placed on lockdown, the lawns were cleared and they were locked inside.

Reporters in the West Wing waiting for the lockdown to end. pic.twitter.com/UhT9BwAdom

The Secret Service confirmed they were investigating a “suspicious package” discovered near the White House and added that road closures were in effect.

USSS is investigating suspicious package; security perimeter established & members of the public & media are being moved to safe a distance

The lockdown comes after a series of security breaches by people jumping the White House fence have raised new questions about the agency’s ability to protect the White House grounds. One woman was arrested three times for jumping the fence – or, alternatively, for “trying to see the President” as CNN absurdly put it.

She jumped the fence. What the fuck is this headline? https://t.co/m57oTCxOzO

Are these incidents isolated episodes of random crazy people – or is someone testing Secret Service response times at the White House?