Man Sentenced To Six Months In Jail For Installing a Wind Turbine ! 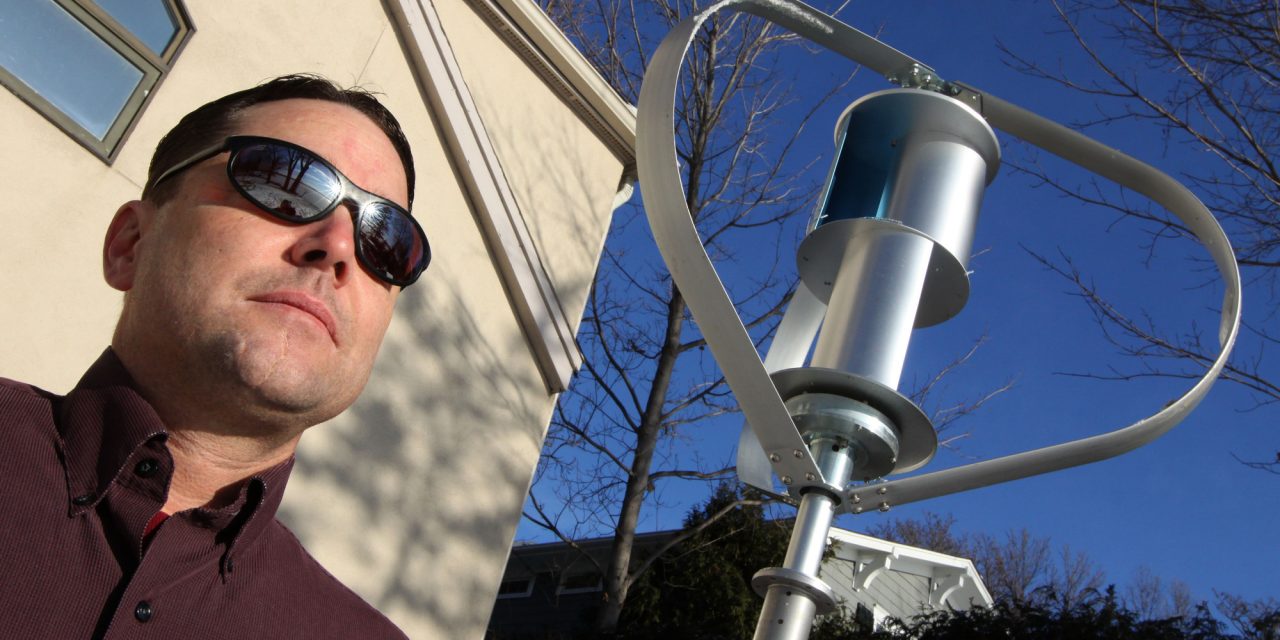 Jay Nygard’s decision to install a wind turbine on his own property earned him prison time. It’s the perfect example of how the US government has been criminalizing “off the grid” living and eroding the rights of private property owners in the process.

The US federal government, as well as many state and city governments, have been cracking down on individual property rights and sustainable living for some time. Thanks to their incredibly misguided efforts, it is now illegal in parts of the US to have a garden in your front lawn, collect rainwater on your own property, or live “off the grid.” You can even be arrested on your own property for protesting the installation of a pipeline that you never consented to. This troublesome trend is taking place, in part, because the government, and the “system” in general, wish to prevent a significant portion of the population from being independent, empowered and self-sufficient.

Another example of the government’s war on private landowners can be found in one Minnesota man’s six-year-long legal battle for having a wind turbine on his own property. The trouble started for Jay Nygard when he installed a 29-foot-tall wind turbine next to his home in 2010. Nygard is the owner of Go Green Energy, a company which produces miniature wind turbines as well as the turbines of the same make installed near his home. One can assume that he installed the wind turbine to take advantage of the products he sells for a living. Originally, legal issues emerged because neighbors complained to the city, saying that Nygard’s turbine was “an eyesore.” One of his neighbors, who sued him over the presence of the wind turbine, said that the turbine’s unpleasant visage took away their “freedom and enjoyment” of their property.

Nygard fought the courts, who ordered him to remove the turbine on more than one occasion, for years. Though he resisted, he eventually caved to the pressure and had the turbines removed. Yet, this was not enough for the city government who demanded that the turbines cement base also be removed. Despite the fact that three engineers said that the removal of the base would cause structural damage to Nygard’s home, the city continued to demand its removal. According to Nygard’s son, he even tried to add an easement to the house’s deed saying that when the house is demolished the pad must be removed. He managed to remove 50% of the base in order to avoid damaging his family’s home. Despite his best efforts, Nygard ultimately was given six months prison time last year for failing to remove 100% of the base.

This egregious example of the government disrespecting the rights of private landowners, particularly those looking to live a life independent of the so-called “system,” is becoming more and more commonplace each passing year. If the Obama administration is as concerned about climate change and the environment as they claim to be, why do they allow the criminalization of those seeking to live independently from fossil fuels? Clearly, there is more to the story.

This article (Man Sentenced To Six Months In Prison For Installing Wind Turbine ) is free and open source. You have permission to republish this article under a Creative Commons license with attribution to the author and TrueActivist.com
Read More: http://www.trueactivist.com/criminalizing-off-the-grid-living-the-story-of-jay-nygard/?utm_source=feedburner&utm_medium=feed&utm_campaign=Feed%3A+TrueActivist+%28True+Activist%29&utm_content=FaceBook