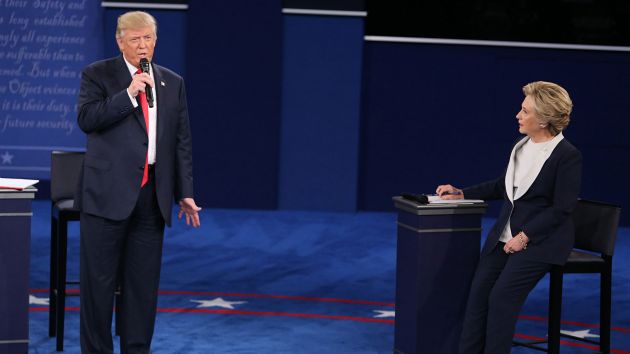 Trump has officially declared there will be no more further investigation into the Clinton’s by his administration.

Kellyanne Conway, senior adviser to President-elect Donald Trump, in an interview on MSNBC’s Morning Joe said Tuesday that Trump will not pursue an investigation into Hillary Clinton and Bill Clinton, taking back one of his controversial campaign promises to “lock her up.”

“I think when the president-elect, who’s also the head of your party now, Joe, tells you before he’s even inaugurated he doesn’t wish to pursue these charges, it sends a very strong message—tone and content—to the members,” said  Conway.

She further added, “I think he’s thinking of many different things as he prepares to become the president of the United States, and things that sound like the campaign aren’t among them.”

Trump has previously furiously promised to prosecute the Clintons, and even called Hillary Clinton out during the second debate, saying “If I win, I am going to instruct my attorney general to get a special prosecutor to look into your situation because there has never been so many lies, so much deception.”

Trump further added to Conway’s statement to MSNBC’s “Morning Joe”. While talking to the New York Times in an on-the record discussion Tuesday,  Trump said, “It’s just not something that I feel very strongly about, I don’t want to hurt the Clintons.”

Trump further suggested that he wasn’t taking potential investigations into Clinton off the table, which means Rep. Trey Gowdy’s recent announcement of re-opening the investigation is not going to be blocked by Trump and will continue.

Judicial Watch, who has sued and relentlessly pursued the State Department consistently to get more of Clinton’s emails released, urged Trump on Tuesday to “commit his administration to investigating Clinton,” while Tom FItton, Judicial Watch’s President promised to continue their own litigation and investigations to “help uncover possible further Clinton scandals.” Fitton added that they have asked the Federal Court to find government misconduct in Clinton’s emails and force the release of documents.

“For Trump to refuse to do so would be a betrayal of his promise to the American people to ‘drain the swamp’ of out-of-control corruption in Washington, DC. President-elect Trump should focus on healing the broken justice system, affirm the rule of law and appoint a special prosecutor to investigate the Clinton scandals,” said Fitton.