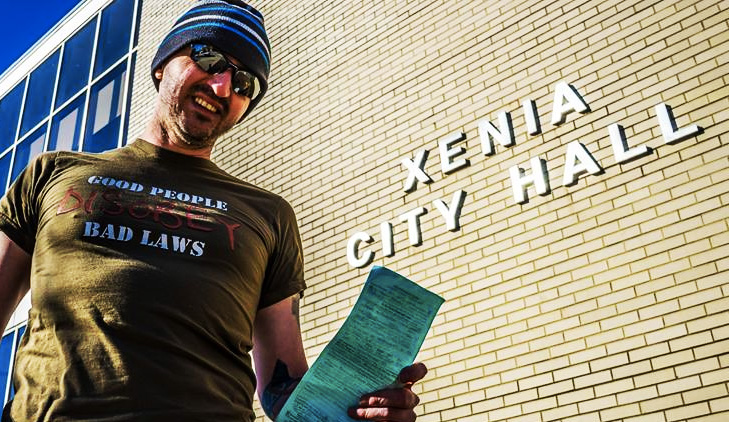 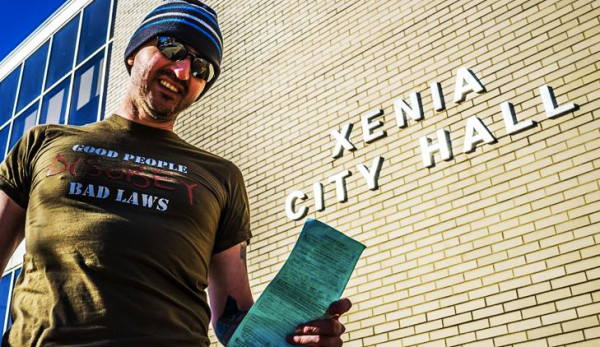 Last Thursday, March 26th, reporters from Counter Current News, Alternative Media Syndicate, The Anti Media, The Fifth Column, The Greene County Herald, Truth Voice and Cop Block all filled the court room in Xenia, Ohio to witness one of the most bizarre things in the history of the American legal system: a man being convicted of the “crime” of raising money for charity.

Virgil Vaduva is a reporter for the Greene County Herald. He is known throughout Greene County for his tireless activism on several fronts, including fighting for the rights of the poor and homeless. Tuesday, March the 31st, Virgil was sentenced for his “crime” of “panhandling” for the poor. What was the sentence? Judge Murray handed down the maximum sentence of 30 days in jail. He even added extra “punishment” of 100 hours of community service, to be carried out within 90 days.

His sentence went beyond the maximum sentence allowed by law. He gave me 30 days in jail, suspended for 2 years on condition of good behavior, $150 fine and 100 hours of community service to be done by July. This is a really harsh sentence considering there was no victim, violence or destruction of property involved. Unfortunately, the Xenia taxpayers will pay for this when I am done with them.

Xenia neighbors the infamous City of Beavercreek, where John Crawford was gunned down last August. Like Beavercreek, Xenia has an ordinance that outright bans asking someone for money. So while our reporters were in the court room, and one asked another person there to support the defendant if they had change to feed the meter, they were committing a criminal act. Moreover, another member of the media requested “a couple of quarters” outside for their parking space, as jury selection for this minor, fourth degree misdemeanor took all morning. That journalist too had committed a criminal act by making this request.

Last month Virgil Vaduva of the Greene County Herald joined journalists from Counter Current News and other organizations to inform the City Council of Xenia that the law against making such requests was unconstitutional and that similar laws have been challenged in court and overturned, time and time again. The very next day Virgil showed up outside of the City Council building and police department to “panhandle” for charity.

Virgil made it very clear that the act was one of protest and also that the funds were being donated to charity. He did so because he knew that in their arrogance, the City of Xenia would ticket him for something that was not actually even prohibited in their ordinance. Virgil came to court with a receipt from United Voluntary Services, attesting to the donation of 100% of the funds he collected. The judge refused to admit it into evidence.