Man Whose Son Was Killed In Afghanistan Surprises Pro-War Senator. 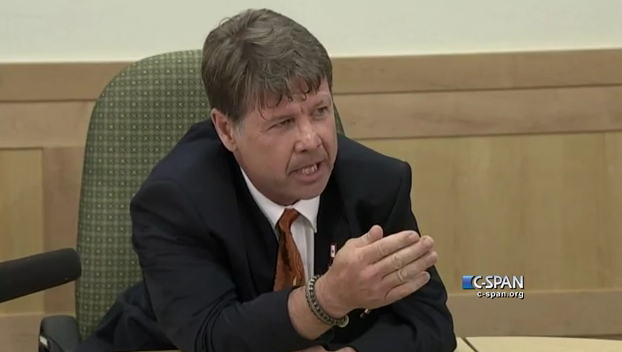 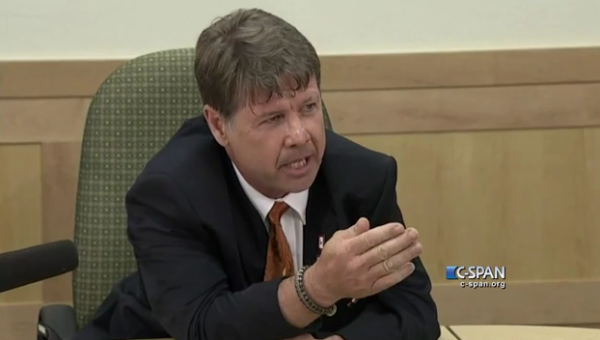 During a foreign policy talk at John’s Hopkins University Friday, the father of a man killed in Afghanistan railed against Sen. Tom Cotton (R-AR) for his pro-war posturing.

At one point during the event, Cotton asked the man sitting near him about the pins he was wearing. In response, Fred Boenig, a Pennsylvania radio host, said each pin represented his four sons who’d joined the military — one of whom was killed in combat in 2010.

“When I hear you speak, all I hear is somebody knocking on my door again,” he said to Cotton.

He then proceeded to question Cotton’s motives, asking him to recall the last time an American was killed in combat. When the Senator couldn’t answer, Boenig answered for him.

“Fifty-eight days,” Boenig said. “All I ever ask is the second question, since that’s not an important number to you: when do we get to hang up the ‘mission accomplished’ banner, and when do I get to get my kids to come home safe again? That’s the only thing that matters to me.”

Cotton responded that “there’s no definite answer because our enemies get a vote in this process. I’m deeply sorrowful for your loss and I greatly honor the service that all of your children have rendered, like all of our veterans do. But in the end the best way to honor our veterans …,” he said, before Boenig jumped in with “Is to have more killed?” The senator continued, “Is to win the wars in which they’ve fought.”

“My views are keeping our kids safe, which include my children…The difference between going yourself and sending your child is a much greater thing, Sir,” Boenig said. “I just think that when you speak of sending our kids again, let’s make it worth it.”

Cotton, an Iraq and Afghanistan war veteran and freshman senator, is considered one of the more hawkish members of Congress. He fully supports American combat in the Middle East and rejects Obama’s diplomatic approach to foreign policy. He recently implied that “several days of air and naval bombing” would be a quick way to address Iran’s nuclear program. He’s previously advocated for bombing ISIS, and lambasted Obama’s decision to refrain from sending troops to Syria.

“We have to be willing to send troops, or drones, or any other assets of national power to kill terrorists or capture them, wherever they are, if they pose a threat to American citizens and our interests around the world,” he told CNN earlier this year.