Marijuana Becomes Legal in D.C. Thursday at Midnight — Unless Congress Steps In 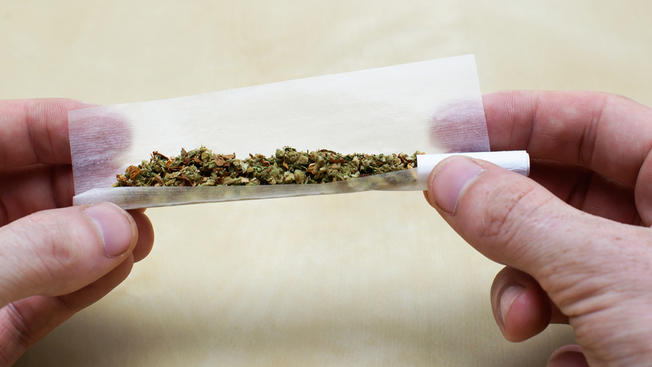 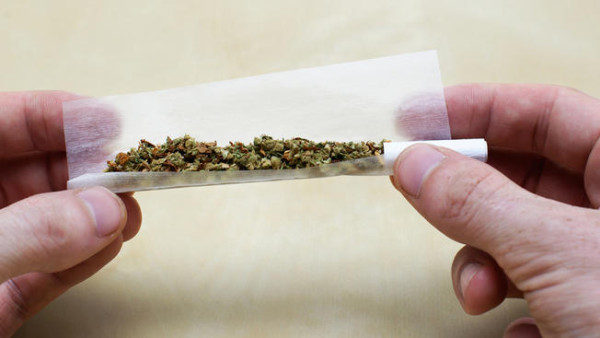 A law to legalize marijuana in the District will go into effect at 12:01 a.m. Thursday, unless Congress steps in at the last minute.
As a result, D.C. police officers will begin carrying business card-sized summaries of the new rules, which were publicly explained Tuesday and will be part of a public education campaign.
Q&A: What’s Legal, What’s Not With Pot in D.C.?
The law — which was approved by voters last fall — will permit possession of small amounts of marijuana by those ages 21 or older, with consumption allowed only in private homes and space. The card includes the following points:
Those ages 21 or older can possess up to two ounces of marijuana, grow up to six cannabis plants at home (with no more than three mature), or give away up to one ounce of marijuana to someone else (who also must be at least 21 years old).
Those younger than 21 cannot possess any amount of marijuana. Any such marijuana can be seized by an officer.
You can be arrested if you smoke or consume marijuana in public, have more than 2 ounces, or sell any amount of marijuana.
Those who drive while impaired or under the influence of marijuana will be prosecuted.
Under federal law, federal law enforcement officers may arrest anyone in the District for possession of any amount of marijuana, specifically on any federal property.
The last point is an important one.
DC Mayor: Congress Too Late to Stop Pot Law
Because the District includes both D.C. land and federal land, it’s important to note that the new law is only a local one. The new law doesn’t apply to possession on federal parkland, such as the National Mall, Rock Creek Park and traffic circles patrolled by U.S. Park Police.
And even on non-federal land, it will remain illegal to smoke or consume pot while in a public space.
The card’s back side lists health risks of using marijuana, noting, “You shouldn’t use marijuana just because local laws have changed.”
UPDATEDD.C. Council, Congress Head for Pot Showdown
The cards also note that if marijuana is seized because a person doesn’t provide proof of age, that person can pick up his or her pot from the police station within three weeks if they provide ID.
An information sheet distributed by Mayor Muriel Bowser’s office Tuesday morning is also spelling out exactly what would and wouldn’t be legal. The new law legalizes possession and consumption of marijuana in a user’s home, but does not legalize the sale of marijuana. No one would be permitted to smoke or consume pot anywhere in public.

There is still a great deal of confusion over how the District will deal with the new law.
“There are so many unanswered questions around it,” said Council member Jack Evans on Monday. “If you’re going to grow [marijuana], how do you get the seeds, because that’s illegal.”
D.C. Pot Law Causing ConfusionD.C. Pot Law Causing ConfusionCity leaders have a warning about the Washington D.C. law that makes small amounts of marijuana legal. (Published Monday, Feb. 23, 2015)
Bowser held a meeting Tuesday with Council members to lay out how she’s advising the public on the law before Thursday. But local leaders are still waiting to see whether Congress will move to block it.
D.C. Bans Pot Testing of Job Applicants
Last November, D.C. voters approved Initiative 71, which legalized the possession of pot for recreational use. But the following month, Congress passed a federal spending bill that also sought to halt legalization, with a provision forbidding the city from spending federal or local funds to “enact” the law.
Republican leaders in the House insist that D.C. is barred from spending any money to enact the pot law. But the District says Congress acted too late to stop the legalization bill itself from going into effect.
It’s unclear how the standoff will end.
UPDATEDD.C. Council, Congress Head for Pot Showdown
Earlier this month, the D.C. Council attempted to craft legislation to regulate and tax marijuana, similar to what’s done with the sale of alcohol. However, D.C. Attorney General Karl Racine cautioned the Council to back away from those plans because due to Congress’s restriction.
However, the District is still permitted to issue restrictions on marijuana. Bowser is expected to offer new legislation, possibly by next week, that would ban private clubs that would charge fees for attendees to smoke marijuana.
Alaska Becomes 3rd State to Legalize Marijuana
Medical marijuana is already legal in the District, and possession of small amounts of marijuana was decriminalized last year after Congress did not step in to block that law. Decriminalization made possession a citable offense similar to a parking ticket. However, since then, federal officers have arrested and charged about 30 people on federal land.