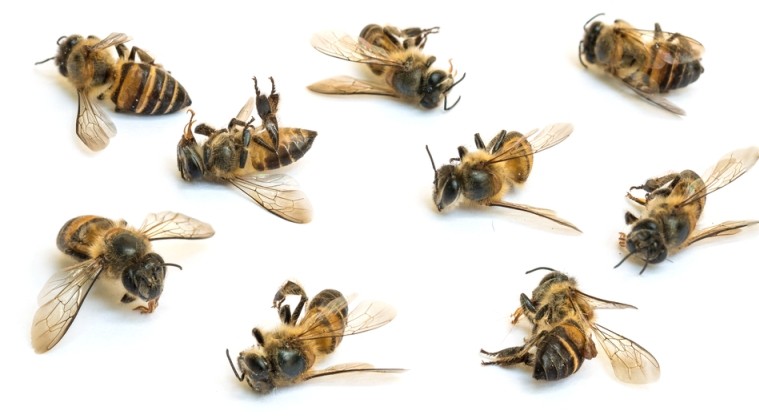 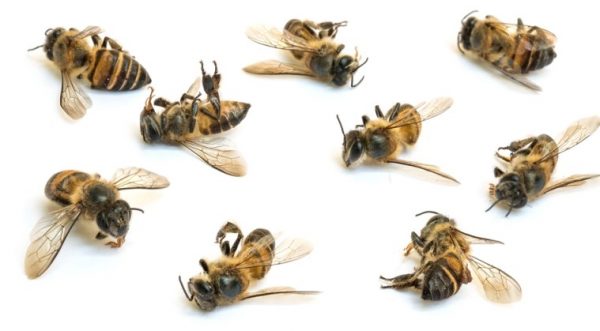 Neonicotinoids are a newer class of insecticides that are chemically related to nicotine. Like nicotine, they act on certain receptors in the central nervous system. In insects, they cause paralysis and death. After becoming concerned about the use of neonicotinoids and the health risks they pose to bees, as well as local waterways and other wildlife, the state of Maryland recently decided they’ve had enough.

Research shows that toxic neonictinoid pesticides not only kill and harm bees, butterflies and birds, they also pose a serious threat to food, public health and other wildlife, and they are playing a significant role in bees dying at alarming rates around the world. According to the Maryland Pesticide Network, beekeepers in Maryland lost 61% of their bees last year, which is about twice the national average.

Bees pollinate 71 of the 100 crops that make up 90% of the world’s food supply. Apples, blueberries, strawberries, tomatoes, carrots and broccoli are among the many fruits and vegetables that rely on bees.
bees

In an effort to save the honeybee population, the Pollinator Protection Act was created. The act aims to curb consumer purchases of products that contain neonicotinoids, and ensure that consumers are informed when plants have been grown or treated with them.

Maryland lawmakers recently passed bills that would ban stores from selling products laced with neonicotinoids to homeowners. The two bills, SB 198 and HB 211, are expected to be combined into a single piece of legislation for Governor Larry Hogan to sign within the next two weeks. Hogan’s signature would turn Maryland into the first state to ban the harmful pesticides from people who aren’t using them properly. When the law takes effect in 2018, farmers and professionals who have a better understanding of the pesticides and how to apply them in a way that poses a lesser threat to bees would be exempted.

According to the U.S. Department of Agriculture, honey production fell 12% last year among producers with five or more colonies. Neonicotinoids were first introduced to agriculture in the 1990s, but were only more recently made available to the general public. The pesticides seep into the plants, instead of just coating the surface. After reviewing studies, a team of global, independent scientists that formed the Task Force on Systemic Pesticides concluded that neonicotinoids were a key factor in bee declines and they should be restricted.

Products laced with neonicotinoids include Knockout Ready-to-Use Grub Killer, Ortho Bug B Gon, All-In-One Rose & Flower Care and Lesco Bandit Insecticide. Pending a signature, thousands of hardware stores and garden centers will have to take these products off of their shelves. Some companies, including Lowe’s, Home Depot, Whole Foods and BJ’s Wholesale Club have already taken steps to eliminate bee-killing pesticides from their stores.

Other states may follow suit. California, Alaska, New York and Massachusetts have all reportedly made attempts to limit neonicotinoids, but no piece of legislation has made it as far as the legislation in Maryland. Oregon is the only other state with a similar bill, banning the use of neonicotinoids on a certain species of a tree. Some individual cities have banned the use of the pesticides, including Portland, Oregon and Seattle, Washington, and the list is growing.