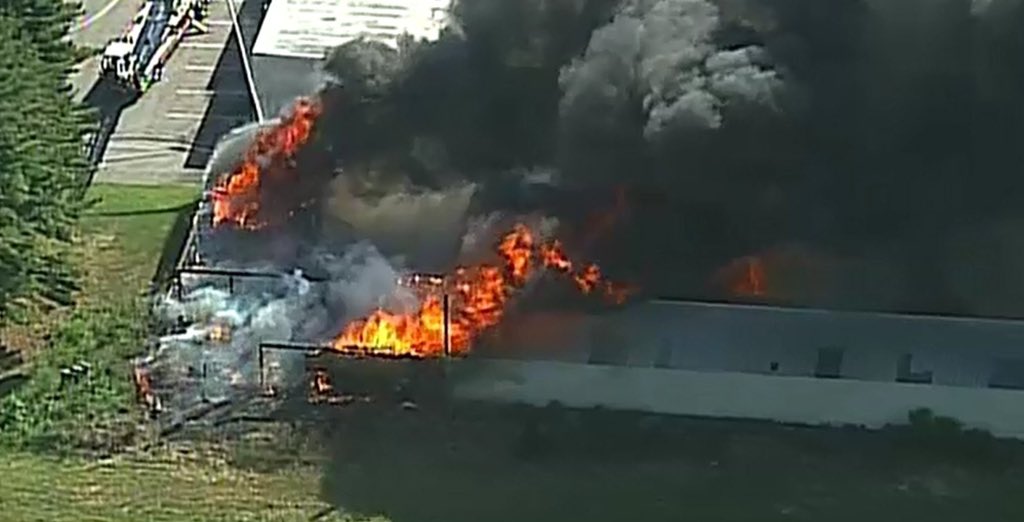 A week after the US Department of Agriculture had to temporarily close six offices in five states due to threats, a shed at one of their GMO focused complexes in Maryland was gutted in a mysterious blaze.

Rescue Engine 49 on scene for a fire in the USDA building in Beltsville. Photos from news helicopter footage. pic.twitter.com/yCYCHQgxpc

The Beltsville facility — which focuses on poultry diseases, as well as controversial genetic modification of vegetables, animals, and insects — was one of recipients of the anonymous threats last Tuesday.

“The mission of the Animal Biosciences and Biotechnology Laboratory (ABBL) is to develop the knowledge and technology to improve genetic and reproductive traits, nutrient utilization and disease resistance in livestock and poultry to enhance growth, product quality and maintain superior genetics for economic gain” the USDA website explains. “To accomplish this, we: study genes responsible for the uptake/utilization of nutrients and the impact of environment; identify innate immunity mechanisms in animals and host-pathogen interactions to develop strategies that enhance innate immunity; develop novel alternative antimicrobials to mitigate the use of classical antibiotics; refine nuclear cloning and genome modification technologies to enhance genetic potential; elucidate physiological processes regulating efficient prenatal and post-hatch development and survival; improve semen cryobiology and storage techniques and develop alternative strategies for germplasm preservation.”

“Yesterday, USDA received several anonymous messages that are concerning for the safety of USDA personnel and its facilities. As a precaution, USDA has closed offices,” department spokesman Matthew Herrick said in a statement last week.

“It’s a threat to do harm to people at the facility until the police arrive. They were going to break into the building,” West Virginia’s Jefferson County Sheriff Pete Dougherty told Reuters at the time.

The incident took place at the Beltsville facility in Prince George’s County in a storage shed that reportedly contained posters. Nobody was injured in the fire, which was extinguished within two hours of the first reports.

The USDA has not commented on whether or not anything was stolen in the potential arson, and the fire department and the Federal Bureau of Alcohol, Tobacco, Firearms and Explosives are working together while investigating the fire. They have not yet confirmed if it was related to the cyber threats.

So far, no animal or environmental rights groups have claimed responsibility for the fire.