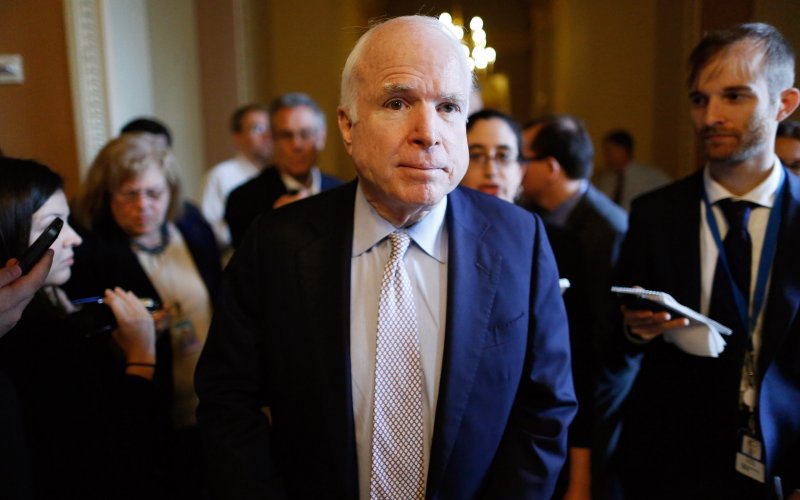 The United States should send in special forces to rescue the hundreds of girls kidnapped by Boko Haram—whether the Nigerian government gives permission or not, according to Sen. John McCain.

“If they knew where they were, I certainly would send in U.S. troops to rescue them, in a New York minute I would, without permission of the host country,” McCain told The Daily Beast on Tuesday. “I wouldn’t be waiting for some kind of permission from some guy named Goodluck Jonathan,” he added, referring to the president of Nigeria.

Of course, it’s not exactly a surprise that McCain holds this view. He’s been a longtime advocate for increased U.S. military activity in crises around the globe—from Syria to Ukraine.

McCain said that if he were the American president, he would already be doing several things to respond to the kidnapping of the over 200 girls by the Nigerian terrorist group that the Obama administration has so far declined to do. Those measures include prepositioning U.S. special forces to be ready to enter Nigeria and rescue the girls if the opportunity arose. He said that the United Nations charter authorized military intervention on behalf of the girls because their abduction rose to the level of “crimes against humanity.”