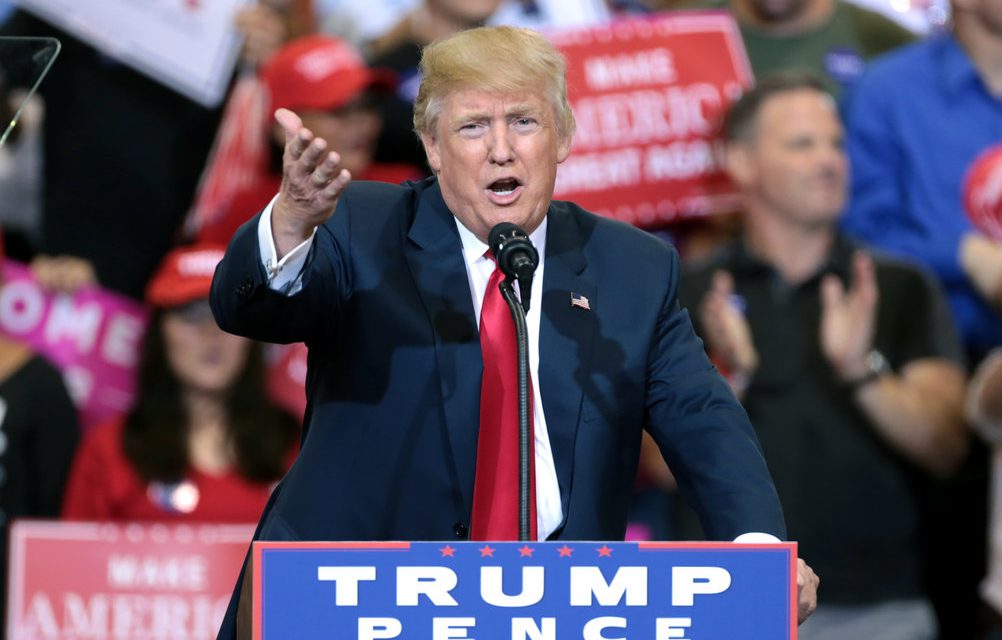 The majority of Americans find the media coverage of Trump to be overly critical and exaggerated.

Three weeks after a poll found that the Trump administration was seen as more “truthful” than the news media, a new WSJ/NBC News poll has found that according to a majority of Americans, the media’s coverage of President Donald Trump has been too critical, although the margin is narrow and the split is once again largely down party lines.

While 51% rate the media as too critical of Trump since the presidential election, 41% say the coverage has been fair and objective, while 6% say the media hasn’t been critical enough.

Furthermore, a majority of those polled, some 53%, also believes that the news media have exaggerated problems in the Trump administration. 45% say that is not the case.

79% of those whose primary news source is Fox News agreed with the statement that “the news media and other elites are exaggerating the problems of the Trump administration, because they are uncomfortable and threatened by the kind of change that Trump represents.” Even large numbers of more-liberal MSNBC audience, 40%, thought that the media had overstated the problems.

The poll failed to provide insight into whether the escalating feud between Trump and the press is working in Trump’s, or the media’s favor: as the WSJ notes, “it isn’t clear what role Mr. Trump’s barrage of attacks on the fairness and credibility of the press has played in shaping the majority’s opinion that coverage of his administration has been too negative.”

Trump’s most recent attack on the mainstream media took place at the Conservative Political Action Conference on Friday, when he bashed the media’s use of unnamed government sources and called on reporters to stop the common journalistic practice of reporting news gathered from anonymous sources.

That said, the survey respondents offered strong reactions, both positive and negative, to the president’s outspoken critiques of the media. “I think his views about the press being fake news is horrible and I think it is a fascist viewpoint,” said one respondent.

Others disagreed, and said Trump’s assault of the media has been warranted due its “one-sided” coverage. Another person said Trump, in critiques such as calling some mainstream news organizations ”fake,” is doing what he said he would do during his campaign. After covering President Barack Obama for eight years, the media “don’t know what to do with someone who has a different opinion, which is half the country,” the respondent said.

Separately, in the same poll, Trump’s job approval rating stood at just 44 percent, a record low for a newly inaugurated commander-in-chief, and half of Americans say that his early challenges suggest unique and systemic problems with his administration. The new rating comes two days before Trump is set to address a joint session of Congress, a State of the Union-style speech in which new presidents typically lay out their vision for the country. 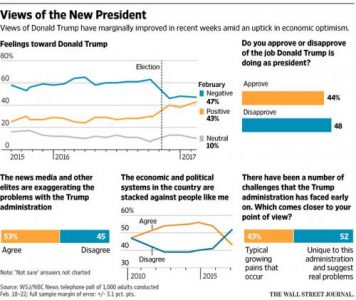 To be expected, Trump’s approval split was vast between republicans and democrats. The president’s personal favorability rating stood at 85% positive among Republicans, compared to just 34% positive among independents and nine% among Democrats.

While only 30 percent of those polled overall say that Trump is off to a “great start,” 63 percent of Republicans agree. A similar share of Democrats – 58 percent – say that Trump’s lack of policy knowledge and his temperament demonstrate that he is not up to the job of being president.

In the poll, conducted February 18-22, 48% of Americans said they disapprove of Trump’s performance as president and 32% said that his first month in office demonstrates that he is not up to the job. Asked about early challenges in the first month of his presidency, 52% called the issues “real problems” that are specific to his administration, while 43 percent of Americans attributed them to typical “growing pains” for any new president. 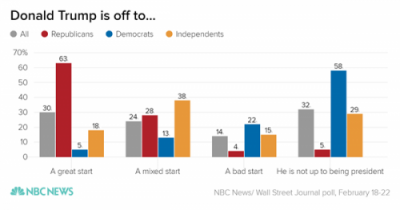 Some details from the poll:

Trump retains net positive scores on his decisiveness (net positive 29 percent), his ability to “get things done,” (net positive 12 percent) and his fitness to deal with the economy (net positive 11 percent). Six-in-ten Americans said they are hopeful and optimistic about the future of the country, including an overwhelming 87 percent of Republicans (but just 37 percent of Democrats). And a majority of respondents to the poll – 57 percent – also said that Trump is likely to “bring real change in the direction of the country.”

Among those who think Trump is likely to bring change, 63 percent believe those changes will be positive, while 30 percent disagree. On the other hand, Trump continues to register particularly dismal ratings when it comes to his temperament, with just 18 percent giving his demeanor a thumbs up compared to 55 percent who rank it as poor.

So how does Trump’s approval rating compare to the media? A survey from last September found that Americans’ trust in the mass media dropped to its lowest level in Gallup polling history. Just 32% said they had a great deal or fair amount of trust in the media, compared with 53% in 1997.

In other words, even at his “record low” 44% approval rating, Americans still seem to have more faith in the president than the media, even as both are engaged in a brutal feud with each other.