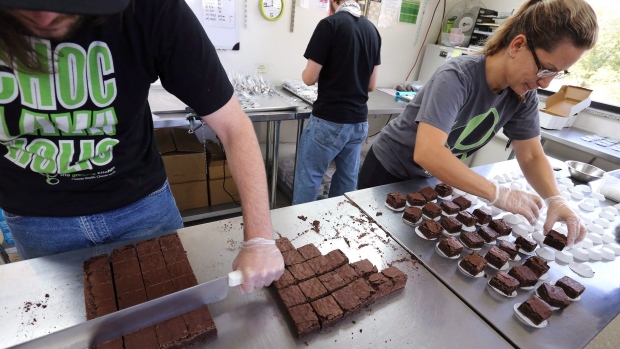 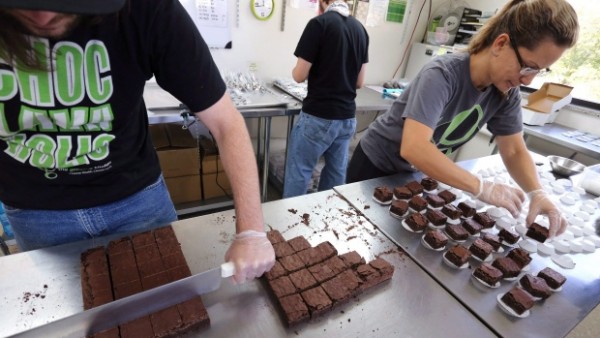 (CBC.CA)Medical marijuana patients will now be able to consume marijuana — and not just smoke it — as well as use other extracts and derivatives, the Supreme Court of Canada ruled today.

The unanimous ruling against the federal government expands the definition of medical marijuana beyond the “dried” form.

Marijuana activist responds to ruling
?Medical marijuana ruling due today at Supreme Court
The federal government’s court-case losing streak
The country’s highest court found the current restriction to dried marijuana violates the right to liberty and security “in a manner that is arbitrary and hence is not in accord with the principles of fundamental justice.”

Restricting medical access to marijuana to a dried form has now been declared “null and void” — Sections 4 and 5 of the Controlled Drug and Substances Act, which prohibits possession and trafficking of non-dried forms of cannabis, will no longer be in effect.

The respondent in this case, Owen Smith, called it “a very emotional day.”

“I’m proud and really happy today for all those people who are going to benefit from this ruling,” he said at a press conference in Victoria, B.C.

The decision upholds earlier rulings by lower courts in British Columbia that said they went against a person’s right to consume medical marijuana in the form they choose.

Many users felt smoking it was even potentially harmful. However, methods such as brewing marijuana leaves in tea or baking cannabis into brownies left patients vulnerable to being charged with possession and trafficking under the law.

My QP: Why does my child have to smoke his medical marijuana?
the fifth estate | Marijuana in Canada: Pot Fiction
According to evidence submitted to the trial judge, it came down to forcing a person to choose between a legal but inadequate treatment, and an illegal but more effective choice.

“It’s a positive — it’s a great thing for patients … and people who need extracts who can’t smoke their cannabis or don’t even want to in the first place,” said David-George Oldham, founder of The ARC, a consortium of cannabis patients, doctors, activists and chemists.

“Imagine smoking seven grams of cannabis when you’re having a migraine so bad that just moving your fingers is excruciating pain,” he said during a scrum outside the Supreme Court.

“Taking a [cannabis] pill is a lot more sensible and having pills stocked in my cupboard makes a lot more sense than having just raw cannabis out and about in my house.”

The federal government, however, isn’t pleased.

“Let’s remember, there’s only one authority in Canada that has the authority and the expertise to make a drug into a medicine and that’s Health Canada,” she said during a press conference.

“Marijuana has never gone through the regulatory approval process at Health Canada, which of course, requires a rigorous safety review and clinical trials with scientific evidence.”

The case stems from Smith’s 2009 arrest in Victoria.

Smith, a baker for the Victoria Cannabis Buyers Club, was found with more than 200 cookies and 26 jars of liquids, including cannabis-infused massage oils and lip balms. The baker was charged with possession for the purpose of trafficking and unlawful possession of marijuana.

The club delivers medical marijuana products to its members, but doesn’t have a licence to produce it.

At his trial, Smith argued that the law under which he was charged was unconstitutional and violated Section 7 of the Charter of Rights and Freedoms, which guarantees the right to life, liberty and security of the person.

The British Columbia trial judge agreed and acquitted him. A B.C. Appeal Court also ruled in Smith’s favour, under the principle that no one can be convicted of an offence under an unconstitutional law.

The federal government then appealed that decision to take his case to Canada’s top court. Thursday’s decision affirms Smith’s acquittal.

The Appeal Court had also suspended its declaration for a year to give Parliament time to rewrite the law. The Supreme Court has now deleted that suspension, saying otherwise it would “leave patients without lawful medical treatment and the law and law enforcement in limbo.”

Ambrose said the federal government will fight against the court’s “normalization” of marijuana.