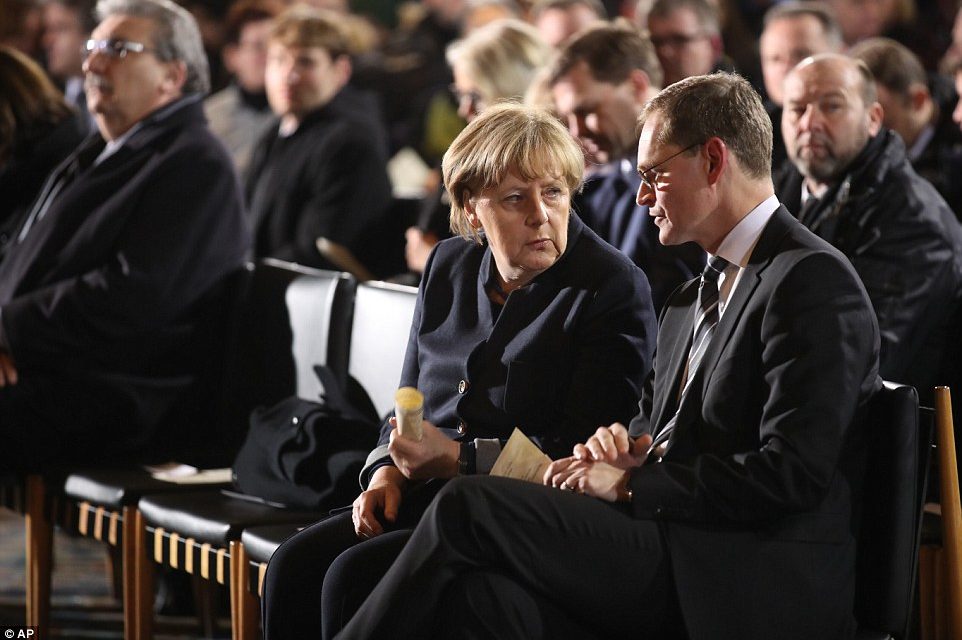 (CALEBREPORT.COM) — Monday’s terror attack in Berlin left 12 dead and another 48 injured after a truck with a Muslim terrorist behind the wheel ploughed into a crowd of people at a Christmas market. As at writing, the perpetrator remains at large after police captured the wrong person.

Initial reports said the suspect’s identity is either Pakistani or Afghan. I wouldn’t be surprised. Regardless, ISIS has claimed responsibility for the attack and issued a statement through their official news agency Amaq praising the perpetrator as a “soldier of the Islamic State”.

Chancellor Angela Merkel said it would be “hard for us all to bear” if the Berlin attacker was indeed a Syrian refugee.  Not near as hard as it would be for the victims, I bet.

But you see, Merkel’s to blame for this attack anyway. The entire Muslim terrorist/rapefugee problem was caused by no one else but her.

She created the failed multicultural “Open Doors” policy bringing in some 1.5 million mostly male Muslims to Germany behind the guise of “tolerance” and “diversity.”