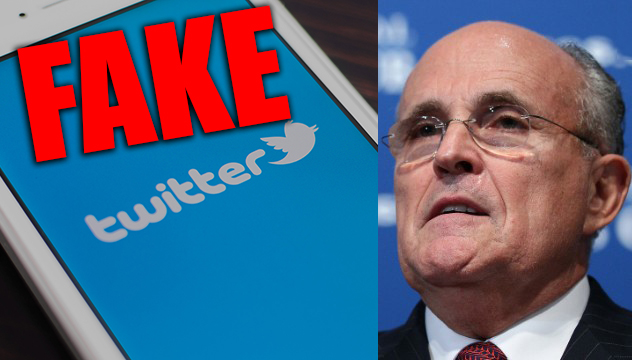 The Twitter account “@RudolphGiuliani” was suspended after posting a series of Tweets, including an “official statement,” about “PizzaGate.” The Internet was quick to question why the former mayor of New York City would speak out on the subject in such a way. The only problem is… the account is fake.

In October, Giuliani told Chuck Todd on Meet The Press that he was aware of at least four different accounts using his name, when he was questioned about a tweet from the account “@rudygiulianiGOP” critiquing Donald Trump‘s debate performance.

“I didn’t tweet that. That’s not my tweet. I never said that. That’s somebody pretending to be me. There are about four of them out there that pretend to be me,” Giuliani said.

Shortly before the imposter @RudolphGiuliani account was suspended on Tuesday, the user—which was not verified—posted an image purporting to be an “official statement” from Giuliani about topics such as “PizzaGate” and 911.

The statement was very erratic and jumped from topic to topic. It claimed that “if I deny this on TV don’t believe what you see they have technology 20 years ahead far beyond what is available to the public” and that “they can create a real-time CGI human-like avatar.”

While it is true that you should not trust what you see anymore thanks to technology like “Face2Face” and avatar-like holograms demonstrated during the 2008 election in the video below, that does not change the fact that this account is not legitimate.

If you look through the archive of this account’s tweets you can clearly see it is indeed a fake. In fact, its very first tweet is “Im Rudy Giuliani mother f*ckers,” as noted by this voat thread.

It’s also worth noting that the account was very hostile towards other people on twitter as is displayed by this screenshot of its tweets. You can verify this by visiting this archive.is link of the account’s tweets from September 2016. 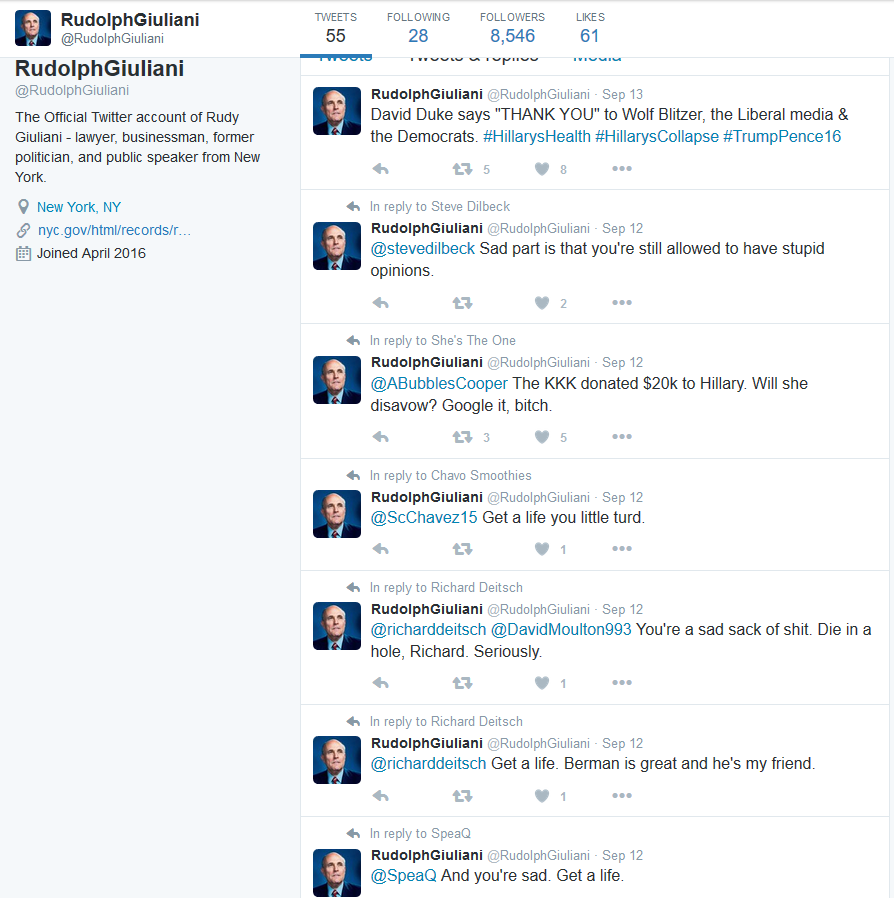 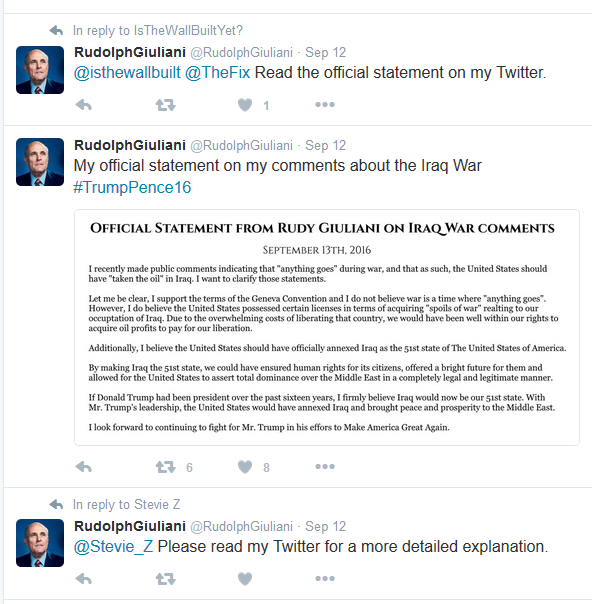 The user also posted a series of tweets with one accusing the owner of Comet Ping Pong—James Alefantis—of “murder and child molestation” and another saying that the fake Giuliani was prepared to “spill the beans” shortly before its suspension. The account even went as far as to publish an “official statement” that was purported from Giuliani claiming that the “PizzaGate” rumors are “completely true.”

The only problem is, once again, this is disinformation as the account is not run by Giuliani. It is against Twitter rules to impersonate someone, so this ban is the first in a long string of bans by Twitter that are justified. You can read the full fake statement below, although, it must be said that I agree with Trump’s transition team member Michael Flynn Jr. – who was fired – that Pizzagate is not over until certain questions can be answered, as there are too many coincidences. 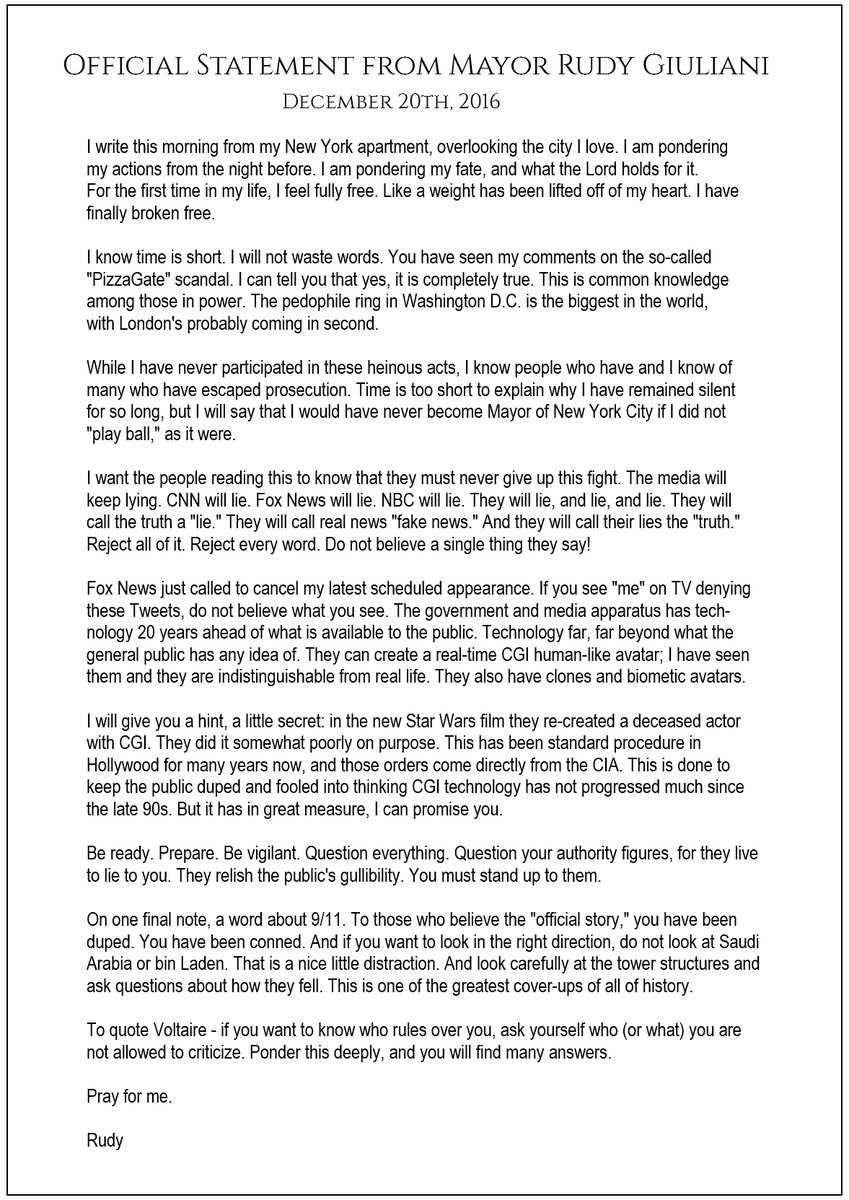