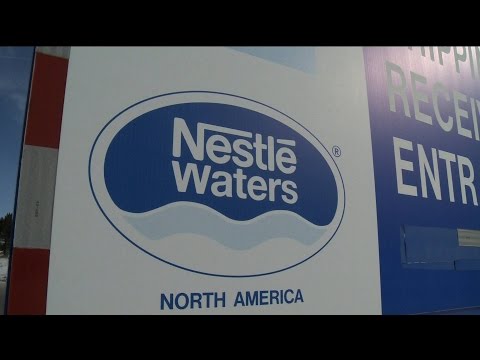 Nestle, which is arguably the world’s leading advocate of water privatization, is about to acquire 100 million gallons of drinking water in Michigan.

In Evart, Michigan, which is just 120 miles from Flint, Nestle is in the process of negotiating a permit with the state of Michigan to increase  its current pumping operations for its private bottled water business to 210 million gallons of water per year. In exchange for the selling off  groundwater normally used by residents for drinking and bathing, Nestle — which is valued at over $200 billion — will only have to pay $200.

“Why on earth would the state of Michigan, given our lack of money to address water matters of our own, like Flint, even consider giving MORE water for little or no cost to a foreign corporation with annual profits in the billions?” Said one Michigan resident in comments provided to The Guardian.

Nestle currently operates a water bottling plant in Stanwood, Michigan, which is in the midst of a $36 million expansion. The fact that Nestle is only paying $200 more dollars to profit from the sale of public drinking water has some residents, like a woman from Newaygo, Michigan, infuriated.

“Please, please, please reconsider allowing Nestlé to pump additional gallons of water from their facility near Evart,” She wrote. “The rape of our Michigan inland fresh water sources is a cause for concern, especially when it is done by a private company for profit.”

The state of Michigan has extended the public comment period for the proposal to December 3 in the wake of increased awareness about the project. Consumer advocacy group SumOfUs has launched a petition aimed at stopping Nestle from acquiring the new permit. Click here to sign it.

Tom Cahill is a writer for US Uncut based in the Pacific Northwest. He specializes in coverage of political, economic, and environmental news. You can contact him via email at tom.v.cahill@gmail.com, or friend him on Facebook.