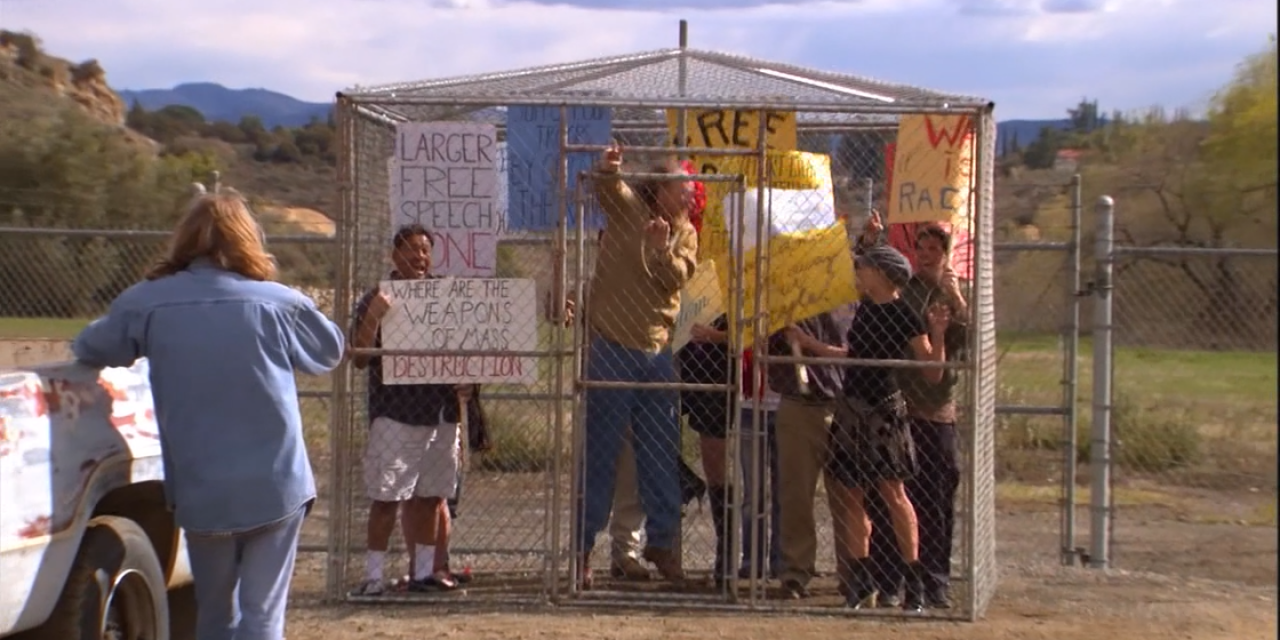 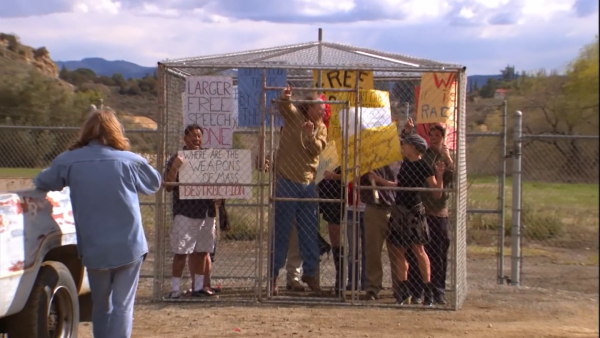 Last week, Washington State Senator Doug Ericksen announced plans to propose a bill in January that would criminalize certain protests as “economic terrorism,” to be punishable as a Class C Felony.

The proposed bill would penalize protesters who engage in “unlawful disruption of transportation and commerce,” and if passed, those found in violation of the law could face punishment of up to five years’ imprisonment, a fine of up to $10,000, or both.

The proposed bill would also go after organizations and funders backing the protests by forcing them to pay restitution at a rate of three times the calculated amount of damage. In an interview with the Seattle Times, Ericksen specifically named philanthropists George Soros and Tom Steyer, as well as the Sierra Club organization, as intended targets of the legislation.

Ericksen, who is chairman of the Senate Energy, Environment & Telecommunications Committee, has historically positioned himself as an ally to the fossil fuel industry. His proposal came just days after a group of anti-fracking protesters calling themselves “Olympia Stand” set up an encampment that blocked a rail line from the Port of Olympia. The police later forcibly disbanded the encampment and arrested 12 protesters on November 18th.

While the Washington Times reports that this bill would be unlikely to pass both in Senate and Democratically run-house, Ericksen’s proposal is just one in an increasing trend of legislation that criminalizes and limits the rights of protestors.

Ericksen’s proposal came in the same week that Iowa State Representative Bobby Kaufmann announced plans to propose legislation he calls the “Suck it up Buttercup” bill in response to anti-Trump organizing and protests. The two-part bill would withhold funding from universities that organize election-related grief counseling or sit-ins. It would also establish increased penalties for protesters who shut down highways or roads.

“I have no issue with protesting,” Representative Kaufman told the Des Moines Register. “In fact, I would go to political war for anyone who wanted to protest or dissent and they couldn’t. But you can’t exercise your constitutional right by trampling on someone else’s. When they blocked off Interstate 80, they crossed a line.”

Similarly, earlier this year, Republican Senator John Kavanagh of Arizona introduced SB1054, a bill that would make it a felony to record police without their permission and within 20 feet of the ‘law enforcement activity.’ The bill generated such public outcry that Kavanagh eventually abandoned it.

While these recent proposals have been construed as a backlash from Republican lawmakers emboldened by Trump’s presidency, one of the most contentious protest laws passed in recent memory was, in fact, a law signed by Obama in response to Occupy protests in 2011.

HR 347, also known as the Federal Restricted Buildings and Grounds Improvement Act, lowered the intent requirementof a 1971 trespass law, making it easier to criminalize someone who enters or remains in “any restricted building or grounds,” with “restricted” applying broadly to any event where the Secret Service is present. The law, which was widely seen as an attack on the First Amendment, essentially criminalized protesting in proximity to any elected official under the protection of the Secret Service, which includes President Obama himself — and now, President-elect Trump. Under the current law, violators could face a fine and up to 10 years of jail time.

In the wake of the increasingly militarized response to DAPL protests in North Dakota, this proposed legislation in Washington and Iowa is emblematic of the escalating tension between protesters and government officials. As anti-Trump protesters gear up for nationwide Inauguration Day demonstrations that may already be facing restrictions, January promises to be a crucial moment for the future of First Amendment and the criminalization of dissent in America.

This article (State Senator Wants to Charge Protesters as ‘Economic Terrorists’) is free and open source. You have permission to republish this article under a Creative Commons license with attribution to Sarah Cronin and theAntiMedia.org. Anti-Media Radioairs weeknights at 11 pm Eastern/8 pm Pacific. If you spot a typo, please email the error and name of the article to edits@theantimedia.org.