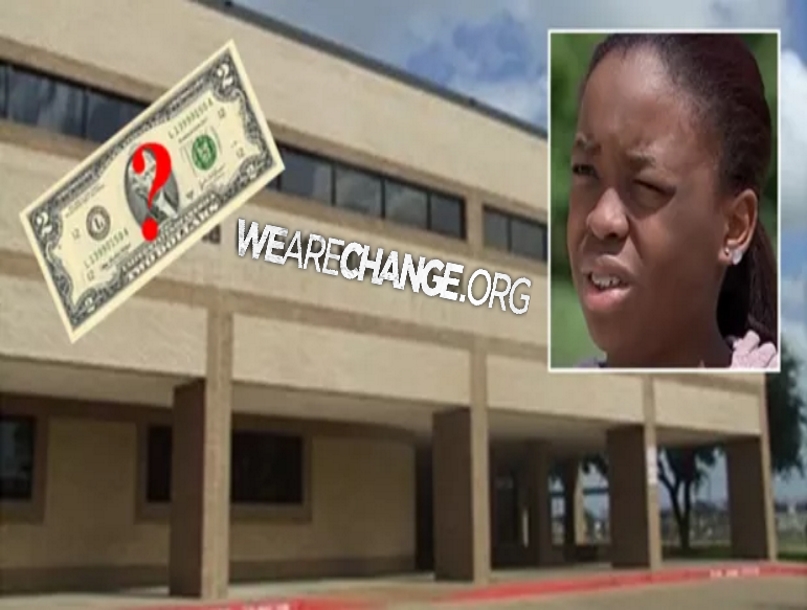 When 13-year-old Danesiah Neal, an eighth grader at Christa McAuliffe Middle School in Fort Bend Texas tried to spend a 2 Dollar Bill on her lunch break, she was detained by police, questioned without parental supervision, and threatened with “big trouble..third-degree felony big”, all because the 2 dollar bill used was so old that the school’s ‘ink testing marker’ didn’t work properly, and neither, the lunch lady, the school officials, or the Fort Bend ISD police liaison for the campus could identify the bill. 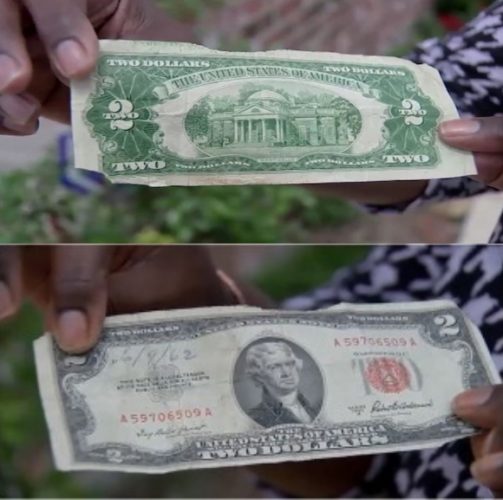 The bill so old, dating back to 1953, the school’s counterfeit pen didn’t work on it.

Daneisha was hoping to eat lunch that day. She was looking to buy some chicken tenders with a $2 bill which was given to her by her grandmother earlier that morning.

After what could be called a overly through investigation by the yet unnamed officers involved, eventually the cop went to a bank to examine the bill and found out that the $2 bill wasn’t a fake at all. It was real. The bill went from the lunch lady, to school officials, to the cop…who took the $2 Bill to the convenience store..and finally then to the bank.

In Texas juveniles can face between two and ten years for attempted forgery. Apparently lunch line forgery is a big thing in surrounding Houston schools, according to records obtained by Ted Oberg and Trent Seiber of ABC13, Daneshia’s case is just one of eight counterfeiting charges investigated against high- and middle-school age students in the Fort Bend school district since the beginning of the school year. In the last two years there have been 40 different criminal cases dealing with ‘lunch line forgery’ from Houston ISD, Fort Bend ISD & Cy-Fair ISD.

When examining the records, Ted Oberg Investigates could not find a single white student that was suspected of forgery.

Not a single white student has ever been suspected or charged with anything related to possessing counterfeits in the Fort bend / CY-FAIR school districts. No district wanted to weigh in on why they thought that was.

“We see a disproportionate impact on minority youth when it comes to these charges,” attorney Mani Nezami said. “African-American and Hispanic boys in particular, but girls as well, tend to be over-criminalized for offenses that one might speculate if they weren’t, they wouldn’t be seeing a criminal charge.”

It is unclear however if all the students tagged for forgery are minorities. In the 29 pages of Cy-Fair ISD police records, abc13 found five students who were listed as black, three students listed as Hispanic, and another whose race was listed only as “E.” And 15 reports had no race listed.

Still Investigating a 14 year old African american student for using a fifty-five year old 2 dollar bill in a school lunch line where 82-percent of the kids get free or reduced price lunches, does not appear to be the best use of our educational resources.

“He brought me my two dollar bill back,” Joseph said. He didn’t apologize. He should have and the school should have because they pulled Danesiah out of lunch and she didn’t eat lunch that day because they took her money.” No one has said, “I am sorry”. to Danesiah Neal or her grandmother.

link to the contact information to the School officials is [here]