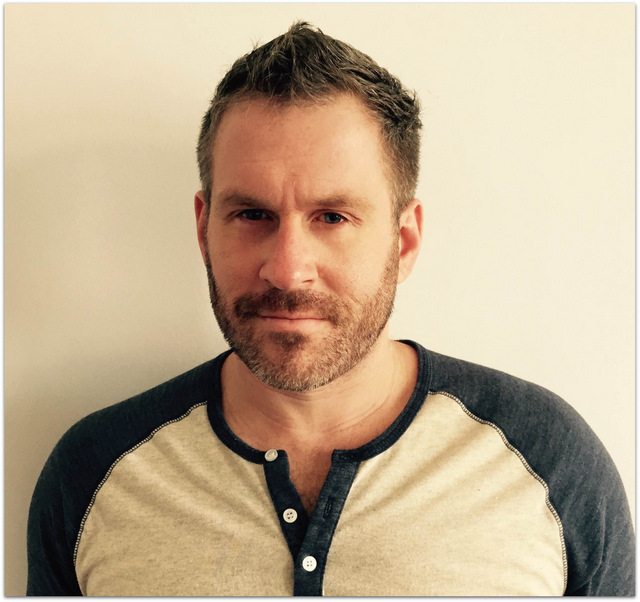 Popular author and independent journalist Mike Cernovich has sensationally tweeted the Bush family and Saudis were behind the terrorist attacks on 9/11.

The Saudis did it, with help from the Bush family. https://t.co/zpCmIYw9Al

Cernovich is quickly becoming the Matt Drudge of Twitter, able to start a trending hashtag by reporting live on Twitter’s video app Periscope.

The idea that 9/11 was an inside job done by Bush and Saudi operatives is not new, but is finally gaining mainstream acceptance after the recent release of 28 declassified pages of the 9/11 Commission Report, and these explosive tweets from Cernovich.

Many experts, including ex-FBI agent Ted L. Gunderson and ex-CIA translators Sibel Edmonds and Susan Lindauer have also said that 9/11 was an inside job.

Thousands of architects and engineers have placed their careers on the line to testify that the official story that the Twin Towers collapsed is physically impossible.

Those that know my work have seen the explosive expose on 9/11 on my blog. For those that have never seen the evidence, here is a summary of my research. 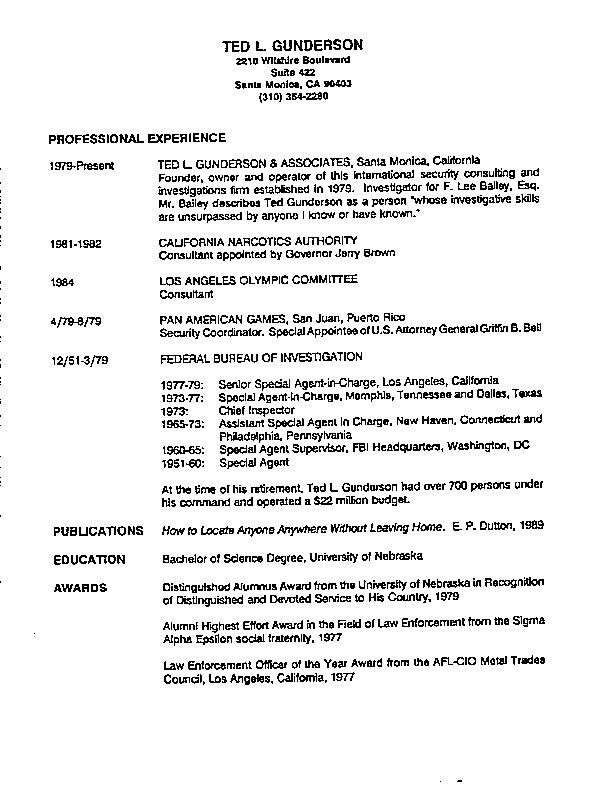 Ted L. Gunderson was an FBI Agent who was very vocal after his FBI career, claiming that the FBI had foreknowledge of 9/11. Years before 9/11, the FBI helped along the first World Trade Center bombing plot, when FBI agents gave their informant Emad Salem real bombing material, leading to the 1993 World Trade Center bombing.  Six people were killed and more than a thousand were injured thousands when the bomb the FBI helped build blew up, allegedly for the purpose of an intelligence mission – “capturing terrorists” while playing the terrorist themselves.

“Most forget the WTC was attacked before.. and neglect the fact that the FBI itself helped push the plot along by choosing to give Emad Salem and perpetrators real bombing material and endangered innocents, killed six, injured thousands for the purpose of an intelligence mission, capturing “terrorist.” While playing the terrorist themselves. Then when caught tried to punish its informant and put all blame on Emad Salem’s shoulders.” – Ted L. Gunderson 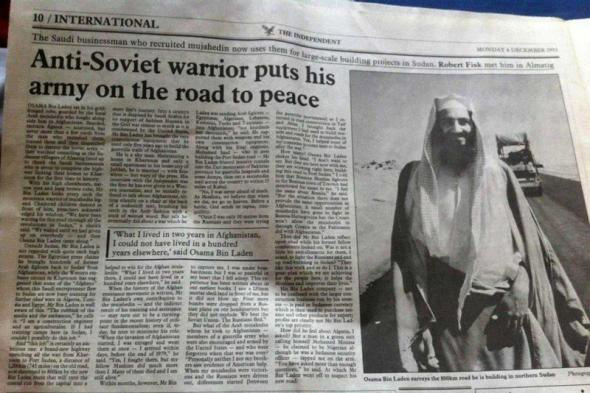 In addition to the FBI helping along a terror plot in the 1990’s to bomb the World Trade buildings,  in the 1960’s a false flag operation was proposed by the U.S. Joint Chiefs of Staff to justify war against Cuba.  “Operation Northwoods” was stopped by John F. Kennedy, but there was no JFK the day of 911.

The plans were developed as ways to trick the American public and the international community into supporting a war to oust Cuba’s then new leader, communist Fidel Castro.

America’s top military brass even contemplated causing U.S. military casualties, writing: ‘We could blow up a U.S. ship in Guantanamo Bay and blame Cuba,’ and, ‘casualty lists in U.S. newspapers would cause a helpful wave of national indignation.’

Before 9/11, a neo-conservative think tank called the “Project For A New American Century”  called for a new Pearl Harbor.

“Further, the process of transformation, even if it brings revolutionary change, is likely to be a long one, absent some catastrophic and catalyzing event – like a new Pearl Harbor.”

Able Danger, a classified military operation led by the U.S. Special Operations Command (SOCOM) and the Defense Intelligence Agency (DIA), identified five al-Qaeda cells prior to 9/11, including two of the three cells that ultimately would be used to pull off the 9/11 terror attacks. Lt. Col. Schaffer set up one Able Danger/FBI meeting in the fall of 2000. It was canceled — as were all other efforts to inform the FBI — per orders from higher-ups in the Department of Defense.

Able Danger was shut down. In addition, two veteran FBI investigators, FBI Agents Wright and John Vincent were told to back off investigating the Saudis and Osama Bin Laden.

The terrorists were given visas freely according to Michael Springman, who worked as the Head of the visa department at the CIA’s consulate in Jeddah, Saudi Arabia. Springman was ordered to do his job, issue visas, and don’t ask questions. “Fifteen of the hijackers got their visa’s from the same CIA consulate at Jeddah,” Springman said. Stranger still, 9 of the alleged hijackers said to have committed 9/11 were found alive.

How much money was made in those wars?

Who made that money?

Sick Hillary grovels before a Rothschild. Clear who owns whom. https://t.co/pScIsiBv39

Now for the twist that proves the criminal conspiracy is much bigger then Osama Bin Laden.

The day before 9/11,  Donald Rumsfeld announced $2.3 Trillion was missing from the Department of Defense. Conveniently, any question of where the money went disappeared when the Pentagon was attacked the next day.

In addition, the evidence the government had on the IPO scandals involving Enron and WorldCom, some 3,000 – 4,000 some, went up in smoke when World Trade 7 fell down – a third tower that was not hit by any planes. The Enron evidence, which implicated people close to the Bush administration, was housed on the 11th to 13th floors. The main WTC servers used for trading were also housed in the WTC7 building, and the German security firm Convar discovered $100 million dollars worth of unaccounted trades before, after and during the 911 attacks. 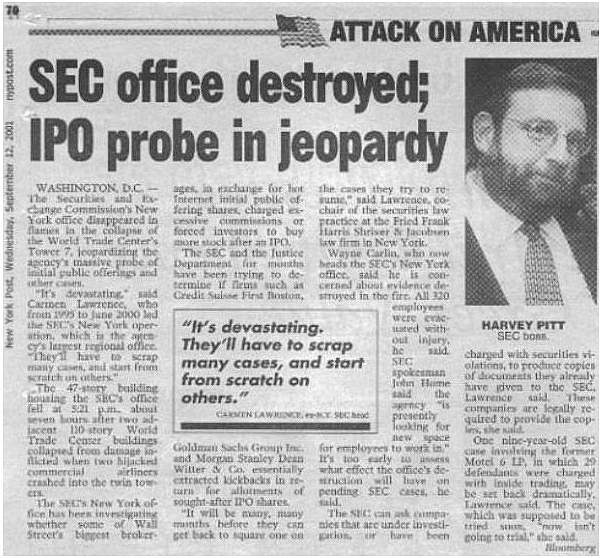 The smoking gun of 9/11 was WTC7 – not hit by any planes, but somehow the BBC reported prior to its falling that WTC7 fell — 20 minutes before it actually happened. The building fell like a controlled demolition.

So what was housed inside WTC7 and why was this building significant? 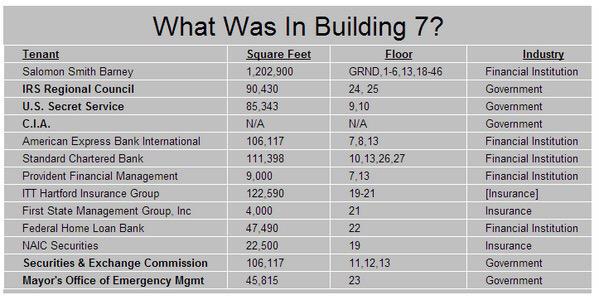 High frequency insider trading was documented in severe amounts – $100 million dollars plus before and after 9/11 happened by German security firm Convar.

“There is a suspicion that some people had advance knowledge of the approximate time of the plane crashes in order to move out amounts exceeding $100 million before, during and after 911. They thought that the records of their transactions could not be traced after the main frames were destroyed.” – Richard Wagner, a data retrieval expert at Convar, said.

At the Pentagon, is it a coincidence that 35 Accountants and bookkeepers all died? What a well placed, precise attack on the people that could account for the missing trillions, as you can see from this blueprint of the Pentagon. 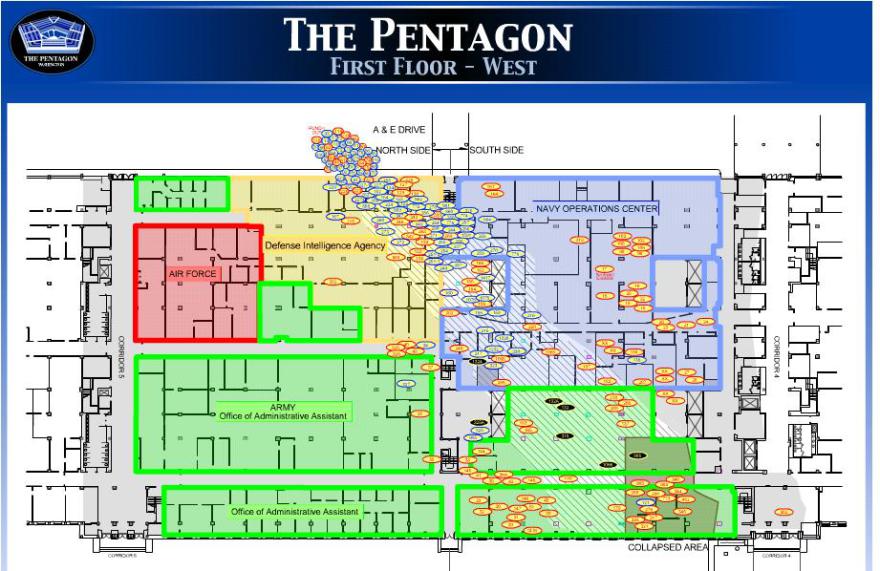 What hit the Pentagon wasn’t a 757 Boeing plane, but a cruise missile, as Pentagon employee April Gallop witnessed and Donald Rumsfeld stated in a DoD report that has since been removed from the internet but is archived by archive.org.

April Gallop, a Pentagon employee tells her story of what happened on 9/11.

Then, the ultimate taboo – the Israeli connection to 9/11. Saudi King Salman has accused Mossad of being behind 9/11. My view is it was a joint operation against the U.S. that involved treason by a few individuals in the United States as well Mossad and Saudi involvement. A jailed al-Qaeda operative said prior to the 9/11 Commission Report’s release that the Saudis funded 9/11.

There is an infamous report of five dancing Israelis sent to the document the event. There was this report of Urban Moving System vans on the George Washington bridge and a NJ policeman has documented on record saying that the five arrested Israelis were Mossad. These vans are also documented by police audio transmission. The vans also had painted murals of a plane crashing into the world trade centers. An obvious shocking anomaly that shows foreknowledge of 9/11. One more to raise your eyebrow – Urban Moving Systems is an Israeli Mossad front company that received $498,750.00 of our federal tax money.

None of what I have documented has been answered or accounted for in the official 9/11 commission report. It’s very clear there needs to be a new investigation opened up into 9/11, and all of this is only a fraction of all the information compiled by 9/11 researchers.

A few other crucial pieces of 9/11 evidence:

Fire fighters can be heard saying they heard explosions prior to the the two towers collapsing.

Another anomaly about 9/11 – the previous Sunday there was a power outage documented by two employees Garry Corbett and Scott Forbes who worked for Fiduciary Trust Company International.