Mike Pence’s War lie: When The VP (wrongly) announced the discovery of WMDs in Iraq 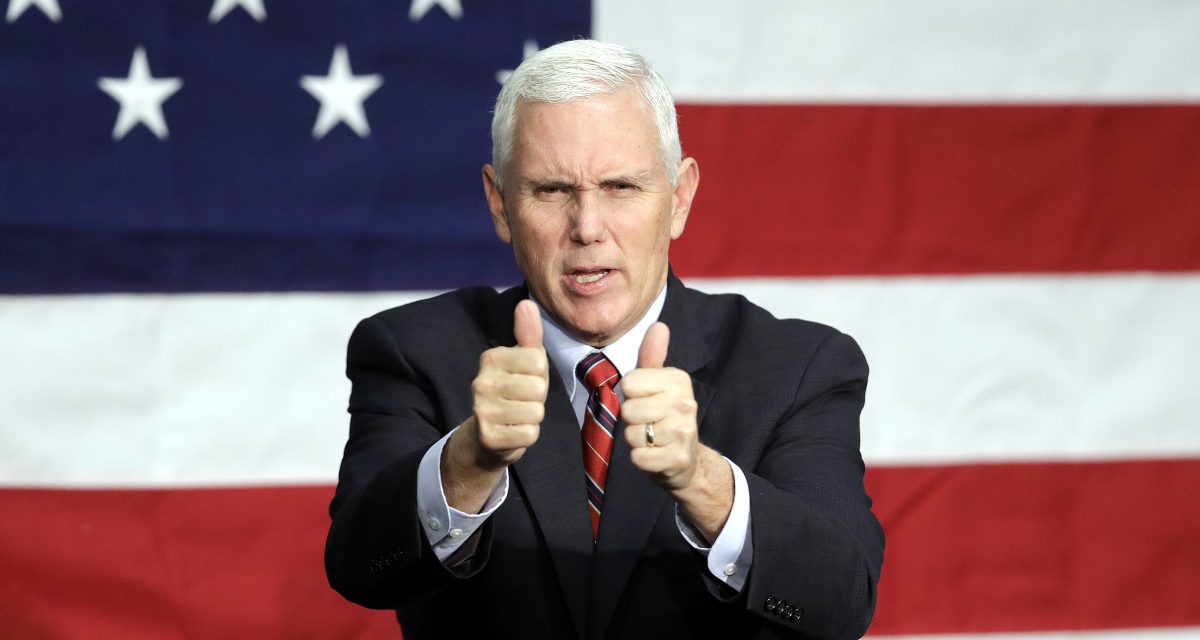 In 2004, Mike Pence tried to help George W. Bush by declaring “weapons of mass destruction have been found in Iraq” 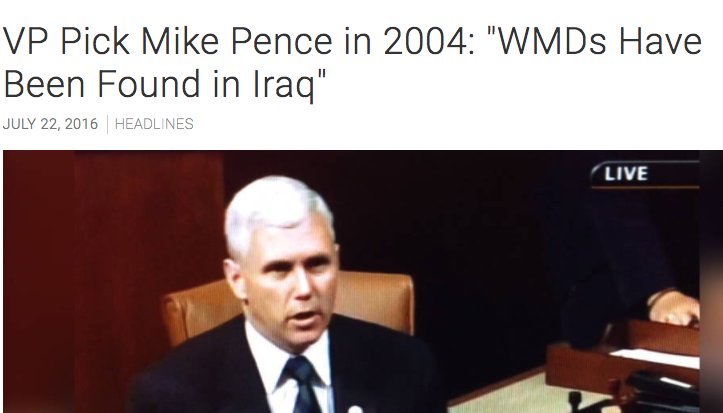 Back in May 2004, the Iraq war wasn’t going particularly well. It had been over a year since George W. Bush had triumphantly landed on an aircraft carrier to declare “mission accomplished” in the war he had initiated against Saddam Hussein’s regime. The situation in region has been steadily unraveling ever since. According to the reports insurgent attacks were on the rise, American human rights abuses had recently been uncovered at the Abu Ghraib prison in Iraq, and the weapons of mass destruction the Bush administration had warned were present in Iraq had not been discovered. The CIA’s former chief weapons inspector had said in January of 04 that, in all likelihood, those weapons did not exist.

In this MAY 20, 2004 clip of a CSPAN, HOUSE SESSION Rep. Mike Pence was recorded floor saying; “Despite the national media’s best efforts to minimize the news, I am here to report, as the United States military confirmed in Iraq on Monday, weapons of mass destruction have been found in Iraq. … ‘Where are the WMDs?’ we’ve been asked again and again. Mr. Speaker, they’re there—they’re where they’ve always been—hidden in Iraq, within the reach of terrorists, a threat to the Iraqi people, U.S. soldiers and the world.”

With the security situation in Iraq deteriorating and the rationale for the conflict crumbling, President Bush and his Republican backers in Congress found themselves in a politically dangerous situation. They needed some good news, something to lift their spirits and prove the war critics wrong. One man stepped up: then-Indiana representative, and current Republican vice president, Mike Pence.

On May 19, 2004,  Pence gave a short speech on the floor of the House of Representatives pushing back against the idea that America under George W. Bush was substantially worse than it had been four years earlier. As evidence of how things had improved, Pence argued that in the year 2000, Saddam Hussein had “amassed weapons of mass destruction,” but four years later Hussein had been captured and “we have found pieces of his WMDs.”

It wasn’t entirely clear what Pence meant by “pieces of his WMDs,” but he helpfully elaborated on this claim the following day.

On May 20, 2004, Pence once again took to the floor of the House and said “I am here to report… weapons of mass destruction have been found in Iraq.”

The inside story you are not going to find in main-stream news is of course that the shell fragments containing sarin and mustered gas that Mike Pence mentions, were not at all the same weapons of mass destruction that the Bush administration used as justification for the invasion of Iraq, but rather were remnants of chemical weapons the US sold to Sadam Hussein in 1988 during Iraq’s war with Iran, the DOD knew that there would be left over chemical weapons in Iraq because they’re the ones who sold them to them.

This sets a dangerous precedent of the new administrations potential to continue to pander, and overtly justify the actions of the military industrial complex.  The very complex Dwight Eisenhower famously warned us about in his historic farewell speech.  We tend to be hypnotized by the patriotic  propaganda perpetually creating enemies to justify its hunger for more funding for a ‘greater defense’.  When we look back on recent history objectively we find that the executive branch and subsequent partisan administration have not been the arbitrators of Americas foreign policy they have only been the messenger that translates the desires of the Anglo-colonial petrol-dollar war machine onto the needs of the American people.