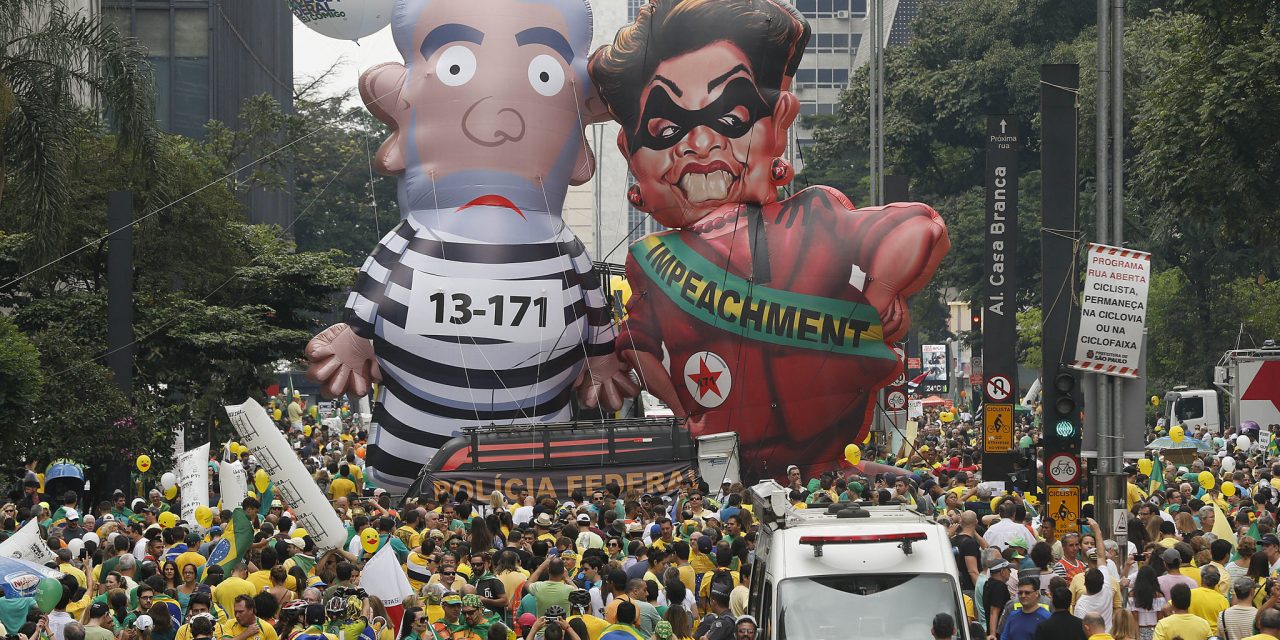 Via MintPressNews Anon HQ- The suspended Brazilian president, Dilma Rousseff has been permanently removed from office by the country’s senate in an impeachment vote on Wednesday August 31, 2016.

Rousseff was suspended in May 2016, after the senate voted to go ahead with the impeachment process. Accused of moving funds between government budgets, Rousseff was said to be manipulating the country’s economic status, in efforts to be re-elected for a second office term in 2014. Although media noted a Rousseff consistently denying the charge, arguing that her right-wing political rivals were trying to remove her from office, and had been doing so ever since she was re-elected.

After giving her a chance to defend herself during the trial, senators voted overwhelmingly with a  61-20 outcome, thus removing Rousseff permanently from office and as president of the country. Until her suspension and removal, she had served as the first female president of the vast South American country, which economists say has now fallen into recession.

Some senators had pressed for Rousseff’s barring from holding any public office in the country for eight years, in addition to her removal. However, that vote failed to make it, meaning theoretically, she could still return to the country’s politics if she is interested. A general election is scheduled to take place in the country in 2018.

Michel Temer, who has served as interim president since Rousseff’s suspension in May, has officially been sworn in as the permanent president of the country. He will now serve out the remainder of Rousseff’s term. Temer served as vice president to Rousseff. It was speculated that Temer had worked for the Central Intelligence Agency (CIA) of the United States, with WikiLeaks recently confirming the speculation of his CIA employment. Some leftist commentators also suspect that the United States has secretly played a role in the ouster of Rousseff.

Rousseff was elected to the Brazilian Workers’ Party, an extreme left-wing political party with strong socialist views. Due to this difference in political ideologies, Brazil, under the Workers’ Party, distances itself from the United States. The party had ruled Brazil for 13 years, prior to the ouster of Rousseff.

After her removal was announced, Rousseff told her supporters that she will appeal against her impeachment, simply because she is innocent.  “Right now, I will not say goodbye to you. I am certain I can say: ‘See you soon. They have convicted an innocent person and carried out a parliamentary coup,”Rousseff said in her address.

This is the second time Brazil has removed its serving president from office. Former president, Fernando Affonso Collor de Mello resigned, in a failed attempt to stop his trial of impeachment by the country’s senate in 1992. After his resignation from the presidency, the impeachment trial on charges of corruption continued. Collor de Mello was found guilty by the senate and sentenced to disqualification – from holding elected office for eight years.

Meanwhile, in solidarity with the Brazilian Workers’ Party, Venezuela’s leftist government has announced it has broken diplomatic relations with Brazil due to the impeachment of Rousseff. The government said it has recalled its ambassador from Brasilia.

A statement from Caracas, authorized by the country’s president, Nicolas Maduro described Rousseff’s impeachment and removal as a parliamentary coup, stating the withdrawal of its ambassador is definitive.

The statement further argued that the political process against Rousseff violates democracy and the Brazilian constitution. The Venezuelan government repeated the allegation that the removal was secretly orchestrated by the United States, in its attack against leftist movements in Latin America.

Venezuela and Brazil have been a part of a group of allied leftist-led countries in the region, in recent years. Venezuela too, is facing serious economic challenges. The government has openly accused the West, especially the United States, of being behind the economic challenges the country is currently facing.