Those Missing Hillary Emails? Russia Might Leak 20,000 of Them 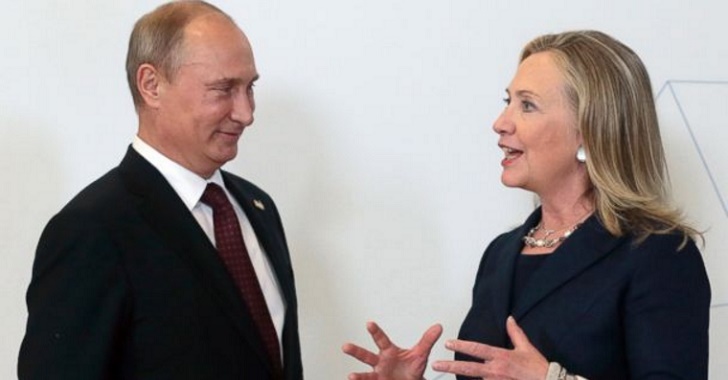 (ANTIMEDIA) Hillary Clinton sits at the center of a raging firestorm concerning her arrangement of a private email account and server set up in her home — from which top secret information may have been deleted. But despite Bernie Sanders’ apparent annoyance with the “damn emails,” the scandal just exponentially intensified, when Judge Andrew Napolitano revealed on Monday that Russia has possession of around 20,000 of Clinton’s emails — leaving open the possibility her deletions might not have been permanent after all.

“There’s a debate going on in the Kremlin between the Foreign Ministry and the Intelligence Services about whether they should release the 20,000 of Mrs. Clinton’s emails that they have hacked into,” Napolitano told Fox News’ Megyn Kelly in an interview for The Kelly File. 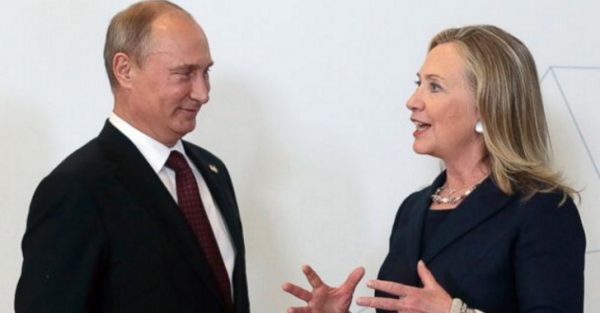 With Clinton’s repeated claims she employed the personal email server only for mundane communications and non-sensitive State matters having been proven outright lies, the deletions of 31,830 emails — in the new context of Napolitano’s statement — have suddenly become remarkably relevant.

As the FBI investigation of Hillary Clinton’s questionable email practices deepens, the question of who had access to what information previously located on the former secretary of state’s server is now more critical than ever.

One such individual, Romanian hacker Guccifer, who was abruptly extradited to the United States, revealed he had easily and repeatedly accessed Clinton’s personal server — and he wasn’t the only one.

“For me, it was easy,” the hacker, whose given name is Marcel Lehel Lazar, exclusively told Fox News; “easy for me, for everybody.”

If Guccifer and Napolitano are right, Russia may, indeed, have possession of highly-sensitive information courtesy of Clinton’s arrogant failure to adhere to the obligation to use a government email account during her tenure as secretary — a situation worsened by the now-mendacious claim no sensitive information had been sent through the personal account.

In fact, if Guccifer is to be believed — as his extradition by the U.S. indicates — news of the Kremlin having obtained potentially top-secret material may be the tip of a gargantuan iceberg. Using a readily available program, the Romanian hacker also claimed he observed “up to 10, like, IPs from other parts of the world” during sessions on Clinton’s personal server. If just one of those unknown parties was connected to Russia, who the other nine might be could be central to the FBI’s decision whether or not to charge Clinton for mishandling classified information.

Adding yet another nail in the coffin case against Hillary on Thursday, the Hill reported conservative watchdog Judicial Watch revealed, pursuant to a Freedom of Information Act request, frustration with technical difficulties in obtaining a secure phone line led the secretary to direct a top aide to abandon the effort and call her without the necessary security in place.

“I give up. Call me on my home [number],” Clinton wrote in a February 2009 email from the newly-released batch — on the also notoriously unsecured server — to then-chief of staff, Cheryl Mills.

Though the email thread contains no confirmation such a call was ever made on the unsecured phone line, it evidences still more of the same flagrant disregard for national security apparently peppering Clinton’s practices during her time at the State Department.

“This drip, drip of new Clinton emails show Hillary Clinton could not care less about the security of her communications,” noted Judicial Watch president, Tom Fitton, in a statement cited by the Hill. “How many other smoking gun emails are Hillary Clinton and her co-conspirators in the Obama administration hiding from the American people?”

For a putative presidential hopeful, Hillary Clinton certainly doesn’t appear to appreciate the imperative for keeping matters of national security obscured from … anyone.

It should be noted Napolitano’s statement has yet to be fully verified.

This article (You Know Those Missing Hillary Emails? Russia Might Leak 20,000 of Them) is free and open source. You have permission to republish this article under a Creative Commons license with attribution to Claire Bernish and theAntiMedia.org. Anti-Media Radio airs weeknights at 11pm Eastern/8pm Pacific. If you spot a typo, emailedits@theantimedia.org.