Ocean life is dying in mass, and no one knows why ? 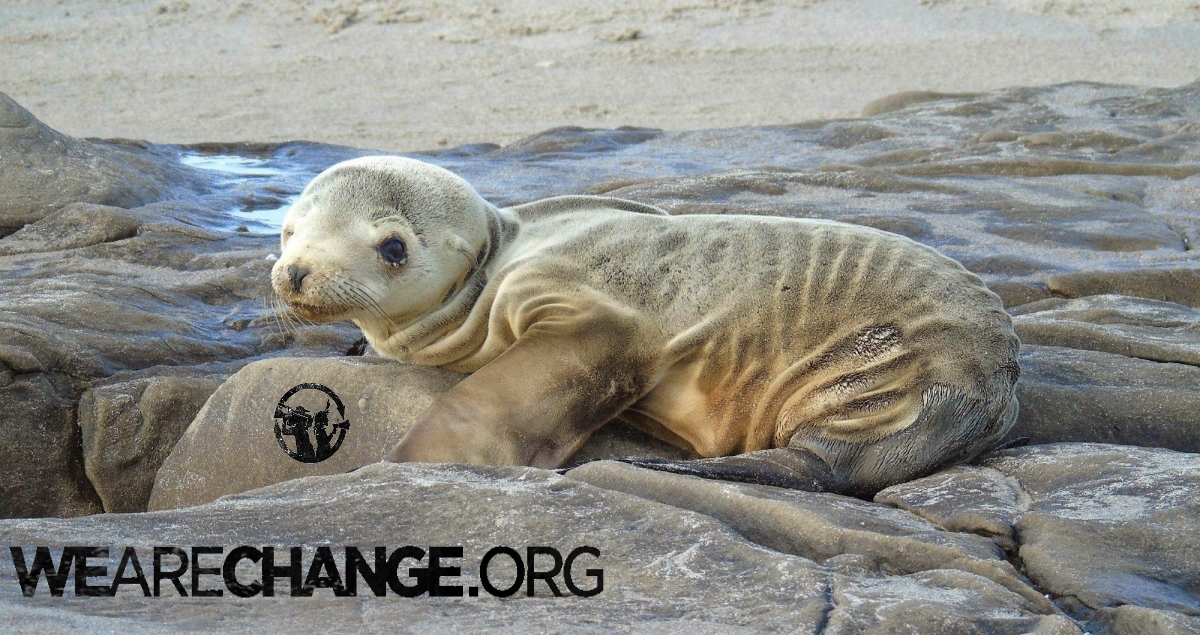 Are the mysterious mass die-offs in the Pacific ocean going stop, or are all the sea creatures just going to eventually go extinct?

In the past 70 years researchers have found that there have been 727 mass die-offs of nearly 2,500 different animal species, and that they are increasing among birds, fish and marine invertebrates. The ocean is dying, by all accounts – and if so, the food supply will die along with it. The causes are numerous, and overlapping. However there has been a clear and noticeable increase in the amount of dead creatures showing up on the west coast of North America since the Fukushima disaster in March of 2011. Since then massive numbers of Pacific wildlife populations have been dying off, and in typical western establishment fashion the so called authorities have no agreed explanation for why. Such mass mortality events occur when a large percentage of a population dies in a short time frame. While the die-offs are rare and fall short of extinction, they can pack a devastating punch, potentially killing more than 90 percent of a population in one shot. However there has been no quantitative analysis of the patterns of mass mortality events among animals relating to Fukushima radiation and the main-stream media, and Government agencies seem to be ignoring the problem.

There is currently something going wrong along the American Pacific coast. Almost every day, an catastrophic animal die-off is being reported… But nobody knows why.

Natural causes in the environment are partly to blame; so too are the corporations of man; the effects of Fukushima, unleashing untold levels of radiation into the ocean and onto Pacific shores; the cumulative effect of modern chemicals and agricultural waste tainting the water and disrupting reproduction. A startling new report says in no uncertain terms that the Pacific Ocean off the California coast is turning into a desert. Once full of life, it is now becoming barren, and marine mammals, seabirds and fish are starving as a result. According to Ocean Health:

The waters of the Pacific off the coast of California are a clear, shimmering blue today, so transparent it’s possible to see the sandy bottom below […] clear water is a sign that the ocean is turning into a desert, and the chain reaction that causes that bitter clarity is perhaps most obvious on the beaches of the Golden State, where thousands of emaciated sea lion pups are stranded.

Over the last three years, the National Oceanic and Atmospheric Administration (NOAA) has noticed a growing number of strandings on the beaches of California and up into the Pacific north-west. In 2013, 1,171 sea lions were stranded, and 2,700 have already stranded in 2015 – a sign that something is seriously wrong, as pups don’t normally wind up on their own until later in the spring and early summer.

“[An unusually large number of sea lions stranding in 2013 was a red flag] there was a food availability problem even before the ocean got warm.”Johnson: This has never happened before… It’s incredible. It’s so unusual, and there’s no really good explanation for it. There’s also a good chance that the problem will continue, said a NOAA research scientist in climatology, Nate Mantua.

Experts blame a lack of food due to unusually warm ocean waters. NOAA declared an El Nino, the weather pattern that warms the Pacific, a few weeks ago. The water is three and a half to six degrees warmer than the average, according to Mantua, because of a lack of north wind on the West Coast. Ordinarily, the north wind drives the current, creating upwelling that brings forth the nutrients that feed the sardines, anchovies and other fish that adult sea lions feed on. The warm water is likely pushing prime sea lion foods — market squid, sardines and anchovies — further north, forcing the mothers to abandon their pups for up to eight days at a time in search of sustenance.

The pups, scientists believe, are weaning themselves early out of desperation and setting out on their own despite being underweight and ill-prepared to hunt.

“These animals are coming in really desperate. They’re at the end of life. They’re in a crisis … and not all animals are going to make it,” said Keith A. Matassa, executive director at the Pacific Marine Mammal Center, which is currently rehabilitating 115 sea lion pups.

The same is true of seabirds on the Washington State coast:

In the storm debris littering a Washington State shoreline, Bonnie Wood saw something grisly: the mangled bodies of dozens of scraggly young seabirds. Walking half a mile along the beach at Twin Harbors State Park on Wednesday, Wood spotted more than 130 carcasses of juvenile Cassin’s auklets—the blue-footed, palm-size victims of what is becoming one of the largest mass die-offs of seabirds ever recorded. “It was so distressing,” recalled Wood, a volunteer who patrols Pacific Northwest beaches looking for dead or stranded birds. “They were just everywhere. Every ten yards we’d find another ten bodies of these sweet little things.”

“This is just massive, massive, unprecedented,” said Julia Parrish, a University of Washington seabird ecologist who oversees the Coastal Observation and Seabird Survey Team (COASST), a program that has tracked West Coast seabird deaths for almost 20 years. “We may be talking about 50,000 to 100,000 deaths. So far.” (source) al deaths suggests that it is, in fact massive. Even National Geographic is noting that these die off events are “unprecedented.” Warmer water is indicated for
much of the starvation faced by many of the dead animals.

Last year, scientists sounded the alarm over the death of millions of star fish, blamed on warmer waters and ‘mystery virus’:

Starfish are dying by the millions up and down the West Coast, leading scientists to warn of the possibility of localized extinction of some species. As the disease spreads, researchers may be zeroing in on a link between warming waters and the rising starfish body count. (source)[…] The epidemic, which threatens to reshape the coastal food web and change the makeup of tide pools for years to come, appears to be driven by a previously unidentified virus, a team of more than a dozen researchers from Cornell University, UC Santa Cruz, the Monterey Bay Aquarium and other institutions reported Monday. (source)

Changing temperatures in the Pacific Ocean, driven by the natural cycle of gyres over decades, shifts wildlife populations, decimating the populations of species throughout the food chain, proving how fragile the balance of life in the ocean really is.

Recently, the collapse of the sardine population has created a crisis for fisheries and marine wildlife alike on the West Coast: 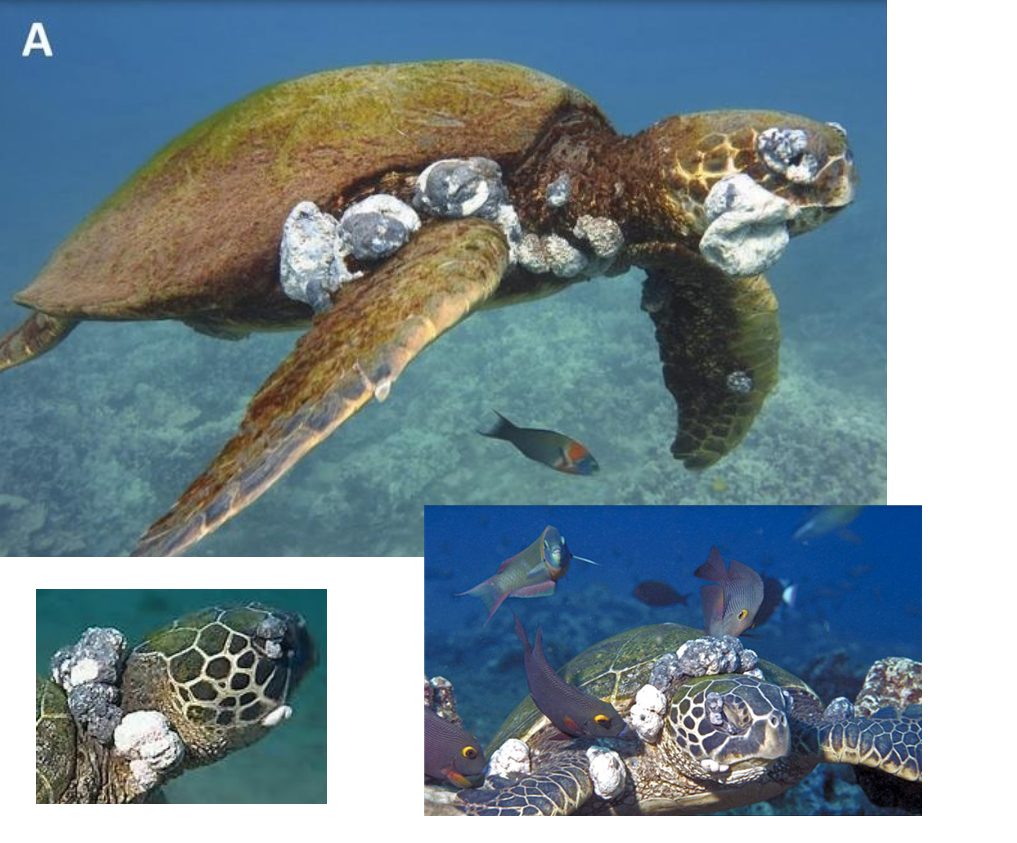 Commercial fishing for sardines off of Canada’s West Coast is worth an estimated $32 million – but now they are suddenly gone. Back in October, fisherman reported that they came back empty-handed without a single fish after 12 hours of trolling and some $1000 spent on fuel.

Sandy Mazza, for the Daily Breeze, reported a similar phenomenon in central California: “[T]he fickle sardines have been so abundant for so many years – sometimes holding court as the most plentiful fish in coastal waters – that it was a shock when he couldn’t find one of the shiny silver-blue coastal fish all summer, even though this isn’t the first time they’ve vanished.” [emphasis added]

[…]
“Is it El Nino? Pacific Decadal Oscillation? [La] Nina? Long-term climate change? More marine mammals eating sardines? Did they all go to Mexico or farther offshore? We don’t know. We’re pretty sure the overall population has declined. We manage them pretty conservatively because we don’t want to end up with another Cannery Row so, as the population declines, we curb fishing.” said National Oceanic and Atmospheric Administration (NOAA) official Kerry Griffin. (source)

According to a report in the Daily Mail, the worst events have wiped out 90% of animal populations, falling short of extinction, but creating a rupture in food chains and ecosystems.

And environmental factors are known to be a factor, with pollution from chemicals dumped by factories clearly tied to at least 20% of the mass die off events of wildlife populations that have been investigated, and many die offs implicated by a number of overlapping factors. TheDaily Mail reported:

Mass die-offs of certain animals has increased in frequency every year for seven decades, according to a new study.

Researchers found that such events, which can kill more than 90 per cent of a population, are increasing among birds, fish and marine invertebrates.

The reasons for the die-offs are diverse, with effects tied to humans such as environmental contamination accounting for about a fifth of them.

Farm runoff from Big Agra introduces high levels of fertilizers and pesticides which createoxygen-starved dead zones which fish and aquatic live is killed off. Also preset in agriculture waste are gender bending chemicals like those found in Atrazine, used in staple crop production, and antibiotics and hormones, used in livestock production, which creates hazardous runoff for fish populations:

Livestock excrete natural hormones – estrogens and testosterones – as well as synthetic ones used to bolster their growth. Depending on concentrations and fish sensitivity, these hormones and hormone mimics might impair wild fish reproduction or skew their sex ratios. (source)

Pharmaceutical contaminants are also to blame for changing the sex of fish and disrupting population numbers, while a study found that the chemicals in Prozac changed the behavior of marine life, and made shrimp many times more likely to “commit suicide” and swim towards the light where they became easy prey.

Fish farms also introduce a large volume of antibiotic and chemical pollution into oceans and waterways:

The close quarters where farmed fish are raised (combined with their unnatural diets) means disease occurs often and can spread quickly. On fish farms, which are basically “CAFOs of the sea,” antibiotics are dispersed into the water, and sometimes injected directly into the fish.

Unfortunately, farmed fish are often raised in pens in the ocean, which means not only that pathogens can spread like wildfire and contaminate any wild fish swimming past – but the antibiotics can also spread to wild fish (via aquaculture and wastewater runoff) – and that’s exactly what recent research revealed. (source)

Mass die offs of fish on the Brazilian coastline have linked to pollution from the dumping of raw sewage and garbage.

last year it was reported that a massive die off of bottlenose dolphins in the Gulf of Mexico was connected by researchers to BP’s Deep Water Horizon oil spill. Evidence was found in a third of the cases of lesions in the adrenal gland, an otherwise rare condition linked with petroleum exposure. More than a fifth of the dolphins also suffered bacterial pneumonia, causing deadly lung infection that is likewise rarely seen in dolphin populations.

This week we saw the latest victim of this, “the largest oceanic extinction level event since the last ice age”, when millions of tuna crab mysteriously washed up along beaches of Ensenada, Mexico. After California, this latest mass die-off was reported in Ensenada, Baja California on May 14, 2016, where beaches turned completely red!

See the complete list of all the reported mass animal deaths for 2015 and 2016 by clicking the year.

Get your hands on the latest WRC Gear