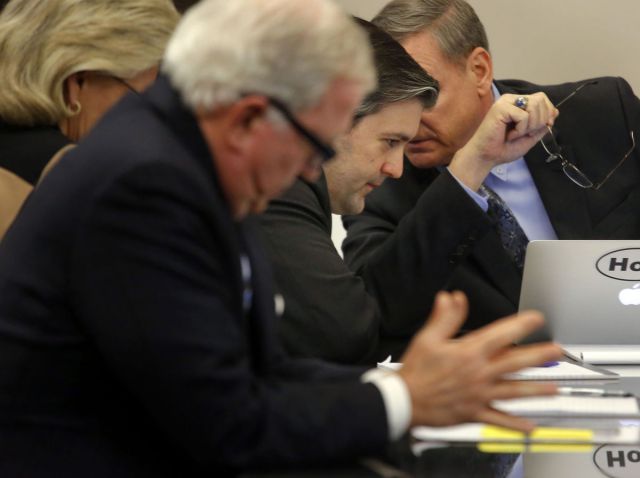 Judge Clifton Newman has declared a mistrial in the case against Officer Michael Slager accused of the voluntary manslaughter or murder of Walter Scott, an unarmed black man that Slager shot in the back multiple times at a traffic stop on April 4, 2015, in North Charleston. The judge announced the decision after he said that jury members were unable to reach a unanimous verdict over the charges.

A video of the killing caught by a bystander Feidin Santana’s cellphone went viral on social media and in the media sparking national outrage. Slager faces 30 years to life in prison if convicted. The jury also considered a lesser verdict of voluntary manslaughter.

Officer Slager was fired following the shooting according to the Associated Press.

It’s also worth noting that officer Michael Slager laughed about the adrenaline rush he got after shooting and killing the unarmed Walter Scott. Where Michael Slager’s defense argues that he was scared for his life you can clearly see in the video above as Slager unloads his firearm on Scott as the Fifty year old man tried to run away and then Slager dropped an object near Scott appearing to doctor the scene. The video begins moments after Officer Slager fired his Taser as the two men tussle and Mr. Scott turns to run. When the officer fires, Mr. Scott appears to be 15 to 20 feet away and trying to flee. He falls after the last of eight shots. The officer then runs back toward where the initial scuffle occurred and picks something up off the ground. Moments later, he drops an object near Mr. Scott’s body when he notices the witness who then runs away scared for his life.

Earlier in the week it was revealed that the jury was dead locked on it’s decision on whether or not to convict Slager.

Scott family attorney L. Chris Stewart said at a news conference after the mistrial was announced, “If you thought that we were going to come out here crying or weeping or weak, you don’t know the Scott family, who’ve become my family.”

Stewart said that Slager “dodged it by a hair,” adding, “he’s not dodging it again.”

Additionally, Stewart they will try the case again and the Department of Justice will also be trying the case.

Slager “delayed justice,” he added, but “he did not escape it.”

Another family attorney for the Scott’s, Justin Bamberg, said “justice will be had” at the end.

“Thanks to Feidin Santana [who filmed the witness video], we’ve seen the light and there is no way at the end of the day that former officer Michael Slager can escape what’s coming to him,” Bamberg said.

Scott’s mother, Judy Scott, said “she isn’t sad about the mistrial because Jesus is on the inside and I know that justice will be served.”

“Injustice will not prevail,” she added.

Scott’s brother, Anthony Scott, said, “We have to live with his video being played over and over again.”

Anthony Scott said he feels sorry for Slager’s young child, but added, “there’s not pity” for the rest.

He also urged for peaceful protests tonight and for the days following.