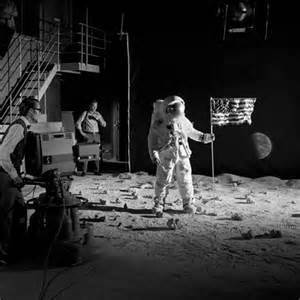 The original recordings of the first humans landing on the moon 40 years ago were erased and re-used, but newly restored copies of the original broadcast look even better, NASA officials said on Thursday.

NASA released the first glimpses of a complete digital make-over of the original landing footage that clarifies the blurry and grainy images of Neil Armstrong and Buzz Aldrin walking on the surface of the moon.

The full set of recordings, being cleaned up by Burbank, California-based Lowry Digital, will be released in September. The preview is available at www.nasa.gov.

NASA admitted in 2006 that no one could find the original video recordings of the July 20, 1969, landing.

Since then, Richard Nafzger, an engineer at NASA’s Goddard Space Flight Center in Maryland, who oversaw television processing at the ground-tracking sites during the Apollo 11 mission, has been looking for them.

The good news is he found where they went. The bad news is they were part of a batch of 200,000 tapes that were degaussed — magnetically erased — and re-used to save money.

“The goal was live TV,” Nafzger told a news conference.

“We should have had a historian running around saying ‘I don’t care if you are ever going to use them — we are going to keep them’,” he said.

Lowry, best known for restoring old Hollywood films, has been digitizing these along with some other bits and pieces to make a new rendering of the original landing.

Nafzger does not worry that using a Hollywood-based company might fuel the fire of conspiracy theorists who believe the entire lunar program that landed people on the moon six times between 1969 and 1972 was staged on a movie set or secret military base.

“This company is restoring historic video. It mattered not to me where the company was from,” Nafzger said.

And there may be some unofficial copies of the original broadcast out there somewhere that were taken from a NASA video switching center in Sydney, Australia, the space agency said. Nafzger said someone else in Sydney made recordings too.

“These tapes are not in the system,” Nafzger said. “We are certainly open to finding them.”