Morales: “Bolivia Ready for War with US” 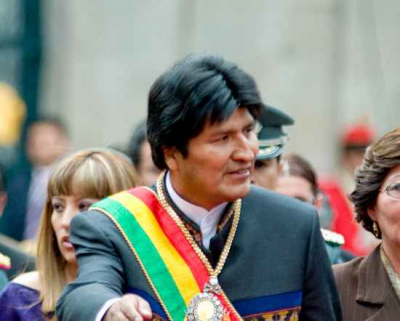 In the event of a US invasion of Venezuela, Bolivia would side with Venezuela. So said Bolvia’s president Morales during an emergency session of ALBA, and called on other Latin American heads of state to draw closer together.

Bolivia’s president Evo Morales warned that the USA would pay a high price for any act of aggression against Venezuela. He also called on US President Barack Obama to apologize for the recent announcement that Venezuela presented a threat to the national security of the USA. Sputnik reported him as saying further that his country was ready to fight against the USA.

“Bolivia is the beloved child of Simon Bolivar and is ready to fight for this land and to fend off any act of aggression by the United States against Venezuela”, the news portal Noticias24 reported Morales as saying. Apparently he made this announcement during an emergency session of the “Bolivian Alliance for the People of Our America” (ALBA), an economic and political alliance of nine Latin-American states.