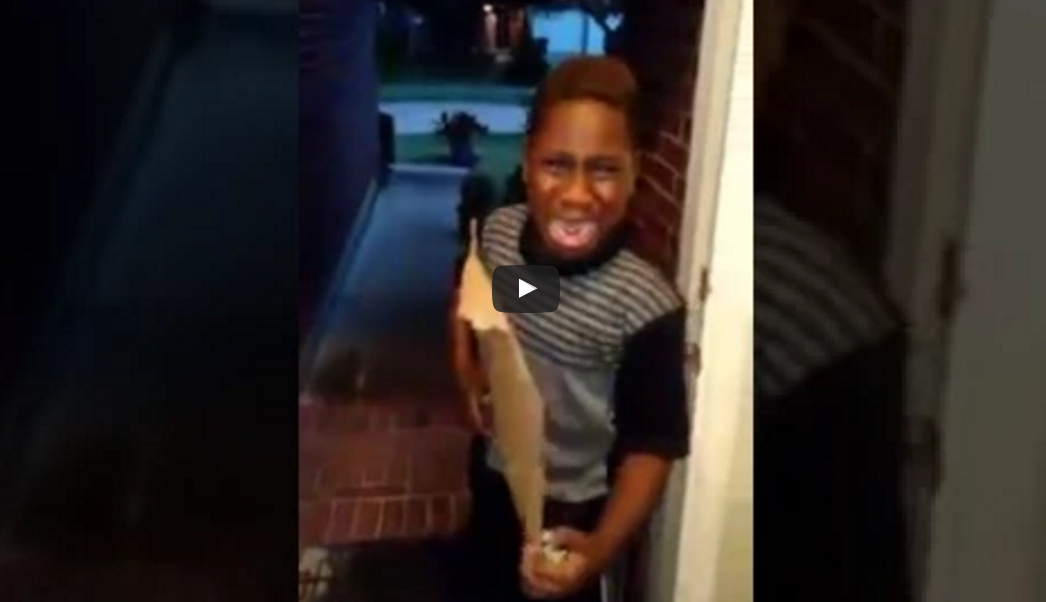 In a heartbreaking video, the worst mother of the year abuses her young son for voting for president-elect Donald Trump in his school’s mock election — then published the disgusting and shameful video to social media.

The disturbing footage opens with the “mother,” and we use that term lightly, berating her child, who appears to be around five or six, and informing him that he needs to “get his shit and get out,” and that she has a suitcase packed for him by the door. As the boy cries hysterically, she forces him to take a sign shaming him for his class participation.

“The suitcase is packed by the door, been packed since this morning, bye!” the abusive woman states. “Matter of fact, get your sign so when people see you standing outside they know why you’re standing out there.”

The child pleads with the woman, but she keeps insisting that he needs to get his suitcase and get out, because “we don’t do Donald Trump here.”

She forces the screaming child out the door, and slams it behind him — but quickly gets back to following him with her camera to shame him online to all her friends.

“Bye Donald Trump lover,” the sick woman coldly tells her child. “This is where you are gonna be at from now on, why did you vote for him in school?”

The little boy tearfully explains it is because he has seen him on television a lot.

“Well I hope you find another tv to see him on, because this is gonna be your new home,” she says. “You can’t come back here.”

The boy, and what is presumably his little brother, cry hysterically as the woman tells the even younger son that he can “go be with the Donald Trump lover,” and the video cuts off.

Social media is now seeking her identity to report her for child abuse.