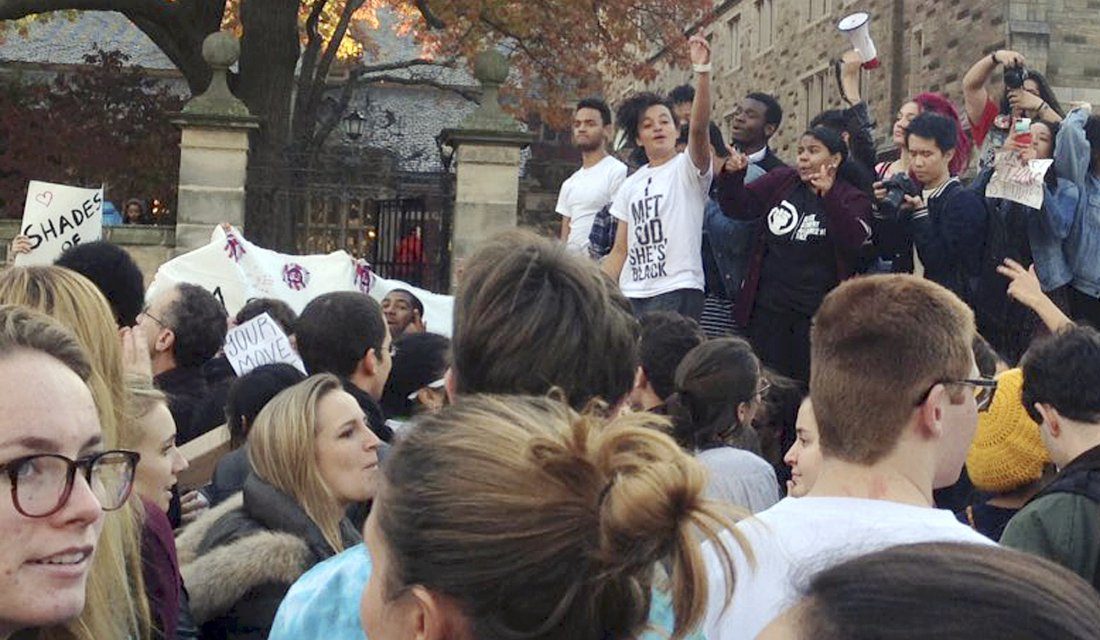 This may just be the hardest day ever faced by many young liberals. And it is worse for east-coast academic liberals who were sure–beyond confident–that their candidate was going to waltz through the election on Tuesday.

When Donald Trump obliterated Hillary Clinton to become the 45th president of the United States, one Yale professor decided to make his Economics midterm optional. What a genuine show of compassion.

How can a progressive liberal possibly take an exam under these circumstances? It wouldn’t be fair. So many of the snowflakes at Yale wrote impassioned pleas to their professors, and some, like the man at the helm of this Econ 115 class, have acquiesced and cancelled their exams, or made them optional. 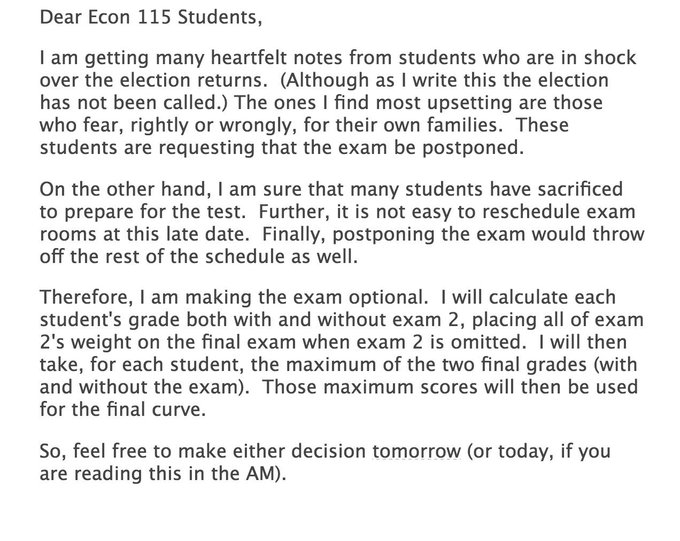 He wrote to them saying: “I am getting many heartfelt notes from students who are in shock over the election returns” and “fear, rightly or wrongly for their own families” and are “requesting that the exam be postponed.”

Fearing for their families?

Critics of this “optional exam” policy feel like the Ivy-league students are being short-changed. Yale is, first and foremost, an institution of higher learning. There’s a lesson to be taken from Trump’s victory. This is, for every citizen of this country (and many others around the world) that an epic teachable moment.

There are valuable life-lessons that come from gracefully accepting loss, and there are certainly economic impacts to the Trump victory that would make for interesting conversation.

No word yet on the identity of the professor.

Other students at Yale were not so lucky, and their professors are proceeding with exams as planned. “Is there any chance of postponing the exam to preserve the sanctity and mental health of the students in this class?” One student asked. Sanctity must be preserved. Unfortunately, the professor felt like the sanctity of the class might be important, too.