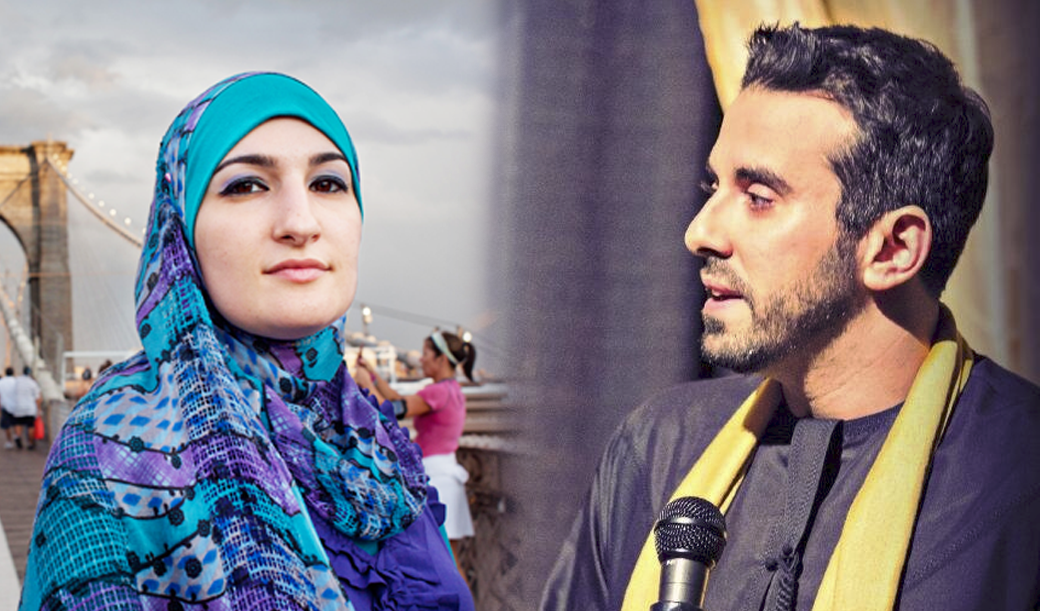 A fundraiser by Muslim Americans to repair a vandalized Jewish cemetery in St. Louis, Missouri, has exceeded its initial goal today.

An effort by a Muslim group to raise $20K to fix a badly vandalized Jewish cemetery met its goal in three hours. https://t.co/ZFDVx23BVL

It was reported that Jewish Community Centers around the country have been bombarded by menacing phone calls including bomb threats. Jewish communities are struggling to deal with this new wave of intimidation.

America is a nation built on the principle of religious tolerance. We must protect our houses of worship & religious centers. #JCC

While none of the bomb threats have led to violence, Monday’s calls came around the same time as another attack; Roughly 170 Jewish graves in a Missouri cemetery were desecrated over the weekend, according to The Washington Post.

JCC threats, cemetery desecration & online attacks are so troubling & they need to be stopped. Everyone must speak out, starting w/ @POTUS.

Titled “Muslims Unite to Repair Jewish Cemetery,” the online fundraiser was set up on Tuesday and broke its initial $20,000 goal in a few hours. The figure surged past $90,000 by Wednesday. 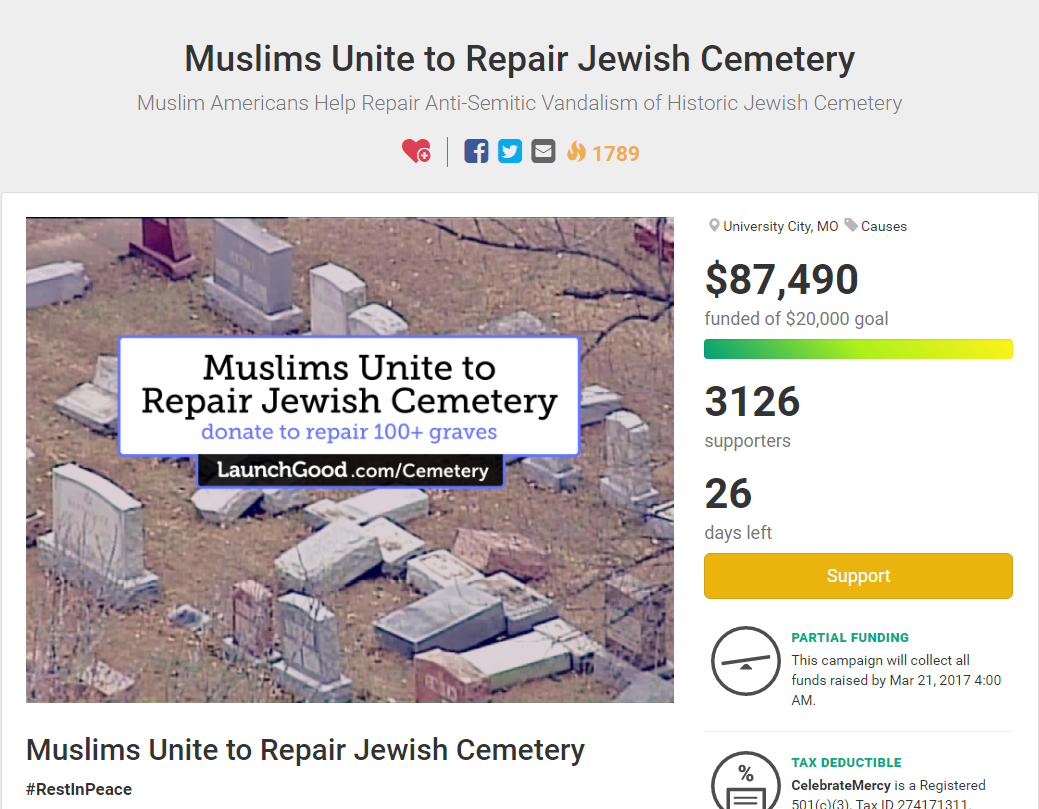 The campaign was organised by Linda Sarsour of MPower Change and Tarek El-Messidi of CelebrateMercy. The proceeds from the campaign will go directly to the Chesed Shel Emeth Cemetery in light of the damage.

Tarek El-Messidi is an American Muslim social entrepreneur and speaker. Linda Sarsour is a Palestinian-American progressive political activist and former executive director of the Arab American Association of New York.

CelebrateMercy is a non-profit organization, founded in 2010. Its aim is to teach the life and character of the Prophet Muhammad, through online webcasts, campaigns, events, and social media. MPower Change is a grassroots movement of Muslim Americans working to build social, spiritual, racial, and economic justice for all people.

LaunchGood is a global crowdfunding platform to support Muslims by helping them raise funds for their campaigns. This campaign hopes to send a message of unity:

“Through this campaign, we hope to send a united message from the Jewish and Muslim communities that there is no place for this type of hate, desecration, and violence in America. We pray that this restores a sense of security and peace to the Jewish-American community who has undoubtedly been shaken by this event.”

This is such a beautiful thing.https://t.co/grBbo1hetz

The perpetrators of the cemetery vandalism and their motives have not yet been established. Police in University City, an inner-ring suburb of St. Louis, have launched an investigation. They are reviewing video surveillance at the cemetery, which is operated on a not-for-profit basis by the Chesed Shel Emeth Society, and calling on anyone with information to come forward.