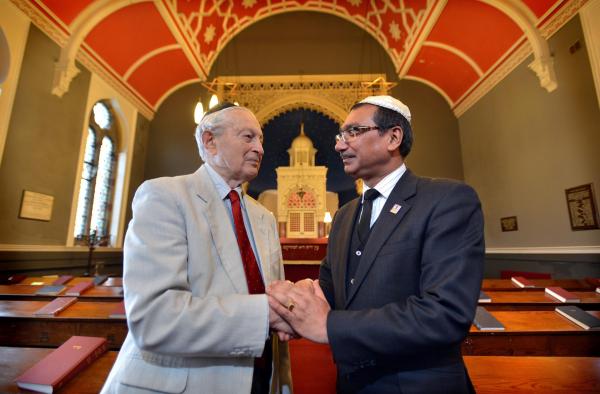 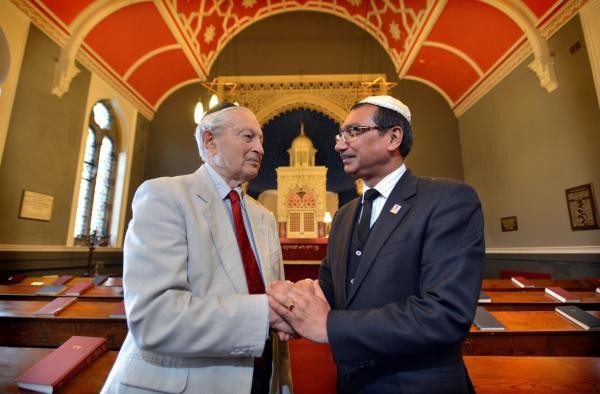 Jani Rashid, a member of the Friends of the Synagogue in Bowland Street, Manningham, has been formally adopted on to its ruling body.

The suggestion to add Mr Rashid to the board came from the synagogue’s chairman, Rudi Leavor, who said it was “passed unanimously” by the council.

“We have already established close links with the Muslim community, and thought it was about time they were formally represented on the council,” said Mr Leavor.

“I have known Jani for many years, and within ten seconds of me asking him, he said ‘yes’.

“The council all said adding a Muslim member to the group was a fantastic idea, and it is a matter of forging even closer links with that community.”

A spokesman for the synagogue in Bowland Street, Manningham, said the addition of Mr Rashid to the council marked another chapter in the “strikingly close relationship” between the Jewish and Muslim communities in Bradford.

In 2013, community groups, including Bradford Council for Mosques, rallied together to save the Grade II-listed building – an example of Moorish Victorian architecture dating back to 1880 – when dwindling funds put its future in danger.

“Jani has been a long-term ally and significant supporter of the synagogue for some years now, as part of an increasingly large group of local Muslims who have supported it in many ways, including with significant financial help,” said the spokesman.

“Over the last few years, as the synagogue has increasingly suffered from financial difficulties, the local Muslim community has been an unfailing partner in the fight to keep the building open and flourishing.

“At a time when both the Jewish and Muslim communities are reeling from the impact of the horrific attacks in Paris, the positive and supportive relationship between Bradford’s Jews and Muslims has grown another step closer.”

Mr Rashid, who is also head of diversity and cohesion at Bradford Council’s children’s services, said he was “delighted” to take up a seat on the synagogue’s board.

“I am a firm believer in openness within and between communities,” he said.

“This helps us to respect one another’s diversity and, just as importantly, to share in our common beliefs of decency, respect, and compassion for our fellow human beings.

“The Jewish community is a small and ageing one in Bradford, and we are a large community, so supporting each other in this way can only be a positive thing.

“The legacy left by the Jewish community with the synagogue is important, and we need to work to get funding to keep it in Bradford.

“I will endeavour to do all I can to support that.”

There has been a strong Jewish community in Bradford since the early 19th century, when many Europeans settled in the city at the height of its wool and textile boom.