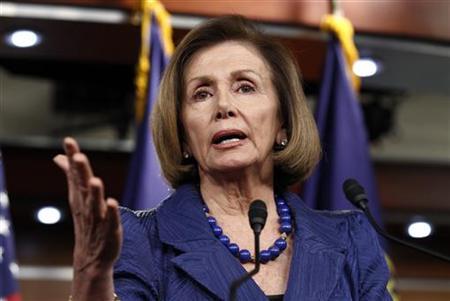 Rep. Nancy Pelosi (D-Calif.) will continue her reign as the House Minority Leader after a secret ballot was cast on Wednesday, and she won, 134 to 63.

Pelosi has held the title since 2002, and her win comes at a time when some Democrats are questioning the current status of the party after the loss of the presidential election and six consecutive years of losing congressional seats to Republicans.

As previously reported, Pelosi’s opponent was Rep. Tim Ryan (D-Ohio). Ryan campaigned on the promise of bringing the Democratic Party 2.0, claiming that under Pelosi’s leadership, the party is “burning down.”

Pelosi’s win was aided by the support of a group of female Democrats who circulated a letter, which reportedly said that if Pelosi did not win, it would be another “heavy blow to the aspirations of young women and girls,” after Hillary Clinton’s failed presidential bid.

Following the results, Ryan released a statement congratulating Pelosi on her win:

“It is clear as we learn more about the outcome of our elections that we’re ignoring crucial voices that deserve to be heard. The people I represent in Northeast Ohio and the tens of millions of workers across our country are proud to be called blue collar. Democrats must adopt a progressive economic message that focuses on large, direct infrastructure investments, affordable health care, portable pensions, and public-private investments that promote advanced manufacturing.”