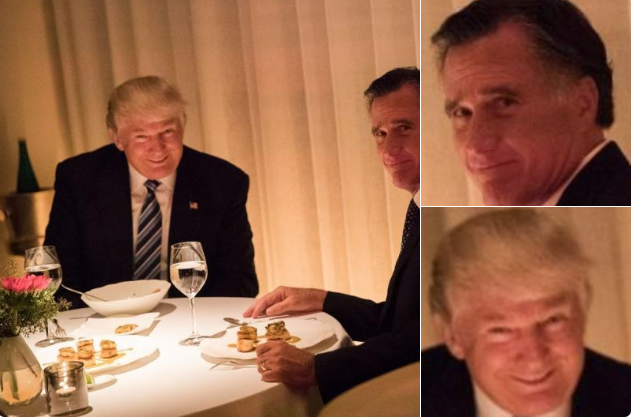 NEW YORK (WeAreChange) — While President-elect Donald Trump ropes in candidates to fill in positions for his cabinet, at least three individuals so far stick out like a sore thumb. And here’s why: all three of them have ties to globalist elite puppet masters. All three of them will work against Trump’s plan to “make America great again”. In fact, I would go as far as to say that having any of them in Trump’s cabinet would be no better than having Hillary Clinton in the Oval Office – and that’s not what America wants nor is it beneficial for the nation as a whole.

Let’s start off with Former Governor of Massachusetts Mitt Romney. Donald Trump has met with Romney for the second time since Trump became president-elect, ostensibly about giving him a position in his cabinet – potentially Secretary of State.

However, all is not rosy with Romney. In July 2012, an invitation was sent out to Romney supporters to an evening fundraiser hosted by Romney, Henry Kissinger and Romney’s brother, G. Scott Romney held at – of all places – Trump Tower.

Anyone with ties to the evil globalist megalomaniac Kissinger should immediately cause warning bells to sound. Why is Kissinger even near the president-elect when Trump has repeatedly denounced globalism and it’s proponents? In fact, one of the most memorable catch cries of the 2016 GOP campaign came from Trump’s historical words: “Americanism not globalism will be our credo!” 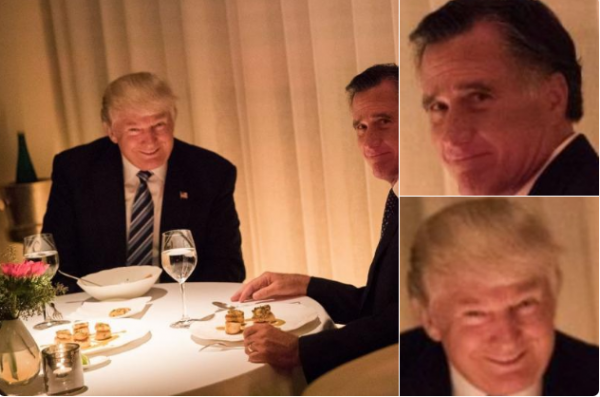 Judging from the picture above of last night’s meeting between Trump and Romney, it’s possible Trump may just be having fun with the ex-Governor, toying with him for political gain and personal pleasure.

Now let’s move on to Former Army General and CIA head, David Petraeus, whom Trump is looking at as another potential candidate of the Secretary of State position.

Quite a large percentage of concerned Americans have been voicing disquietude over president-elect Donald Trump’s choice. One of whom is Senator Rand Paul.

In an appearance on CNN, Senator Paul said it would be highly hypocritical of Trump to appoint someone to his administration who has a history of mishandling classified information after advocating criminally charging Hillary Clinton for the very same reason.

“I think the problem they’re going to have putting forward is there’s a lot of similarities to Hillary Clinton as far as revealing classified information,” Paul told CNN’s Wolf Blitzer.

“They spent a year and a half beating up Hillary Clinton over revealing classified information and then they would appoint somebody who the FBI says not only revealed it, but then lied about it in an interview and purposefully gave it to someone who did not have the clearance to have that,” he added

Senator Paul is not alone in his concern over the potential Petraeus pick with many Trump supporters noting that the former General is an elite insider, attendee of secret Bilderberg Group meetings, and an enemy of the US Constitution.

The third candidate who has triggered warning lights is former New York mayor, Rudy Giuliani. Mr. Giuliani has a notorious history of backflipping and shifting on political standpoints regularly. From Democrat to Independent to Republican. He is also deeply involved in the lies and coverup of the events of September 11, 2001.

Watch the video below which details Giuliani’s ties to terrorism through relationships with Saudi Arabia.
https://www.youtube.com/watch?v=dwEV3IusKW4
This video highlights Giuliani’s gross irresponsibility and lack of care for the people of New York – the emergency responders, the victims and the families – post 9/11. If Mr. Giuliani couldn’t care less about the victims of 9/11, why should he care about the rest of the United States?
https://www.youtube.com/watch?v=FDLAfJR7K2E
Popular author and independent journalist Mike Cernovich, a well known Trump supporter, has raised the alarm at the prospect of Trump picking Romney for Secretary of State, and has suggested that Trump may instead hire Congressman Dana Rohrabacher (R-Ca), who was loyal to Trump during the election.

Is Mr. Trump backing down on his promise of “draining the swamp,” being setup by his advisers to be a part of the globalist elites’ sinister scheme, or is he playing 5-D Chess as his fans suggest? Either way, these latest developments are quite concerning.