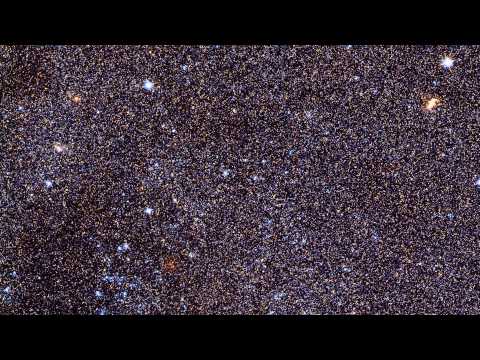 Nasa has released a 1.5 billion-pixel image of the Andromeda galaxy, our nearest galactic neighbour, which contains over 100 million stars and spans more than 40,000 light-years.

The image of Andromeda galaxy was captured with the Nasa/ESA Hubble Space Telescope. It is the largest and sharpest image ever taken of the galaxy.

Andromeda, otherwise known as M31, is two million light years away from the Earth, according to Hubble Space Telescope, which is a project of international co-operation between Nasa and the European Space Agency.

This is a cropped version of the full image and has 1.5 billion pixels. One would need more than 600 HD television screens to display the whole image.

It is the biggest Hubble image ever released and shows over 100 million stars and thousands of star clusters embedded in a section of the galaxy’s pancake-shaped disc stretching across over 40,000 light-years.

This image is too large to be easily displayed at full resolution and is best appreciated using the zoom tool.