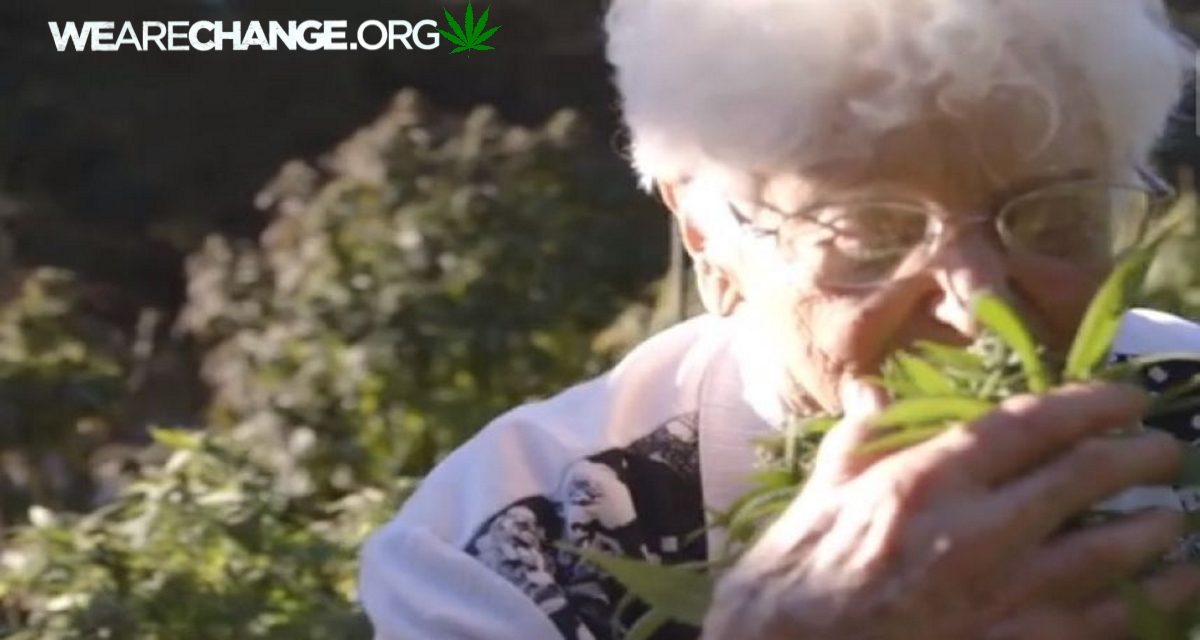 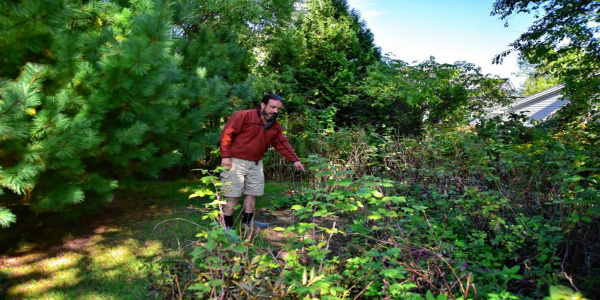 Tim Holcomb points at a spot in the ground where his mother Margaret Holcomb’s marijuana plant was seized Sept. 21 from her backyard in Amherst. Mass

According to the Daily Hampshire Gazette, Margaret Holcomb had been growing the marijuana plant as a medicine. She reportedly used the marijuana to ease her arthritis and glaucoma and to help her sleep at night.

The paper reports that the plant had been growing on Holcomb’s property in a raspberry patch. It was reportedly separated from her neighbors by a fence.

On September 21, a military-style helicopter and police arrived at Holcomb’s home, entered her backyard and cut down the plant, the Daily Hampshire Gazette reports.

Holcomb was not home at the time, but her son and daughter were.The paper reports that Holcomb did not have a medical marijuana card. Police said the plant was in plain view.

Holcomb told the paper that she feels like her civil rights were violated and said she’s ready to stand up in the case.

“At each location where property owners were home, troopers identified themselves and explained the purpose for the visit, why the plants were being grown illegally, and seized the plants,” the report said. None of the property owners was charged with a crime.

Police chief was unaware these raids were even taking place.

Amherst Police Chief Scott Livingstone said he was unaware that such enforcement actions were taking place in Amherst.

Click here to read the full story from the Daily Hampshire Gazette.