Native American Protesters Banned From Protesting On Their Own Land 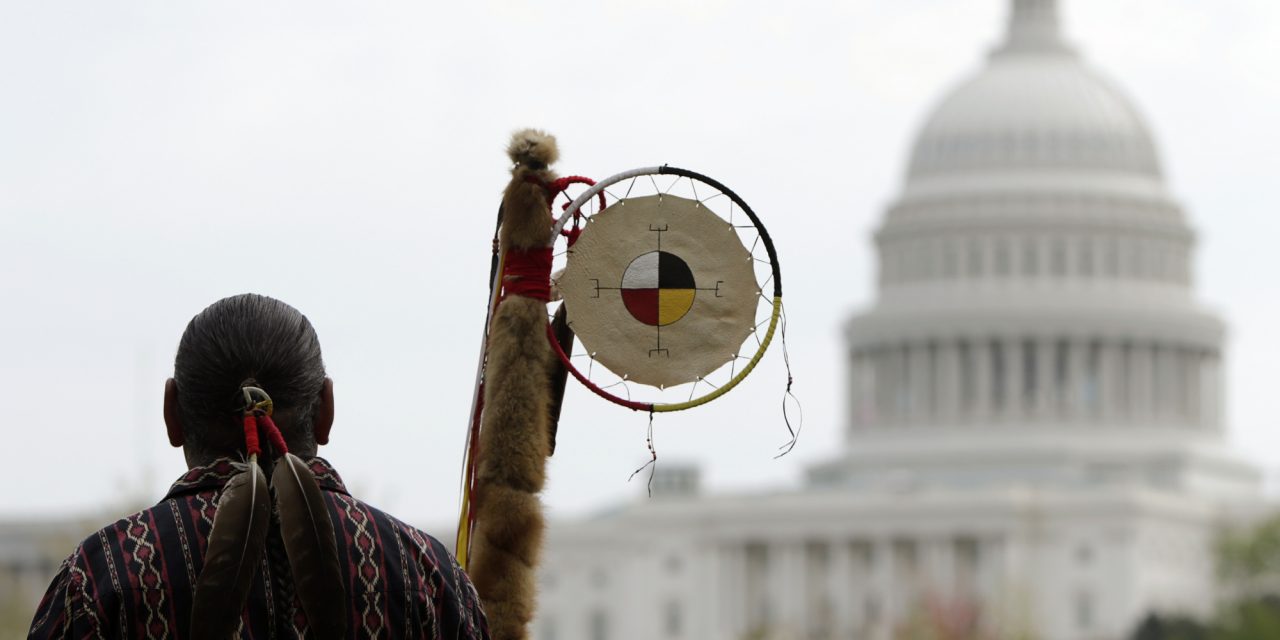 Native American Protesters Banned From Protesting On Their Own Land

A North Dakota federal court has prohibited indigenous tribes from protesting the Bakken pipeline on their own reservations.

Dakota Access, a developer of the pipeline, filed the report citing “Worker and law enforcement safety was at risk”.

This reaction originates from the non-violent protest by the Sanding Rock, Rose Bud and lower Brule Sioux.Dave Archambault II, chairman of the Standing Rock Sioux Tribe said, “as we have said from the beginning, demonstrations regarding Dakota Access must be peaceful.”

Even though there had been no report of violent confrontation with police or otherwise, removing the protest encampments and demonstrators may proceed.

The Bakken project runs through Native American sacred sites, water sources, such as the Mississippi and Missouri rivers.When money is to be made like $3.8-billion and 570,000 barrels of sweet crude oil every day to feed America’s oil habit, we don’t let scared sites or ecosystems get in the way.

Take for example when trespassing settlers found gold in Pahá Sápa or the black hills in 1874.

The black hills where Dakota land by treaty with the United States,once gold was found in Pahá Sápa, the US rescinded the treaty. After the US broke the treaty the gave the Dakota 6 smaller land parcels.

To the Dakota, Pahá Sápa was sacred and no 6 parcels could replace it.When it comes to profit there is nothing sacred enough.
We also have to take into account the environmental destruction the Bakken pipeline will spread across over 1,100 miles?The process used by Dakota Access is Hydraulic fracturing from North Dakota’s oil-rich Bakken Formation.Hydraulic fracturing or “Fracking” has many environmental hazards that outweigh the economic benefits.

Increased seismic activity is felt along dormant or long quiet fault lines.One of the big issues with fracking has the potential to contaminate ground and surface water.Here is a video with some lighting their water on fire with fracking going on nearby.

Let’s also remember Native American tribes were not given the right to free speech, press, and assembly until the Indian Civil Rights Act (ICRA) in 1968.

Even now those right are selective and arbitrarily removed at the whim of the state whenever it best profits their interests.