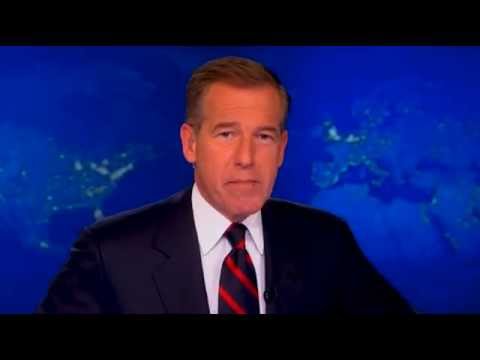 NBC News anchor Brian Williams delivered a 60-second apology to his viewers Wednesday night for “mis-remembering” an incident during his reporting on the Iraq War twelve years ago. However, he misled his viewers while apologizing for misleading them.

While explaining that he was not in a military helicopter that had to land after coming under fire as he had been claiming, Williams said:

“I want to apologize. I said I was traveling in an aircraft that was hit by RPG [rocket-propelled grenade] fire. I was instead in a following aircraft.”

While it is technically true that Williams was in “a following aircraft,” he neglected to explain that he was in an aircraft that followed the one hit by RPG fire by an entire hour. The way Williams phrased it, “I was instead in a following aircraft,” makes it sound like he was right behind the copter in question.

According to the military’s Stars and Stripes, the organization that exclusively broke the story on Williams’ tall tale: (emphasis added)

The admission came after crew members on the 159th Aviation Regiment’s Chinook that was hit by two rockets and small arms fire told Stars and Stripes that the NBC anchor was nowhere near that aircraft or two other Chinooks flying in the formation that took fire. Williams arrived in the area about an hour later on another helicopter after the other three had made an emergency landing, the crew members said.

Williams even repeated the “following aircraft” fabrication in greater detail on his Facebook page while apologizing to the troops:

I was indeed on the Chinook behind the bird that took the RPG in the tail housing just above the ramp.

Williams may have survived this fabrication if he had genuinely come clean in his public apology, but with the revelation of this additional embellishment, NBC News may very well have to make a move.